1 POSTS 0 COMMENTS
Winner of the Georgia Writers Association’s 2015 Author of the Year Award for his novel Wasted, David Darracott is also author of the novel Internal Security. His other award-winning works include short stories and nonfiction for magazines, in addition to commissioned television and film productions. He holds a master’s degree in English and received a Hambidge Fellowship in 2009 and 2010. A graduate of Emory University, he lives in north Atlanta. 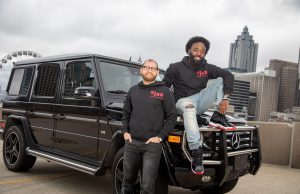 “For some of our customers, owning a car is out of the question, but renting a car that helps provide income...