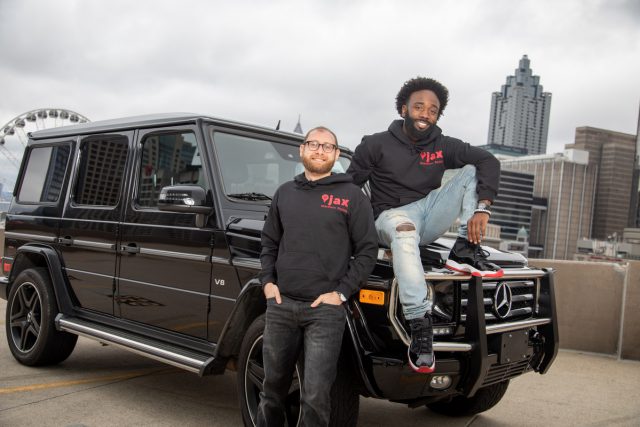 “For some of our customers, owning a car is out of the question, but renting a car that helps provide income can be a life-changing event. Having transportation opens up a world of possibilities, and we are immensely proud of Jax’s role in giving so many an alternative to traditional employment.”

Julius Bryant and Max Hockley know a good car—and a viable business concept—when they see one. Recent Goizueta graduates, these 17MBA entrepreneurs launched their start-up business Jax Rideshare Rentals (Jax) to provide good, reliable rental cars. The company does not compete with the familiar names that provide cars for business travelers, but instead provides sound, reliable used cars to people who need them to make a living.

As utilitarian as their vehicles may be, Bryant and Hockley fill the void in an underserved long-term gig rental niche. Today, Jax thrives as a successful new business they founded less than three years ago. “It feels good, but scary to be taking the risks of entrepreneurship,” Bryant said. “But we wouldn’t change it for the world.”

Both work harder than ever at building their own business, but the freedom to make their own choices, direct their own destiny “and make an impact” more than compensates for the challenge. For both Julius and Max, those personal goals outweigh the advantages and money of typical MBA-level jobs. Their explanation is simple: “We evolved from pursuing the high-paying business jobs to being independent.” Soon after graduating, they left their corporate positions and those fat salaries behind for the high-risk world of launching their own business.

From Zero to 60: Using Vehicles as Tools for Employment

Bryant and Hockley launched initial operations with a single vehicle purchased from savings, a $6000 VW Jetta. Today, their company owns more than sixty cars. The used vehicles they often buy at car auctions fit parameters they need to meet to allow their renters to use them for gig work such as delivery and ridesharing services  – reliable, four doors, and suitable for passengers.

“We wanted to focus on the unemployed–or barely underemployed–who need reliable cars to work for themselves,” Bryant explained. Delivery of everyday items and ridesharing help an increasing number of people who wish to provide those services.

As service providers in the gig economy, Jax is well insured. Customers may drive for Lyft, Uber, DoorDash, and others. Many do not own their own cars, and the risk prevention rules of the industry giants prohibit standard car rentals for commercial use. Those renters make up the majority of their customers. “We’ve even been able to help a few customers literally move up from homeless shelters,” said Bryant of the empowerment his company provides. “We offer people an option over minimum wage jobs. They can work for themselves.”

Improving the lives of their customers was an intentional part of the plan from the beginning. “We want to get people out of perpetual debt and perpetual rent,” Hockley added. “For some of our customers, owning a car is out of the question, but renting a car that helps provide income can be a life-changing event. Having transportation opens up a world of possibilities, and we are immensely proud of Jax’s role in giving so many an alternative to traditional employment.”

The role Goizueta played in creating their new company is beyond question. “Being in an environment with so many smart people gave me an opportunity to meet a co-founder like Max that I may not have had otherwise,” Bryant said. “You bounce things off each other in conversations and classes that put you in the mindset of a business owner.”

Aside from an ownership mindset, both co-founders came away from Goizueta with a better refined skill set. “Even having started businesses before landing at Goizueta, Max and I were both much better prepared to run a business after business school than we were before,” Bryant said. “I honestly didn’t know what a regression analysis was before business school, but that became one of my favorite ‘new toys’ to use after the fact, and I’m much more analytical than I was before. I have my statistics and data science professors to thank for that.”

Humble beginnings lead to great things. For Bryant and Hockley, a business that succeeds is one that makes money and helps provide employment for those who most need it. The founders are ready to expand operations. Hockley said, “Soon we will hire our first employees to start at the ground floor. We’re open to calls.”

Learn more about entrepreneurship and innovation at Goizueta. Learn more about fellow classmates and alumni by following Goizueta Business School on LinkedIn, interacting with us on Instagram, and sharing your news by tagging us on Twitter.