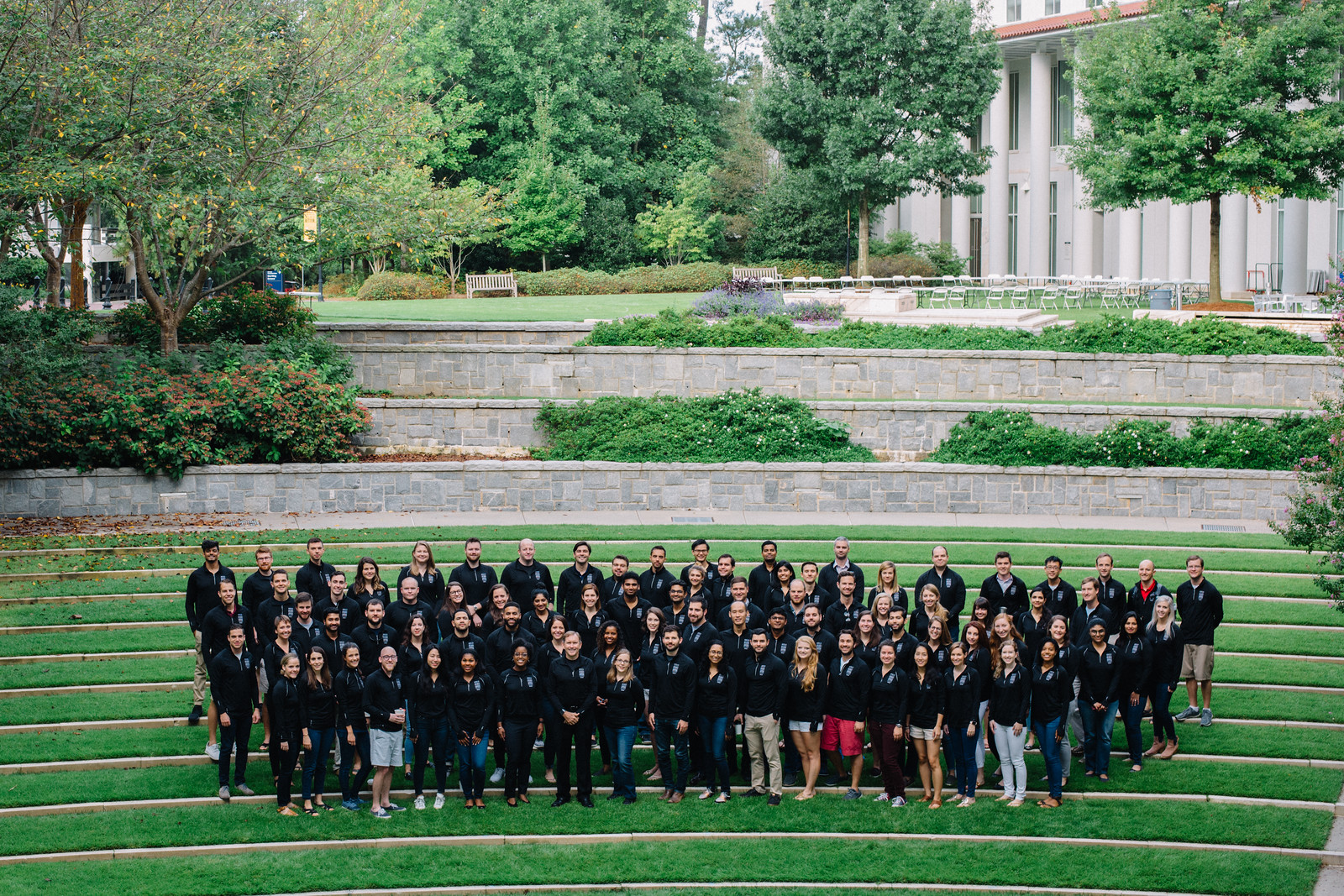 Leadership is an art, not a science.

This idea was emphasized by Goizueta Business School professors Rick Gilkey and Peter Topping as they addressed this year’s group of Delta Air Lines Leadership Coaching Fellows. The program begins each academic year with an all-day seminar and workshop. Throughout the semester, students will work at perfecting the art of leadership while acting as peer coaches for first-year MBA, EvMBA and other students.

The LCF program, now in its fifth year, is part of Goizueta’s Leadership Development Program, and the course is designed to use coaching skills to enhance leadership attributes.

“First and foremost, this is a leadership program,” Ken Keen, associate dean of leadership, told the students. “I want to spend today making sure you are as prepared as possible to engage with your teams.”

Keen, Gilkey and Topping led the students through a case study produced by Dean Erika James. One student acted as a peer coach and attempted to reverse the real-life outcome of the study, which involved the dismantling of a student learning team. 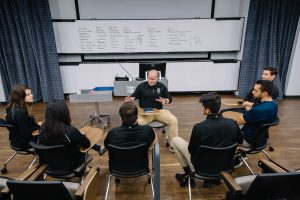 Throughout the morning fellows were given time to journal, reflect, and discuss ideas in small groups.

Gilkey noted first-year students who receive peer coaching may be resistant to the idea for a variety of reasons.

“You may be asked, ‘Why are we doing all this touchy-feely stuff anyway?’” said Gilkey. “But they [would be] missing the point. This is a different level of learning. How you get there and what you learn from that is the biggest takeaway.

“Step outside the game and think about how you’re playing it.”

Topping told the fellows that being an effective coach is something that will always be important.

“Folks, I wish I had been fortunate enough to have the experience you’re having, as someone who is doing a fair bit of coaching now,” Topping said, remembering a time when the group was a quarter of its current size. “Now seeing everyone here and how motivated you all are, it’s very rewarding.”

After the morning seminar, students broke into groups to meet with executive coaches who support the coaching fellows by observing sessions, providing feedback, and being available to answer questions and give advice.

Video asks ‘How do you pronounce Goizueta?’