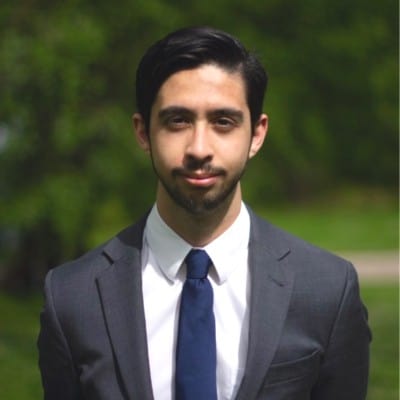 Daniel Mora 21BBA sat in his ideation class as his then marketing professor Joey Reiman posed a simple question: “What do you want to do with your life?” Students answered with working at a bank or in the consulting field. Reiman then rephrased the question: “If I gave you a check for a million dollars and money was no longer a concern, then what would you want to do with your life?” This possibility resonated with Mora. Reiman’s early class foretold a future professional relationship between the two.

“Businesses will be the curators of art. And films, both long and short form, will be the primary art form used for delivering positive impact in the present and ensuring that purpose lives long into the future of each business.”

Joey Reiman, known to the industry as “The King of Corporate Purpose”

After graduating as a Film and Media Management student, Mora completed a new film for Reiman’s company Brand New World Studios, which produces feature films, TV Series, and YouTube content for major Fortune 500 companies such as MasterCard, Swarovski, and Mercedes. The newly released project titled “I Only Need One Word” showcases the simplicity of a powerful, concise business purpose. In it, he relates a story about General William Booth’s leadership of the Salvation Army.

A Business Lens on Creative Film and Media Management

At an early age, Mora fell in love with the creative process of filmmaking. By attending Emory he focused on the logistical business side of film management. To tell a story creatively, “Film allowed me to bring the visual art styles and the music and the sound. It was just the perfect combination for me,” Mora says.

“Emory enabled me to experience the other half of filmmaking,” he says. “You can understand how to make a movie but show business at the end of the day is a business. You need to know how to run it. Because of that, Goizueta has given me an edge over other film students.”

Storytelling has always been at the forefront of Mora’s education and work, and notes that some of the best storytellers are his business professors. “What matters most when making a film is that the viewer understands the message,” Mora says. “I became a better communicator of my ideas through Goizueta. That’s helped me a lot, not only in marketing but in storytelling.” Interested in many things, Mora keeps busy. “I love to cook, paint, play piano, make films, and write,” Mora says.

“What drives me is how can I improve just one percent on anything that I want to do every single day. Learning one small detail might not matter, but if you’re learning one thing every single day for an entire year, that’s 365 things that you didn’t know on January 1. It’s slowly but surely improving upon myself that motivates me.”

Does the entertainment industry inspire you professionally? Learn more about the Goizueta Business School Film and Media Management concentration.

Join us for the Goizueta Distinguished Speaker Series with Thasunda Brown...