Crucial moments in America’s Civil Rights Movement may be decades in the past, but racism and issues of diversity are very much current.

To address and improve diversity management in the country and explore beneath controversial headlines, Goizueta Business School and Emory Law hosted a special conversation with Shirley Sherrod and Dr. R. Roosevelt Thomas Jr. Wednesday. The event was presented by The American Institute for Managing Diversity (AIMD) and moderated by Jovita Moore (WSB-TV) and Denis O’Hayer (WABE).

Sherrod is no stranger to controversy. She was forced to resign from her post with the Department of Agriculture after remarks on struggles with racism and past emotions were taken out of context.

In 2009 Sherrod was named Georgia State Director of Rural Development for the USDA. In July a video excerpt depicting her with negative racial views was distributed to media outlets. Put into context with the entire speech, it becomes clear Sherrod’s remarks illustrate a turning point in her life.

“If I were speaking to another NAACP group or any other group I would tell the story the same way,” Sherrod said Wednesday evening. “I’d do exactly what I was doing on that night in March earlier this year. I get the attention of the people there by weaving the story and then saying: ‘Hey, if I can move from that point, come on and go there with me.'”

Sherrod received various apologies after the content of her entire speech was released and reviewed. She was also offered another position at the USDA, which she declined.

She spoke about her life experiences and how they shape her opinion — her story.

Sherrod’s father was killed by a white man when she was 17. An all-white grand jury did not send the case to trial despite three witnesses to the shooting. Faced with a transformative moment, she set a life’s goal to “bring about change” and made a career of helping African American farmers.

“My life has been about fighting,” she said. “Nothing has come easy. Going back to what happened with my father, we had to fight then. We started the Civil Rights Movement in my county… To sit back and do nothing was just not in me.”

The controversy from earlier this year, according to Sherrod, shows a need to research and “get to know people” before passing judgement. Many times she spoke of harmony, ending fighting and people — regardless of race — working together to solve problems.

“I’m a firm believer that if we talk to each other and if we can get to the point where we can hear each other then we can talk through and deal with most misunderstandings,” she added. “That’s how I’ve operated throughout my life. That’s why I’m so concerned about getting the truth out to the general public.”

Yet real issues of diversity management exist in the world, particularly in business.

Thomas describes Sherrod’s experience as “an eggshell situation,” which requires clear decision making. He says organizations do a good job of  “getting diversity” but there’s a need for better management.

“One very critical lesson, for me, is the need for individuals and organizations to become diversity capable… It almost seems they’re talking about the organization and not the individual,” said Thomas, a renowned consultant on diversity issues and founder of AIMD.

He said companies think managing diversity — in thought, and race — ends with peaceful coexistence but issues of utilizing talent remain. With diversity, according to Thomas, comes tension but leaders need to move beyond compromise and embrace “consensus building.”

“Not only are organizations caught up in the numbers, they’re caught up in harmony,” he said. “They take great pride when there’s a sense of community and people get along. And they should. The issue that’s not addressed is ‘Are we fully utilizing everyone’s talent, however it is packaged?’ 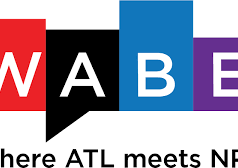 “More insurrection fallout in Georgia as COVID deaths spike across the state,” WABE