Job numbers remain a key component to economic recovery but, if initial stats and anecdotal information is correct, the market is looking better for those fresh out of Emory University.

According to a report by the university’s communications department (video below), about 60 percent of job-seeking business school seniors had jobs lined up by April — a month before graduation.

That percentage has increased steadily each year since 2009.

In March the undergraduate BBA program was ranked No. 3 in the nation by Bloomberg BusinessWeek, it’s highest ranking to date.

“There has been a significant increase in February of this year compared to February of last year,” Andy Rabitoy, director of the BBA Career Center, told Emory Communications.

He added more employees are “in the mood” to hire or increase hiring goals.

Rabitoy said he expects about 90 percent of graduating BBAs to have job offers by the end of the summer — up from 82 percent in Summer 2010.

According to the report, an average of 60 percent of graduating Emory seniors move on to graduate school, internships, the military or other opportunities. Around 40 percent actively seek jobs. 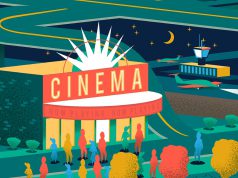 The Future of the Workplace