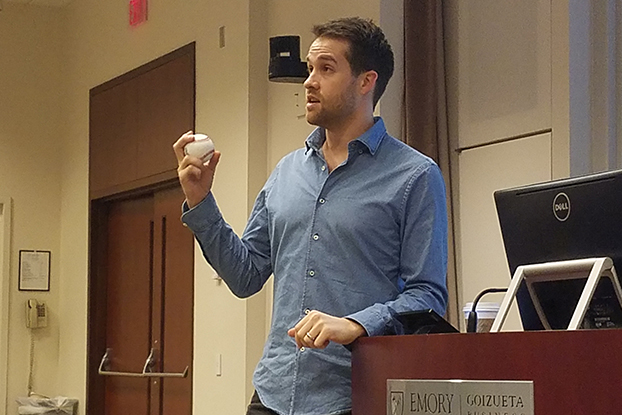 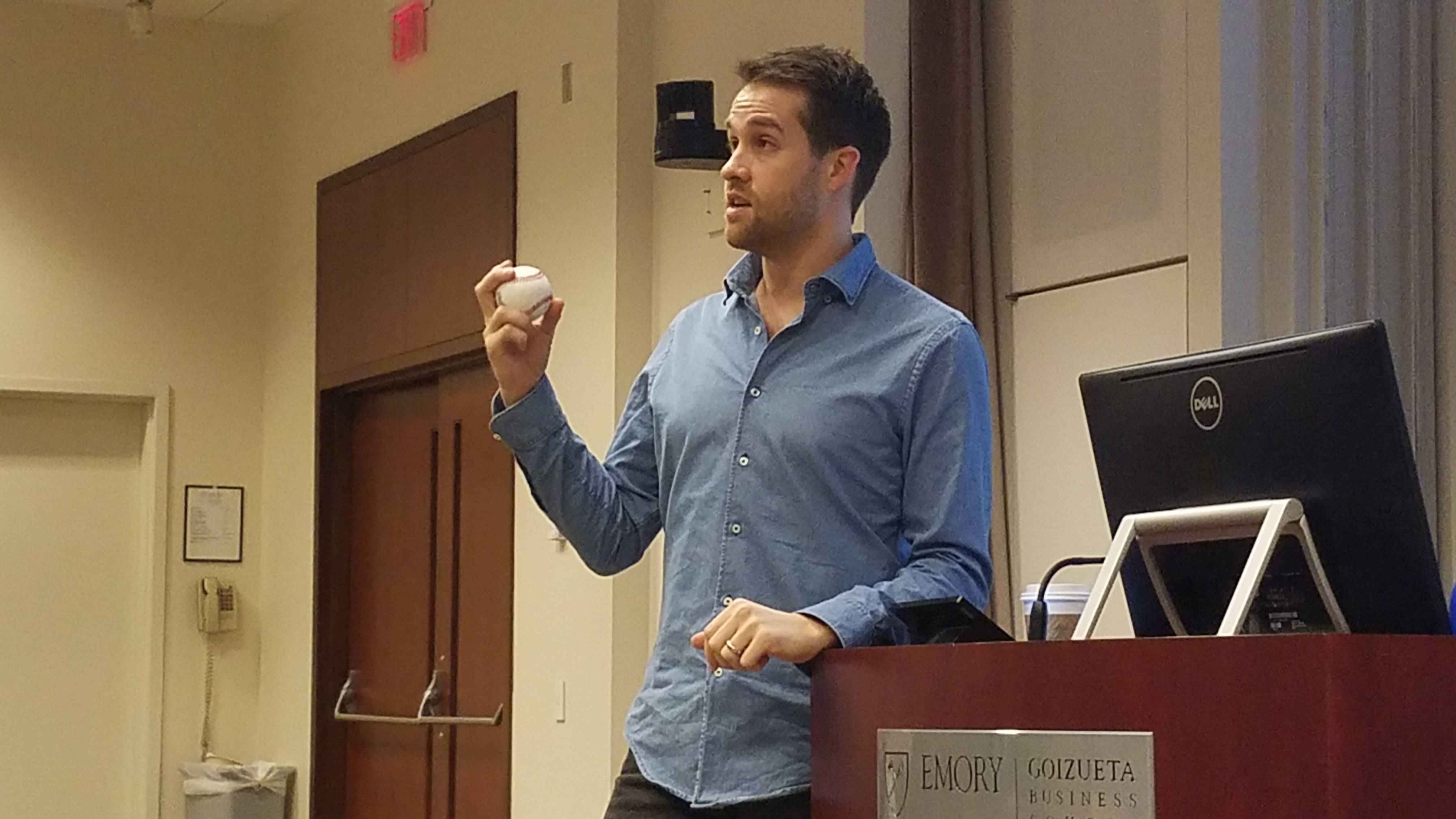 At the end of last semester, students had the opportunity to hear from a unique speaker at Goizueta.

Collin McHugh, a pitcher for the 2017 World Series Champs, the Houston Astros, along with his financial advisor, George Hiller, Jr. 16MBA, came and spoke to Assistant Professor in the Practice of Finance Tom Smith’s undergraduate students about the ins and outs of major league baseball’s financial industry. The lecture was in a question and answer format, which can be found below.

Q: Our professor mentioned that you’re involved with a company that takes 10 percent of your salary. Could you elaborate and tell us about your mindset when you chose to participate in this program?

McHugh: It’s a company called Fantex, and it invests in players and gives them an upfront lump sum of money in exchange for a percentage of future earnings. The company will give you a certain future value. They’ll give you this lump sum at present value hoping that in the future you will out earn the value they put on you. There were probably 10 of us in the last few years — baseball players, football players, golfers, tennis players — who opted into this investment strategy as a chance to create some security for ourselves early in our careers. It’s hedging a bet against injury or the natural progression of a ballplayer moving out of a game without maximizing earnings. Its 10 percent every year for as long as you’re using your baseball-likeness, whether that’s your salary while you’re playing or afterward if you’re working in other aspects of baseball.

Q: What kind of athletes does Fantex go after?

McHugh: Guys who have already made it to the big leagues but have yet to reach arbitration. The three years that they’re under that rookie contract is kind of that sweet spot time-wise. On top of that, there’s a sweet spot in terms of talent level, but most of the extremely young and talented guys tend to price themselves out.

Q: A lot of players go through the minor league system and go all the way. Is there any feedback from owners and coaches managing their money?

McHugh: This is why you hire people that are smarter than you that know more than you about finance. But also, not all players are equal in that sense. When you get drafted and signed, you usually get a signing bonus. Some guys are really high; some guys are $1,000 and a plane ticket. I was in between; I signed for $80,000 out of my third year of college. You have to make that money last until you start making real money in the major leagues. You’re making about $1,100 a month when you’re in the minor leagues and as you advance, your salary goes up marginally. I was making $2,500 a month in Triple A. The big-league minimum is $505,000 and one step below that, in Triple A, the average salary is probably $14,000 a year. The disparity is huge. You learn to live on a lot less in the minor leagues. That’s probably why baseball players tend to manage their money a bit better than those in other sports. 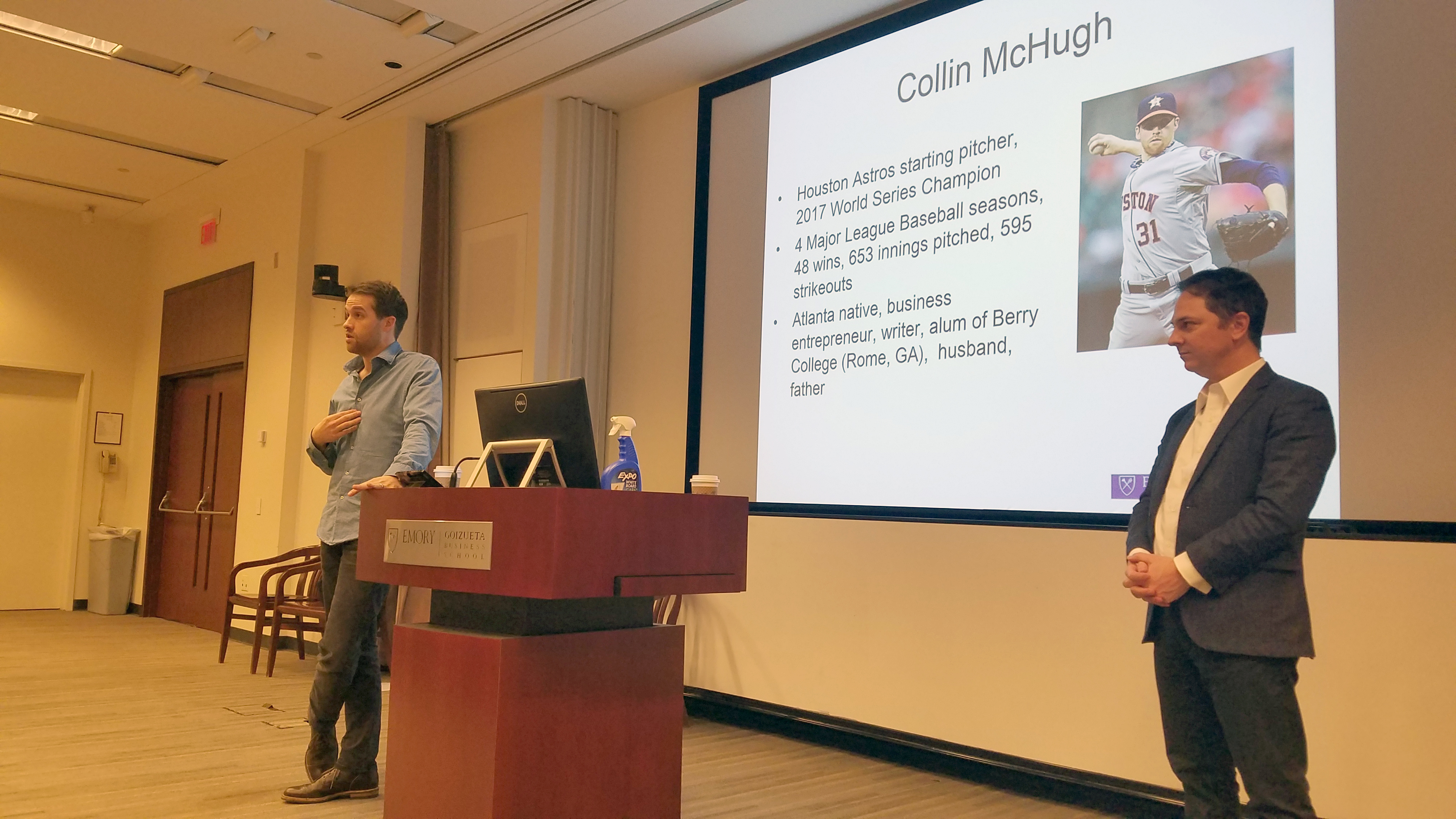 Hiller: I’ve worked for Collin as his finance manager since he was in the minor leagues, and it’s been impressive to observe Collin’s discipline and habits. In your early years in baseball, any excess value that you create, beyond that initial signing bonus, gets accrued to the club, and you have to play three full seasons to enter your arbitration years. That just began for Collin last year. At that point, a player usually gets a significant increase in compensation. Collin went from making league minimum in 2016, roughly $525,000, to $3.85 million last year. A team will tender a contract and sometimes will try to get a player to sell their years of arbitration by getting them to agree to a deal that’s beyond the upcoming season. The player’s team has the opportunity to file a figure they think is fair for what the player should earn, and then the team may come back with a figure if they can’t agree. A number of these cases will settle and avoid the process of actually going through arbitration, which involves a legal case with outside counsel retained.

McHugh: From a player’s rights perspective, having arbitration rights is one of the biggest things that’s ever happened in professional sports. We have the opportunity to be on an even playing field with a club that’s valued at many times what we could possibly earn. It involves a panel of three arbiters with equal representation at the table. You’re able to present a real case based on real value. We were fortunate enough to win the case and create an extra half million dollars in value out of thin air.