Hurricane Matthew spent Thursday evening churning along the East Coast, spewing powerful winds through Florida beach communities from Miami to Jacksonville. Friday morning the storm weakened slightly with winds of 120 mph. It is still the most powerful storm to strike Florida since Hurricane Wilma in 2005. Hurricane Hermine, a much weaker storm, impacted the state earlier this year.

Florida Gov. Rick Scott issued evacuation orders earlier in the week as Matthew left a trail of destruction through the Caribbean. More than 300 people died as the storm passed over Haiti. In the United States standards for preparations and response are set for governmental agencies, but how those standards are actually operationalized in practice vary. A  National Science Foundation study of the Miami-Dade Emergency Operations Center in Florida  is focusing on discerning the best practices engaged by this innovative organization that is highly familiar with such disasters.

Michael Prietula, a Professor of Information Systems and Operations Management at Goizueta Business School, is working in collaboration with Emory’s Office of Critical Event Preparedness and Response, the University of Notre Dame and the Miami-Dade Office of Emergency Management. The study has produced a “virtual operations center” modeling tool to investigate how public and private agencies exchange information and make decisions during times of crisis.

Prietula, like many Americans, has family in Florida. He has kept a close eye on Matthew. Besides providing more data on emergency responses, he said the storm brings its own unique challenges. If a hurricane moves across the state in a horizontal or diagonal path,  municipalities can lean on neighbors for support and supplies. However, Matthew is moving up the coast so, as Prietula puts it, there may be problems getting immediate  help from their neighboring communities.

“The overall goal for everyone is ensuring the safety and continuity of the community — everybody has a stake in the game,” he said. “The trick is how to prepare and execute actions that ensure that goal, this time within a major hurricane.  How communities (county, region, state or beyond) respond is a remarkably complex organizational task and demands the best of leadership.”

“Consider what must be done to prepare, mitigate, and recover from consequences of such threats,” he said. “Evacuations involve decisions across agencies.  When will the Department of Transportation raise the toll-gates? When will the county reverse traffic for evacuations? When will the governor declare a formal emergency that allows businesses to access insurance benefits and, thus, decide to close?”

The Miami area didn’t receive the brunt of Matthew’s impact, but decisions there can affect a larger region. Prietula said more than 60 agencies are represented in the Miami-Dade Emergency Operations Center. Businesses large and small play a vital role before, during and after a hurricane and will likely be called upon to aid in recovery along the coast.

“Public, private and voluntary organizations all need to communicate and coordinate,” he said. “A large part of managing responses to events is the acquisition and allocation of resources — food, police, emergency responders, and medicines. One of the most important general resources after a large scale event is the distribution of portable cash machines… And on it goes. Business participation is essential for all components, and the Emergency Operations Center is often the critical focal point for coordination of that participation” 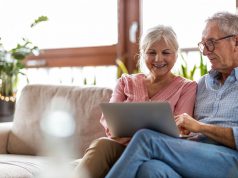