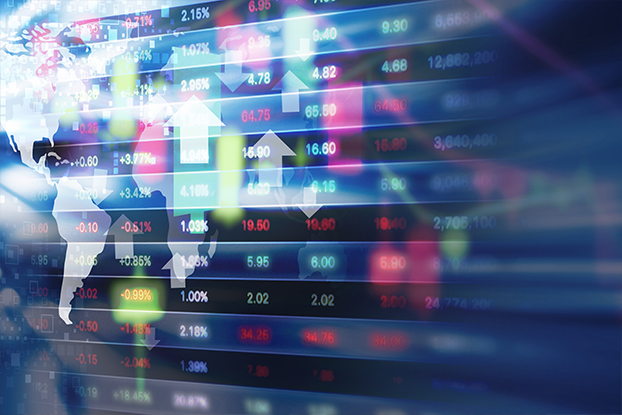 In previous eras, the stock market may have reacted differently to a seemingly endless drumbeat of geopolitical headlines sure to rattle it.

These days, the reaction is little more than a yawn, or momentary dip only to rebound within days, said Jeffrey Busse, an associate professor of finance at the Goizueta Business School.

That behavior dates to last summer’s Brexit vote, also known as the United Kingdom European Union membership referendum. It continued following the election of Donald Trump. In recent weeks, it has absorbed headlines involving troop deployment to Afghanistan, North Korean missile launches, an unstable government in Venezuela and the latter two countries facing economic sanctions. All of those appear to have had short-lived effects on the market, Busse said, as the market dipped for a few days and then recovered.

At the peak of the rhetoric between the leaders of the U.S. and North Korea, the S&P 500 index dropped 1.5 percent on Aug. 10. But otherwise, none of these events have caused a long-term disruption to the financial markets.

“We have a period of very low volatility by historic standards,” Busse said, referring to this year, but also going as far back as early 2012. “Lately, it never drops substantially. Even 1 percent is a big move. These things, they don’t seem to have the impact that they used to have on the stock market.”

Busse added that the market behaves in a way that most people feel the Federal Reserve would come to its rescue during a turbulent time.

“Any sort of dip in the stock market, people come in and buy it and bid it back up,” he said. “So it never has an opportunity to drop too much.”

A popular volatility measure, the Chicago Board Options Exchange’s Volatility Index, known by its ticker symbol VIX, shows implied volatility of S&P 500 index options. Busse said that has been near historic lows recently because the market is pricing in low-risk relative standards.

Part of the behavior could be attributed to passive investing where people try to mimic an index like the S&P 500 and buy a broad basket of stocks.

“You have all this money buying index funds and it sort of props up the market,” Busse said.

The New York Times recently reported that some of the best-performing investments in the world this year have been exchange-traded vehicles that investors can use to bet against the VIX, better known as Wall Street’s fear gauge.

“There has been a Pavlovian response by investors to disregard any piece of bad news or any spike in volatility, and that has been a very profitable strategy,” Russ Koesterich, a portfolio manager for BlackRock’s $39 billion Global Allocation Fund, was quoted as saying by the Times. “But we do think that there are risks in the world that are not being priced in.”

Given that the market is at historic highs in valuation levels, Busse admitted that it does seem susceptible to a drop off. But North Korea and Venezuela aren’t big enough issues to resonate with most investors, largely because of their small economic standing in the world. In North Korea’s case, it’s a “half a world away” and has no impact on the U.S. economy.

However, a potential threat of a shutdown of the federal government is one scenario that could lead to an increase in volatility and impact on the market entering the fall.

“Usually at the 11th hour they come up with some solution to resolve things,” Busse said. “But this time could be one where they’re not able to do that. I still think they will, but to the extent that the market believes they’ll eventually get something done, if they didn’t, that could rattle the markets.”

Goizueta Commencement Activities on May 14