Home Faculty Suppliers, it’s time to rethink your customer base

You might have heard of the beer distribution game.

The idea is that a group of participants enact a four-stage supply chain scenario. Some take on the role of those at the point of origin in the supply chain – the upstream agents: manufacturers and distributors. Others role-play the downstream agents at the other end of the chain – the distributors and end-customers: in this case, let’s say the bar owners and beer drinkers. The goal is simple. All you have to do is produce, deliver and sell the beer to your customers, while keeping your costs on back orders and inventory to a minimum.

This should be easy enough, in theory. The basic rules of economics suggest that customer demand dictates supply. In practice, however, things can get a little skewed. And this disconnect can happen fast.

For a start, players have limited information. They can only see what’s in front of them – bits of paper with order numbers. And as they start to share this information with each other, all kinds of coordination issues arise. Things start to go wrong. Customer demand for X or Y kegs of beer is imperfectly relayed to the bar owner retailer, who in turn passes it on the other players upstream, but makes mistakes in doing so. The result is a kind of Chinese Whispers where confusion reigns, poor decisions are made about stock, too much or too little beer is manufactured or supplied. You end up with increased costs in the supply chain, and, not to mention thirsty beer drinkers.

The beer game is just that – a game. But it represents a problem that is all too familiar to suppliers in most industries and sectors. It’s called the Bullwhip effect, and it’s a conundrum.

Suppliers have long grappled with different ways of attenuating the difficulties with demand information from customers as it travels upstream. From end users, to retailers, to resellers to suppliers, to manufacturers, the data gets distorted along the way and leads to a host of problems for suppliers. They’re left grappling with excessive, or insufficient inventory, stock, backlogs, problems in production planning and other issues that are time-consuming and costly to fix.

“The Bullwhip effect is a real challenge for suppliers in every industry,” said Nikolay Osadchiy, associate professor of Information Systems & Operations Management at Goizueta Business School. “Because demand information gets distorted along the chain, suppliers can see a lot of volatility at their end which can translate into more inventory and drives up costs. It’s a really pressing issue that needs to be addressed.”

Osadchiy and his colleagues have come up with a novel approach.

“Until now, we have tended to solve this problem by working with each customer independently, by making them share the demand information or replenish their stock more frequently or simply work with smaller orders,” he said.

Osadchiy wondered if a better solution might be to shift the focus from customers to the suppliers. What if suppliers were to get more proactive about managing their customer portfolios – could a right mix of customers attenuate the Bullwhip effect, and save money and inventories in the process?

Together with Bill Schmidt from Cornell University and Jing Wu from the Chinese University of Hong Kong, he put this to the test in two ways.

First, they modeled a supply network based on 15 years of data from publicly traded companies across the globe. Second, they determined the ‘upstreamness’ that different firms had – or the positions they occupy – within that network. It wasn’t easy, noted Osadchiy.

“We used the distance to final consumers as a measure of upstreamness: firms that sell consumer goods would be the most downstream, their immediate suppliers would be one layer above, suppliers to suppliers – two layers above, and so on. It turned out that the supply network is quite deep, reaching up to nine layers of depth.”

And third, they examined the demand distortion within each firm and measured demand variability across the different layers of the network to determine how they affect each other.

The results were clear. “We find that demand distortion, one component of the Bullwhip effect, is overwhelmingly commonplace,” said Osadchiy. “Modeling the data, we see that order variability is on average 19 percent greater than variability of demand. Yet, despite the distortion, the demand variability did not change much from downstream to upstream. That was puzzling.”

The researchers also reviewed the supplier-customer dynamic as a means of resolving the puzzle. Here Osadchiy and his co-authors again turned to the data to see how changes in the customer base affect demand variability. They also interviewed more than 20 different firms to understand how suppliers felt they might “manage” their customers.

“Typically suppliers have multiple customers,” he said. “This actually means that in theory they could easily mix and match their customer base, balancing a spike in demand from customer A, say, against a quieter period with customer B.”

Looking at the data again, the researchers found exactly that. When supplier firms got proactive about their customers, managing their demand through things like discounts, rebates or better terms, they were better able to mitigate the Bullwhip effect themselves without losing or having to produce more stock.

And, there’s additional evidence that suppliers are already doing this.

“The data shows that suppliers do intuitively select their customers in a way that reduces the overall demand variability. For example, suppliers especially favor customers that place orders during a slow season when there is excess capacity. Even a customer that heavily distorts demand can be very valuable, as long as their orders come during a slow season for the supplier.”

For years, the business community and policy-makers have talked about the need for customers to diversify their supply chain, says Osadchiy. These findings show that the same is just as true for suppliers.

“The mechanism is similar, but it’s on the other side of the supply chain,” he said. “It makes just as much sense for suppliers to mix and match their customers – add some, lose others and incentivize the right ones at the right time to maximize productivity, keep resource utilization steady, and their costs low.”

Supply chains are not simply chains, he adds. They are actually networks.

“We think of supply chains as linear structures or streams that lead up and down to different levels. But in fact they are complex networks. The supply chain is an interconnected web, and the Bullwhip effect is a network phenomenon that arises from combined demand.”

For suppliers the message is simple – especially in times of crisis like the current pandemic, which has compromised supplies across the globe.

“It’s not just about diversifying your suppliers. It hits both ways. Suppliers need to have a right mix of customers too.” 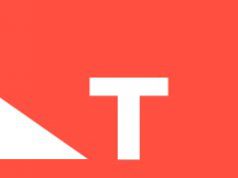 “The Covid Shift to Remote Work is Placing Another Burden on Women: Housecleaning,” NBC News THINK 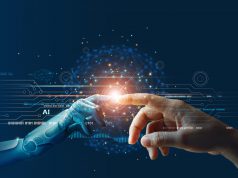 Do Wholesalers Discriminate Against AI in Procurement Practices? 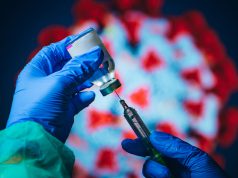 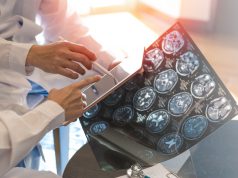 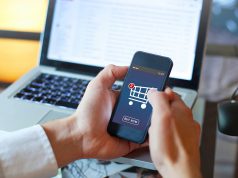 Why online recommendations make it easier to hit “buy”

“The economic impact of the coronavirus,” Fortune

Empowering virtual teams now and in the future