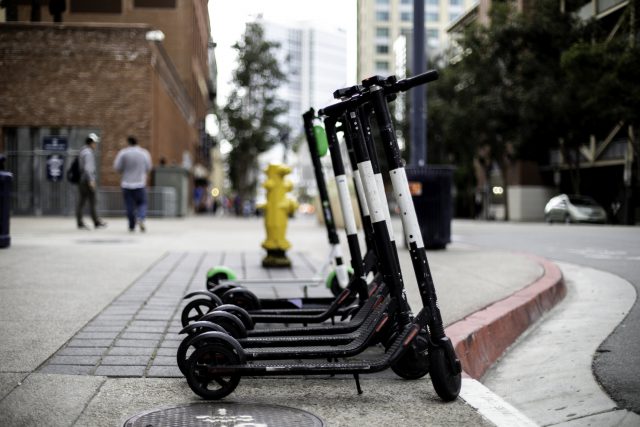 ATLANTA, March 11, 2021 – New research examining the economic impact of micromobility on local economies found shared e-scooter systems created an estimated $13.8 million in additional sales across 370 food and beverage companies in four cities over six months in 2019, as compared to four similar cities over the same time period without e-scooter programs.

The study compared consumer purchase patterns in four cities that allowed operation of shared e-scooter systems – Atlanta, Austin, San Francisco, and Washington, D.C. – to similar cities that did not at the time – Boston, Houston, Phoenix, and Seattle. The study used extensive econometric methods to uncover purchasing that was caused by e-scooter rides, which would not have occurred otherwise.

“The post-COVID economic recovery remains slow, but this research shows we shouldn’t ignore the positive impact of micromobility on small businesses,” said Dan McCarthy, senior author of the study and assistant professor of marketing at Emory University’s Goizueta Business School. “This is especially relevant for the food and beverage sector, a significant source of jobs, which is suffering sales declines larger than most other sectors of the economy.”

The study uncovered e-scooter usage generated significant positive economic spillovers for the food and beverage industry purchasing in a similar way that consumers make impulse purchases at grocery stores – its effects are larger for businesses where the consumption happens more quickly, and businesses selling at lower prices.

“Since these companies represent approximately 15 percent of the overall food and beverage market in these cities, the actual impact could be much larger,” said McCarthy. “If, for instance, subsequent research confirmed a similar level of uptick across all food and beverage companies in these markets driven by micromobility, the overall full-year economic impact could be close to $200 million.”

“This study illustrates the importance of research in informing cities’ policy decisions related to shared e-scooters, where a common approach has been prohibitive regulations which limit fleet sizes and charge burdensome permit fees to operators, in turn limiting the potential for growth and positive outcomes,” said Josh Johnson, Public Policy Manager at Spin. “Our hope is that this research changes the narrative and instead shows the positive impact e-scooter share can have by supporting cities’ transportation systems and local economies.”

Headquartered in San Francisco, Spin is one of the leading micromobility companies and a unit of Ford Mobility. Spin has been recognized for launching the first stationless mobility program in the United States and was instrumental in crafting the world’s first mobility permit system. As a trusted and reliable partner, Spin currently operates e-scooters in many cities and universities in the U.S. and Europe. Spin consists of a diverse team of experienced professionals from government and private sectors, and the transportation advocacy world, all of whom are committed to fulfilling the company’s mission–giving people the freedom to move and bringing people, communities and their urban environment closer together. https://www.spin.app

Lewis: Curry should take advantage of hype while it lasts