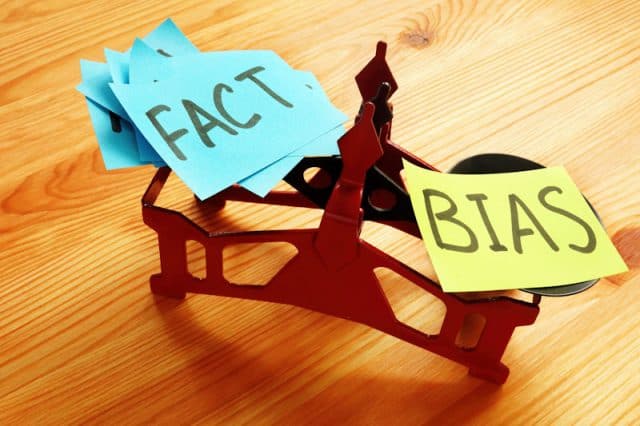 To tackle bias in the workplace, companies often require employees to attend training for diversity, equity, and inclusion (DEI). Research has shown, though, that co-workers are often irritated that they have to spend their time perusing “boring modules,” and consequently, they react negatively to the content.

To create a more engaging experience for employees, Goizueta Business School students created and shared educational TikTok videos for academic credit last semester in Bias in the Workplace. The course, a requirement for the school’s new DEI concentration, is taught by Associate Professor of Organization & Management Erika V. Hall, who also serves as faculty advisor in the Business & Society Institute.

“Reinvent implicit bias training or diversity training so it’s not boring or trite,” Hall told students. She chose the following four TikToks as best in class.

In her two-minute video, Terri Martin 22BBA re-enacted studying financial accounting as a sophomore. Being the only Black woman in that class made her psychologically vulnerable to a form of workplace bias—stereotype threat.

“Others may see me as a diversity token, not intelligent, unapproachable, and not as accomplished,” Martin recalls in the video. “I don’t think it was my unpreparedness that caused me to perform the worst I ever had in my entire college career. It was the stress of trying to prove others wrong that I, in my mind, proved them right.”

She worked through this challenge with the support of faculty who promoted acceptance.

“It was the teachers with extensive diversity, equity, and inclusion policies in their syllabus, who vocally address their concerns and who really show their support for all students,” said Martin, who served as president of the Goizueta Black Student Association before graduating in May. “Those teachers allowed me to see the business school shift from a place of anxiety and stress to a place of community and growth.”

Martin’s full-time work in DEI starts in August with Mercer Consulting. In an interview, she said the TikTok project was a highlight of her favorite college class.

“Not only did I learn about the experiences of others, but the class was also very diverse, and we connected over different concepts that did not affect just one group,” she said. “These concepts affect everyone.”

Hall’s review: “It illustrated the concept really well, and she’s very open about her personal experience. It was really honest.”

Like Martin, Dongju Son 22BBA brought his personal experiences to this project. He watched his parents get puzzled looks when they communicated. “There is nothing ‘broken’ about their English,” he said in an interview. “They moved from a country on the opposite side of the world and had to learn a whole new language to help me and my sister live our best lives. I wanted to create this video to spread awareness of the unconscious bias that often occurs when people hear a ‘foreign-sounding’ or ‘unnatural’ accent.”

He digitally cloned himself for his fast-paced, three-minute instructional video for recruiters. In the video, he plays an Emory marketing major from South Korea interviewing for a job at Amazon alongside a nameless Amazon hiring manager who botches the interview.

He also appears as John Smith, an antibias trainer with Amazon who points out all the mistakes: “I don’t ask to clarify the person’s name. I don’t even say the person’s name. At all. It’s because I’m too scared to mispronounce it. I don’t let the person finish because I’m already disengaged from his accent. I don’t really understand what he’s trying to say, so I accidentally cut him off. This is not the proper way we want to deal with our interviewees.”

After his video clones re-enact the interview with cultural sensitivity, he praises what the hiring manager did right: “Asks and clarifies everything because they’re trying to combat their accent bias and trying to better understand what this person is saying. By doing this, you make the interviewee feel more comfortable and help them understand that you’re trying to get on the same page. The interviewer was very polite and respectful, and respect goes both ways.”

Hall’s review: “Isn’t it cool? All the students were challenged to get a concept across in three minutes. This was really creative. So well done.”

Jael Medzagoh 23BBA aims for a career in the music industry and channeled that aspiration in her TikTok. Using the second person point of view, she imagined a video game posing a series of choices as you help organize the performance by K-pop megagroup BTS at the Grammy Awards.

When a coworker disparages the superstars’ language skills, you decide to offer a subtle lesson.

“You ask your coworker if they’ve traveled out of the country, and they say yes,” Medzagoh narrates. “You have as well, so you share your story: ‘I had a great time even though I know I didn’t speak the language well. I spoke with an accent. I didn’t feel limited, though, because no one judged me. They appreciated the fact that I tried to speak, and they helped me.’

You then explain that BTS’ success isn’t surprising ‘because they’re trying their best to communicate in their non-native language, so people are more appreciative of that and help them out as well.’

Your coworker does not apologize but accepts the message and tells ‘their own version of the story,’” Medzagoh intones. “You’re able to get back to work and focus on bringing the best BTS performance at the Grammys.”

In an interview, Medzagoh said that “biases manifest in all areas of our lives, even in places where we don’t expect or want them to be. I wish for viewers to understand how important it is to consider others’ perspectives in all situations.”

Hall’s review: “Super innovative, out-of-the-box creative. A video game is engaging, and people understand it, which makes this a really nice platform.”

When a company requires employees to participate in DEI training or other programs, employees often react—they push back when the choice is taken away, even when the requirement benefits them. That’s one point made by Samantha Kass 23BBA and Jack Kelleher 22BBA in their TikTok tackling bias toward someone speaking with an accent.

“Accentism affects many international speakers and can manifest subconsciously in peers, bosses, professors, and friends,” Kass and Kelleher said in an interview.

Kelleher, from New Zealand, is one of those speakers. He narrates the TikTok along with Kass.

“It takes less than 30 seconds to linguistically profile a speaker and make assumptions about social class, economic status, ethnic origin, and education,” they point out in the three-minute video. “Why does this matter? There’s already a large amount of research on preventing biases based on skin color, ethnicity, and gender. However, accent biases appear to be more acceptable.”

Kass is interning this summer with PwC’s Transformation Consulting Practice.

“I will interact with many people of diverse backgrounds when working in large companies and at Goizueta,” she said. “I can now be aware of subconscious biases, as well as stand up and be an ally for my peers. Learning about DEI is incredibly important for anyone entering the workforce.”

Kelleher now works as an analyst in the diligence advisory group at Cushman & Wakefield in Atlanta. The TikTok project “holds a special place in my heart,” he said. “I could, in the future, be subject to unconscious bias in the form of accentism in the workplace.”

Hall’s review: “Professional and engaging. The images and animation keep the viewer involved. I could really see this being something for a company’s implicit bias and DEI training.”

Amplifying Awareness of DEI at Goizueta

Hall encouraged the students to use their TikToks to point out ways that Goizueta can improve its DEI efforts.

“As professors, you can help reduce stereotype threat in academic settings by building trust and creating safe spaces,” said Martin. “You can create a welcoming environment free of bias in your discipline. Honor multiple perspectives, and create opportunities for students to talk to each other and engage in difficult conversations. Be diverse in what you teach.”

“We specifically want to target on-campus recruiting,” Kass and Kelleher said. “Recruiters are often a student’s first impression of an organization. Learning about potential job opportunities or participating in interviews, students want to accurately represent themselves and put their best foot forward. When faced with a recruiter who subconsciously exercises their accentism, they’ll feel ostracized and consequently suppress their accent.”

Kass and Kelleher suggested that a business encourage (not require) on-campus recruiters to watch videos of real-life interactions involving accentism and to assess students’ abilities to perform work, rather than speak. “Helping recruiters develop personal connections will limit future instances of them enacting biases,” they said.