Given the reported “imminent default,” of the Bank of America Plaza in Atlanta, it’s little surprise commentary is surfacing about the value of commercial real estate. It’s home to the city’s tallest building, so it’s hard not to be the center of attention.

The news comes off details  in a Fitch Ratings report released Wednesday.

Goizueta real estate expert Jim Grissett said the news comes as little surprise given the price tag of its purchase in 2006.

“It’s a great location, and a great product, but you just can’t pay too much and borrow too much and expect to get away with this,” Grissett told WABE Thursday. According to WABE, Los Angeles-based BentleyForbes paid $436-million for the building.

“It was a high price and it was debt that was probably unsustainable,” Grissett said.

WABE updated its report with the following statement from BentleyForbes:

“BentleyForbes requested the loan for Bank of America Plaza in Atlanta to be moved to special servicing to begin the process of reviewing options on the underlying capital structure. At present, the loan is current and performing. This was a strategic decision made after discussions with LNR, who will be working closely with BentleyForbes as the special servicer to determine next steps moving forward.” 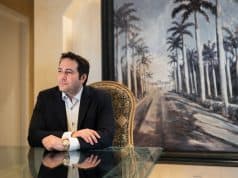 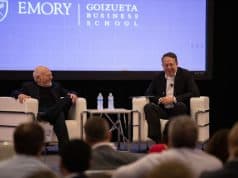 Smith: Companies win by giving employees chances to do good

Does Appearance Play a Role in Elections?