Sponsored for the third year by Exxon Mobil Corporation, the annual competition invited MBA teams from select business schools to analyze compelling business issues that challenged their critical thinking, analytical, and communications skills. The winning team was selected by a distinguished panel of judges that included leaders from corporations and non-profits, such as the Compass Group, 100 Black Men of America, AETNA, Inc., Aztec Worldwide Group, United Way Worldwide, the Silver Parker Group, and the League of United Latin American Citizens.

ELC’s Business Case Competition challenged this year’s teams to develop strategies for strengthening ties between the corporate social responsibility community and African-American nonprofits during tough economic times. Specifically, the competition examined how corporations can expand their global philanthropy efforts to African-American non-profits and other community groups at sustained or higher levels.

EDITOR’S NOTE: A press release from The Executive Leadership Council was used in crafting this report. 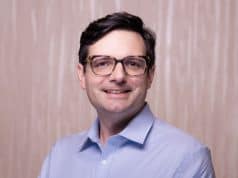 Afshin Yazdian: On weathering the storms of change