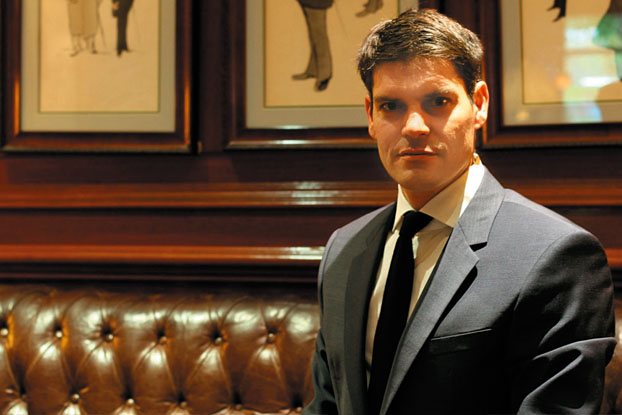 Raul Buenaventura 10MEMBA remembers the first day of his Introduction to Entrepreneurship class at Goizueta. The instructor, Charlie Goetz, serial entrepreneur and senior lecturer in organization & management, asked which of his students wanted to be entrepreneurs. Hands went up. At various speeds.

“I think I was the last one to raise my hand,” Buenaventura laughs. “I was so scared of it.”

He got over that fear pretty quickly.

After earning his MBA and returning to Chile, Buenaventura saw an opportunity. His love for his homeland runs deep, and Chile’s natural, artistic, and culinary wonders stack up impressively against higher-profile South American destinations such as Argentina and Brazil. Buenaventura wanted to introduce Chile to the world, and in 2014 he figured out a way to do just that.

That year, Buenaventura launched VM Elite, a luxury travel company that delivers Chile’s treasures to a growing global clientele. VM Elite’s experiences transport affluent guests from the world’s driest desert to the glaciers of Patagonia in a day; deliver gourmet meals prepared by world-class chefs paired with award-winning Chilean wines; sponsor gallery tours that include the Chilean artists themselves; and much more. With so many options available, Buenaventura says the key to success is personalization.

“Travel is not about me showing you what I think is important,” says Buenaventura. “It’s about catering to a traveler’s interest and customizing the experience for them. We want this trip to be the best time of your life.”

From the age of 15, Buenaventura had a dream of earning an MBA abroad. When the time came to choose a school, he picked Goizueta because it offered “a classic American collegiate experience.” At that point, Buenaventura had been working in the US for a Chilean-based luxury travel company, so he knew the business. Still, prior to VM Elite’s launch, he invested two years in R&D. After creating a strategic commercial and operations plan, Buenaventura worked to form relationships with transportation providers, high-end resorts, culinary experts, civil servants, and dozens more Chilean cultural leaders. He got their support, and many of those early backers remain partners.

“I love building relationships,” says Buenaventura, whose easygoing charm is mixed with an intense attention to detail that makes him perfect for his chosen line of work. “I also love nature and the outdoors. The quality of life you have in the travel industry is unmatched. Sometimes it seems like you are working 24/7, but you get to see unique destinations of the country.”

When he’s not working 24/7, Buenaventura gets up early to ride his bike, taking in the beautiful landscapes he loves. “It’s my way to connect with nature and de-stress,” he says. He also makes time for his family—his wife, Olivia, and young daughter Julia.

“Emory gave me the confidence to be an entrepreneur. It’s as simple as that,” Buenaventura says. “I might never have tried it had I not gone through Goizueta’s MBA program.”