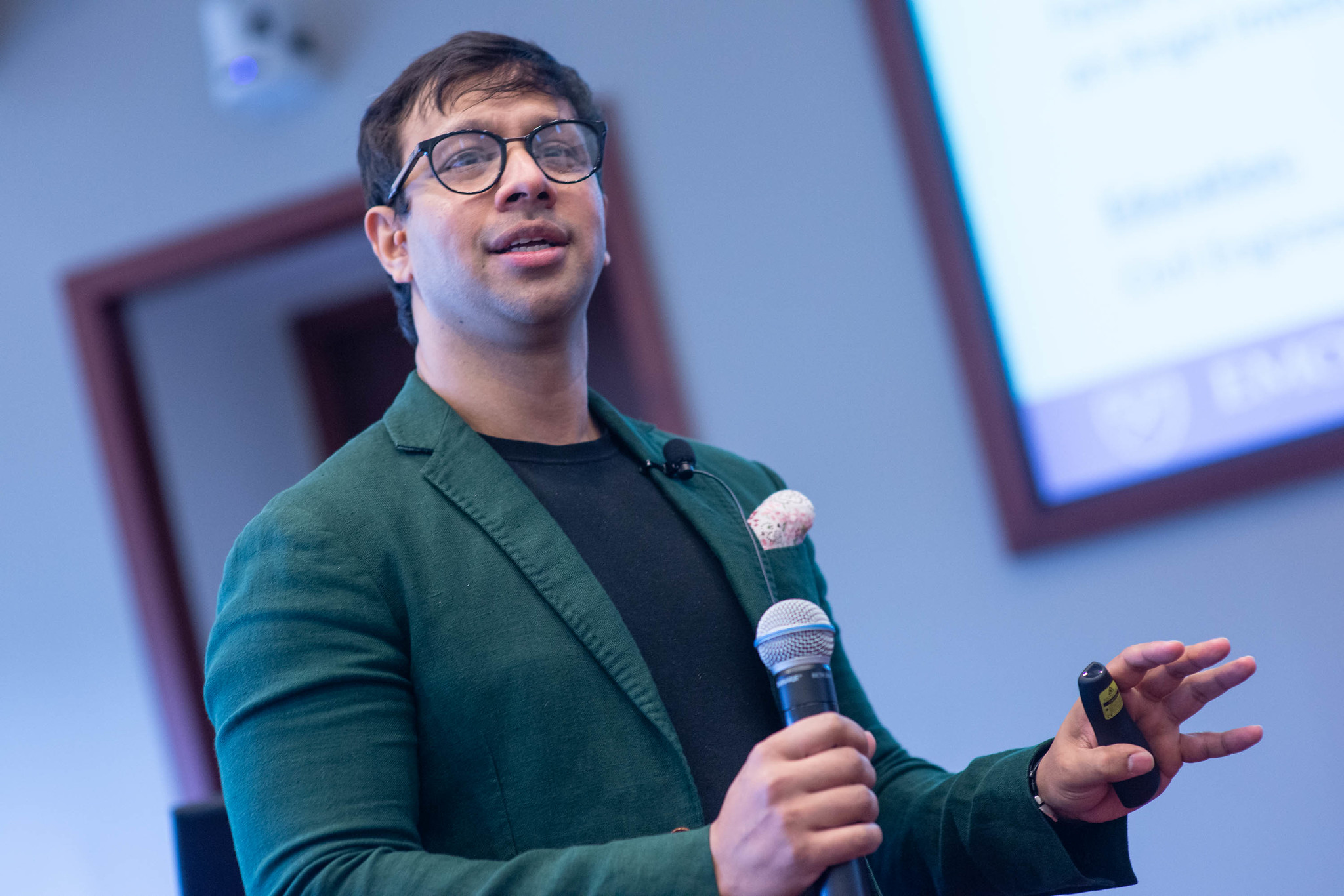 At the Emory Marketing Analytics Center Conference, speakers from an array of industries spoke on how best to use the enormous amounts of data available in an era of digital consumption.

After welcoming attendees, Mike Lewis, professor of marketing at Emory, announced an upcoming partnership between EmoryMAC and Skillshot Media. The joint research effort will center around fandom in eSports and video games. Lewis said additional EmoryMAC programming is forthcoming and will focus on providing intellectual leadership in the community.

Faisal Zanjani, senior director of strategy and planning at Coca-Cola, began the keynote address by looking back to the early days of mass marketing: the Sears Roebuck catalog and billboards for Coca-Cola painted on the sides of buildings. For decades after, Zanjani said, marketing strategies evolved, but they all remained focused on broad audiences.

By the 2010s, however, everything had changed: It’s all about the individual. Trying to reach consumers with broad marketing doesn’t work the way it once did. According to Zanjani, “Mass personalization is the game.”

And it’s a game that’s not going anywhere.

“Every two days, consumers create as much data as they did from the beginning of time to 2013,” Zanjani said. “Of all the data we’re generating, 99 percent hasn’t been touched. This trend of data personalization is likely to only accelerate.

“So how do we think about this data?” Zanjani asked. “It won’t be an analytics conference if we don’t actually talk about the analytics of it.”

Zanjani detailed the framework used by Coca-Cola to gather, analyze and validate data.

But there are added challenges for organizations, like beverage companies, that are not digital natives.

So Zanjani looks for patterns of consumption behavior in consumer data. Zanjani and his team must also find the right algorithm for that data — and it’s impossible to know in advance which algorithm will produce the best results. Instead, it’s a process of trial and error until the analysis is relevant to marketing goals.

“You can use any algorithm to segment any data. But if it doesn’t make sense to your marketing purpose? It’s useless.”

Finally, to validate the data, Zanjani said domain knowledge is incredibly important: Companies should make sure to have marketing and strategy experts who understand the data.

A panel of marketing experts active in the nonprofit sector engaged in a discussion on data analytics for organizations that have goals like funding cancer research, stopping human trafficking or fighting the opioid epidemic. The panelists agreed the stakes are higher, but the satisfaction is greater.

Representatives from Atlanta-area teams and arenas comprised a panel on the unique marketing and analytics challenges presented by sports organizations. The three panelists shared the same challenge: a sports team’s brand is dependent on wins and losses.

Always on marketing for small businesses

“Believe in yourself, differentiate yourself in the marketplace and ultimately that will help you succeed.”

The EmoryMAC Conference was sponsored by PEGA, Chick-fil-A and Skillshot.