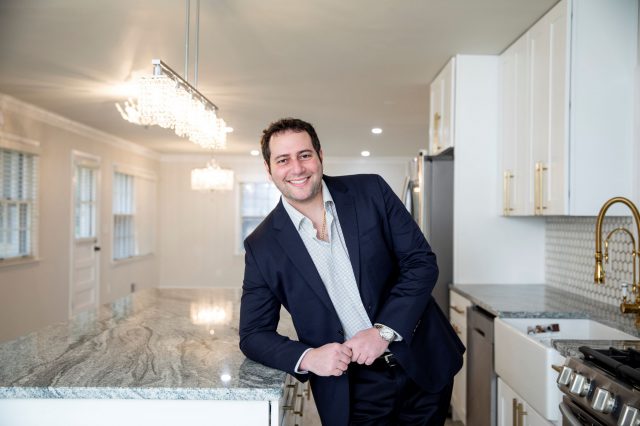 It’s always about taking calculated risks. Whether it’s a game of chess or life in general, every move you make has consequences.

So says A.J. Steigman 08BBA. And he’s in a better position to know than most.

A chess prodigy with the ability to calculate as many as 40 moves ahead, Steigman was awarded the title of Chess Master at the age of 13, ranking first in the US within his age cohort for eight years in a row. His native ability to assimilate information fast, assess opportunity cost and take that all-important strategic risk has not only formed the basis of an exceptional career in chess, it has also driven a series of entrepreneurial successes –ventures with the potential to disrupt industries and make Steigman the stuff of national press and media headlines.

In 2014 he successfully exited his first company, Soletron, a social networking and e-commerce platform in lifestyle retail verticals. From there, his focus moved to real estate and today he sits as CEO and founder at the helm of Steignet, an Atlanta-based B2B real estate arbitrage platform startup that identifies undervalued quality properties and shares knowledge with a pool of institutional buyers. Steignet already boasts multibillion dollar, market cap clients and is sending strong waves of disruption through the Georgia property market and far beyond.

Steigman’s passion for chess and business coalesced in 2004 when he came to pursue a BBA in finance and management, and to help set up Emory’s chess program. At Goizueta, Steigman honed an ability to “turn the switch on and off” – an acuity of focus whether it was on studies, on chess, or driving an uptake of interest in his game.

“I did a simultaneous exhibition every year where I would play 40 people at the same time in the Dobbs University Center and I offered anyone $100 if they could beat me,” he said. “And in return, for them, they had to sign up for the club if they had an interest. It was a risk but over the years that I conducted these exhibitions, I went 160-0 and significantly increased the Emory chess club’s turnout.”

At the same time, this very capacity to focus and assess risks was driving a new ambition: to become a serial entrepreneur.

“Leaving Goizueta, I got an offer from Merrill Lynch Investment Banking in New York. But my career was born out of the ashes of the financial crisis; there were massive layoffs and banks were exploding. When I saw what could happen with these multibillion-dollar institutions, I realized there was no safety in any corporate environment and that’s when I vowed to become a serial entrepreneur.”

And while others may see holding onto a 9-to-5 job as security, Steigman disagrees. “I think there are misconceptions when you get back to risk around corporations and the perception of stability which is actually quite archaic.”

Steigman puts the secret of his success down to this appetite for calculated risk. Ever the strategist, he also credits an ability to see patterns that has guided him from launching his first business, A.J.’s Rare Footage, a premium Nike account located at the Seminole Hard Rock Hotel and Casino, and then via Soletron, onto his latest venture in real estate tech with Steignet – a platform, he says, that is providing much needed liquidity for motivated sellers in Atlanta.

“When I got done with Soletron, the pattern recognition kicked in with interest rates being at all-time lows. I saw the opportunities: both from the real-estate acquisition perspective and from the understanding that people had the income to rent but didn’t have the credit clout with banks to get qualified to purchase a home. So, I started to analyze commercial and residential deals to see which one had more kick,” he explained. “I took a lot of slack from a lot of ‘experts’ that disagreed with me about the viability of investing into single family houses. Yet, I ended up proving these individuals wrong and I tripled my investors’ money in a very short time proximity because I had the foresight to not only go into and buy residential assets, which were trading pennies on the dollar, but also in tertiary markets like Atlanta.”

Then, “in 2012, Atlanta was one of the worst affected cities during the financial crisis and there was a stigma of it being a second-tier city. People thought I was from Mars when I was coming up with this investment thesis. But in chaos comes a lot of opportunity – and not just for investors, but for the actual people affected by the downturn; for real people and their needs.”

It’s tempting to see Steigman as a one-off: a child prodigy and a prodigiously talented quant whose gifts line him up for the kind of success that is out of reach to most. But he is adamant that his approach to entrepreneurship can be replicated. Part of this is risk assessment and analysis of opportunity versus cost.

Another part is self-belief.

“Most disruption happens in society with people believing in themselves over the ‘experts.’ Every day, you will be dealing with skeptics and investors who don’t believe in the concept,” he said. “To survive, you have to have inner drive and tenacity and real self-belief – that’s number one. Of course, you have to poke holes in your idea and there is always opportunity cost. But if you are very passionate about it, then you have to go all in and believe in yourself.”