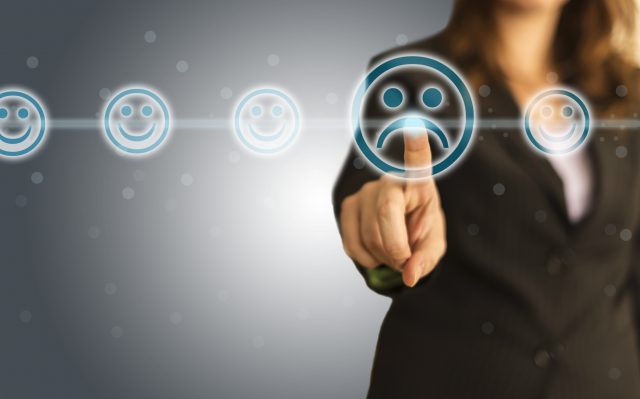 When determining a fair valuation for a company—especially in anticipation of an initial public offering (IPO)—investors often rely heavily on “top down” approaches focusing primarily on traditional financial measures to do so. But what if this approach doesn’t paint the full picture?

For the past several years, McCarthy and Peter Fader, professor of marketing at the Wharton School of the University of Pennsylvania, have worked to refine a customer-driven investment methodology they created. “Customer-based corporate valuation (CBCV) simply brings more focus to how individual customer behavior drives the top line,” they explained in “How to Value a Company by Analyzing Its Customers,” an article published in the Harvard Business Review (HBR) earlier this year. “This approach is driving a meaningful shift away from the common but dangerous mindset of ‘growth at all costs,’ towards revenue durability and unit economics—and bringing a much higher degree of precision, accountability, and diagnostic value to the new loyalty economy.”

Fader, McCarthy’s Ph.D. advisor while he was at Wharton, had done some of the seminal work on forecasting customer shopping/purchasing behaviors. This helped build baseline expertise for how one could go about the customer-level modeling. McCarthy recognized that this behavioral modeling could be put to good use in a financial setting, if done the right way.

“There was this untapped source of intellectual property that’s been accumulating within marketing over the last 30 years,” McCarthy said. While other academics have done some conceptual work in the area, none, McCarthy noted, had done so in a way that was consistent with how financial professionals go about performing corporate valuation. McCarthy and Fader merged these well-validated customer-level models with standard corporate valuation methods, then put their resulting valuation tool head-to-head with alternative approaches. They found that their CBCV model subsequently outperformed.

According to McCarthy, the CBCV approach allows investors to project future revenues as a direct function of a small set of behavioral drivers. These drivers vary slightly depending on how a company acquires, retains, and develops customers (e.g. customers who sign up with a subscription-based model, such as Netflix, will behave differently than those who sign up via a discretionary use model, such as Amazon). McCarthy and Fader identified what they consider the “right kind of data” to calculate corporate valuation. How many customers are active, meaning, are they continuing to order? How many are “tenured?” In other words, how many customers have been with the company for more than 12 months? McCarthy and Fader found that these basic summaries of the size and composition of a company’s customer base were all that they needed to make highly accurate projections of what that company’s customers were doing and would do in the future.

In the article, McCarthy and Fader use the example of a young, fast-growing, subscription-based meal-kit company. In the example, they have access to four months of revenue data, and they want to forecast the company’s revenue for month five. In the first four months the company generated revenue of $1,000, $2,500, $4,500, and $7,000, respectively. The subscription-based customers each pay $100 per month for meal kits. In its first four months, the company acquired 10, 20, 30, and 40 customers respectively for a total of 100 customers. According to the example, half of the customers churn out, or quit the service, in their first month.

What will the revenues be in month five? The first step, McCarthy said, is to figure out how much revenue will be generated by retained customers. If half the customers have churned out, that leaves 50 customers paying $100 a month or $5,000. Next, how much revenue will come from new customers? If trends continue, the company will add 50 new customers to its ranks in month five—or $5,000 in revenue from new customers. Add the revenue from new and retained customers and the total is $10,000. While this model is simplistic, it illustrates McCarthy and Fader’s tenet that “revenue numbers no longer exist in a vacuum,” as they state in the HBR article. They can be traced to the “average revenue per user” or ARPU. Applying the CBCV model to real-life businesses adds complexity, McCarthy explained, but the basic process remains the same.

The biggest obstacle to effectively leveraging their CBCV model is access to the right data. “Companies have been reluctant to disclose more than they need to out of a belief that anything and everything they disclose can and will be used against them,” McCarthy said. “So, what I’ve tried to do to encourage companies to disclose relevant customer data is to show investors just how useful and predictive this information can be, and by showing companies just how little they need to disclose while still providing investors with the information that they need. Firms do not need to disclose very much data at all, as long as they disclose the right data.”

Companies are beginning to release such data voluntarily. When it filed its pre-IPO paperwork in August 2019, Peloton, a subscription-based, high-end, in-home exercise equipment company, disclosed its customer lifetime value (CLV) per subscriber. McCarthy saw this as a step in the right direction, but he also noted that the formula Peloton used to arrive at its CLV numbers left a lot to be desired. That said, McCarthy was able to vet Peloton’s CLV formula because Peloton also disclosed it in its filing. “As more firms voluntarily disclose customer metrics, analysts must be vigilant about vetting data that may be misleading or is mostly window dressing,” McCarthy and Fader stated in the article.

The CBCV model is also good for managers and for customers

The CBCV model is also useful as a diagnostic tool. This is especially true if a company’s managers have access to even more granular measures of customer value. For example, how customer value differs by the channel through which the customers were acquired or by business unit,” McCarthy explained. Using the model also benefits customers. As focus shifts away from shareholder value and towards the unit value created by customers, “customers will be treated as strategic assets whose value should be cultivated over the long term,” wrote McCarthy and Fader in the HBR article.

CBCV does have a bit of a learning curve to get going, making it relatively difficult for amateur investors to use right out of the starting gate. McCarthy and Fader have made a growing body of resources available to arm beginning investors with basic tools that can be used to run some models. The duo has also shown how one can analyze customer-level disclosures to obtain a basic understanding of what those disclosures may imply for customer value without using a model. Over time, they hope to make these methods even more accessible to the general investing public.

Currently, McCarthy and Fader are working to get their concepts in front of regulators. “We’ve had a number of fruitful discussions with economists from a couple of different governmental bodies, and we’re very hopeful that these conversations will further catalyze adoption of the methods by investors and standardization/disclosure of the right customer-related metrics that investors would need to run the models by publicly traded companies,” McCarthy explained.

McCarthy’s work on the CBCV methodology has earned him a number of awards, including the MSI Alden G. Clayton, American Statistical Association, INFORMS, and the Shankar-Spiegel dissertation awards. 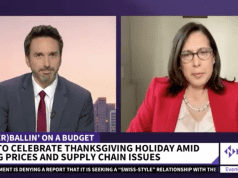