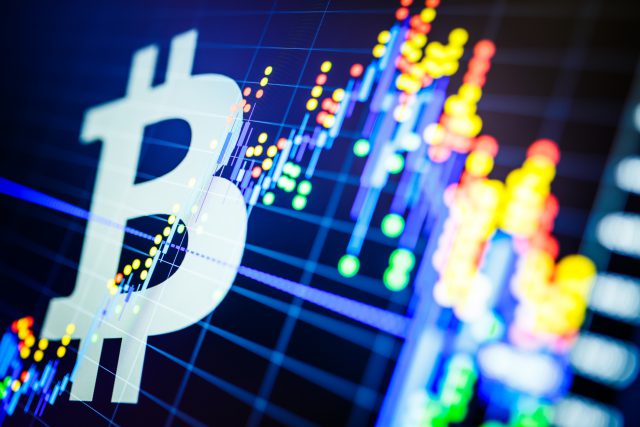 Cryptocurrency can be used to invest, pay bills, or to buy cars, but is it actually considered legal tender? More than 5,600 cryptocurrencies are currently trading, with a combined market cap of over $1.5 trillion.

Over the past year, the cryptocurrency bitcoin has gained traction as a legitimate cash replacement. The online payment platforms Square and PayPal now accept bitcoin. In May 2019, NFL offensive lineman Russell Okung announced plans to convert half of his $13 million salary into bitcoin. And investments in bitcoin are now held by the endowments of Harvard, Yale, and Brown Universities. In February 2021, electric automobile and clean energy company Tesla, Inc. purchased $1.5 billion in bitcoin and announced it would accept the currency as payment for its products.

Launched in 2009 as a decentralized and less expensive way to make financial transactions, there are no physical bitcoins, just digital transactions logged in a transparent, public ledger called a blockchain. Until recently, the technology behind bitcoin kept traditional investors at arm’s length—as did bitcoin’s wild price fluctuations. In 2010, a single bitcoin could be had for $0.0008. In January 2020, it hit $8000. In mid-February 2021, after Tesla announced its bitcoin purchase, the price topped $57,000.

When it comes to bitcoin, “Investors should generally have longer time horizons and be able to stomach a tremendous amount of volatility,” said Michael Sonnenshein 08BBA, CEO of Grayscale Investments, the world’s largest digital currency asset manager. “It’s not appropriate for everyone.”

In 2014, when Sonnenshein joined Grayscale, the company was in its first year of operation. At the time, Grayscale had $60 million in assets under management (AUM), all in bitcoin. In February 2021, Grayscale’s AUM topped $42 billion, the vast majority in bitcoin, although the firm offers investment products that feature eight other digital assets. (According to Coinlore, a cryptocurrency research platform, there are more than 5600 cryptocurrencies currently trading, with a combined market cap of over $1.5 trillion.)

In several interviews, Sonnenshein has cautioned his audience that the real investment risk is to ignore bitcoin and other cryptocurrencies. “Bitcoin is not going away,” he said. “We’re still in the early days of where digital assets are ultimately going to go.” Sonnenshein added that the question about whether to invest in digital assets “has shifted from ‘why’ to ‘why not?’”

In an interview with Fortune.com’s “Balancing the Ledger” in 2019, Barry Silbert 98BBA, founder and CEO, Digital Currency Group, Grayscale’s parent company, likened bitcoin to this generation’s version of gold. However, unlike gold, which loses utility as its price goes up, Silbert argued that bitcoin has “real utility,” he said at the time.

As bitcoin awareness grows, regulation improves, and more on and off ramps are created where consumers can buy and sell bitcoin, Silbert predicted that “a tidal wave” of money will flow into the digital asset marketplace.

That said, bitcoin is not “legal tender.” It’s not backed by a centralized government or by a commodity. So why does bitcoin work? “People accept and use bitcoin because everyone agrees it has value,” explained Tom Smith, associate professor of Goizueta Business School in the practice of finance. Because most people don’t use cryptocurrencies to buy goods and services, the price of bitcoin “is driven more by unilateral elements,” Smith said. For instance, earlier this year when Tesla founder and CEO Elon Musk tweeted that bitcoin prices “seem high,” the price took a steep drop. Cryptocurrencies are also attractive because of their liquidity, noted Smith. Depending on the how it is traded, in general, bitcoin can be converted to cash in 1 to 5 days. Given that bitcoin has increased in value more than 400 percent over the last year, for those who have the financial means, Smith added, “Their thinking is, why not take some of the money they’d hold in cash and hold it in bitcoin?”

Is Investing in Bitcoin a Smart Strategy?

Through Grayscale, investors gain exposure to bitcoin and to other alternative digital assets such as ethereum and litecoin. Investors can also buy into Grayscale’s Large Cap Fund, much like they would a mutual fund, to diversity across several types of cryptocurrencies. As CEO, Sonnenshein’s goal is to make Grayscale “synonymous with digital currency investments the way PIMCO is to bonds or Vanguard is to indices,” he said. “Rather than our products facilitating certain investment exposure to stocks or bonds or commodities, the type of exposure our products offer is that of digital currency.” Investors can also buy bitcoin through exchanges such as Robinhood and Coinbase, which allows investors to purchase as little as $2.00 worth of bitcoin.

By the end of this year, Sonnenshein plans to double the number of Grayscale’s employees—from 30 to 60. He spent the first part of the year establishing his leadership team. One of his big hires was adding fellow Goizueta alum Hugh Ross 89BBA as Grayscale’s COO.

Sonnenshein wasn’t aware that Silbert had also earned his BBA from Goizueta until Silbert’s assistant pointed it out on the day of his interview in 2014. “It gave the two of us a really nice touch point,” said Sonnenshein. “To think about our time at Emory—the professors we had and the classes we took.” Sonnenshein added that he constantly draws on his Business Law class, taught by Allison Burdette, professor in the practice of business law. “That class is kind of like a rite of passage at Goizueta,” he said. “I’m not a securities attorney, but that foundation is certainly helpful no matter what you do because you’re always looking at contracts and partnerships.”  A frequent interview subject and speaker at live events, Sonnenshein credits his Business Communications class with helping him hone his “ability to speak confidently in a public forum,” he said. “I have nothing but the utmost, fondest memories of my time at Goizueta.”

Read more about the Center for Alternative Investments at Goizueta Business School. Learn more about Grayscale and Digital Currency Group.