Georgians head to the polls Nov. 2 to elect a new governor and, with each passing day, more information makes its way online and into newspapers about the qualifications and backgrounds of the most popular candidates — Republican Nathan Deal and Democrat Roy Barnes.

In particular, Deal’s financial records have been a topic of media conversation.

According to various reports, Deal and his wife invested in their daughter and son-in-law’s business. That venture failed in 2009 and the gubernatorial candidate now reportedly owes a large sum of money. Deal told the Atlanta Journal-Constitution he doesn’t regret the decision.

“It was an investment my wife and I made because we think that’s what parents do,” he said. “Parents help their children.”

Ron Lieber, money columnist for The New York Times, used the Deal situation to start a post on parents, children and finance. In particular, what are the pros and cons of backing a child’s business? What should parents keep in mind when making such a decision?

Lieber spoke with several business professors around Atlanta, including Charles Goetz, a senior lecturer at Goizueta with an emphasis in entrepreneurship. Goetz came to Goizueta in 2001 with 15 years experience “developing, implementing and growing entrepreneurial ventures.”

Experts in the column support sound business judgement when working with children, but acknowledge the emotional aspects of such a decision. Goetz offers a stair-step approach to building a business but protecting assets.

“You can tell your kids that as they prove their success, you’ll put more and more into it,” he told Lieber. “There are lots of things we don’t know in a new business…

“If what you are actually trying to do is buy your child a job, then a franchise is probably a better opportunity.” 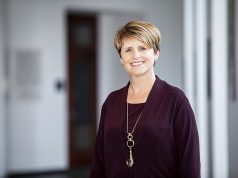 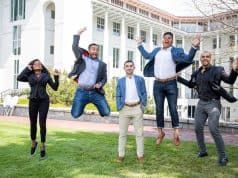 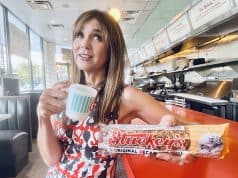 Students get crash course in entrepreneurship at HackATL