“Nonviolence is the answer to the crucial political and moral questions of our time; the need for mankind to overcome oppression and violence without resorting to oppression and violence. Mankind must evolve for all human conflict a method which rejects revenge, aggression, and retaliation. The foundation of such a method is love.”

Emory faculty, staff and students joined members of the Atlanta community Thursday for a tradition that, while in its 19th year, traces its inspiration decades in the past.

To help keep the memory of Dr. Martin Luther King Jr. alive Emory’s Goizueta Business School and Rollins School of Public Health co-sponsor an annual community service awards program which highlights the efforts of individuals and organizations making the city better and embodying the ideals of King and his quest for Civil Rights.

VIDEO OF THE 2011 AWARD CEREMONY

Peter Roberts, an associate professor of organization and management and co-chair of the awards committee, said recipients were honored, in part, for making an impact “in opportunities that otherwise seemed hopeless.” Dean of Goizueta Business School Larry Benveniste said award winners can be considered “heroes” to a world lacking in the category.

Speaking in the recently-opened Claudia Nance Rollins Building, keynote speaker Dr. Bernard LaFayette described moments he shared with King in the 1960s, including conversations he had with the late Civil Rights leader the night before his assassination.

“It’s a mistake to think Martin Luther King was only about ending segregation… These were objectives that were leading to the goal but Martin Luther King was more concerned about a global, non-violent community,” LaFayette said. “He was more concerned about the fact people did not respect each other as humans beings and creatures of a higher power.”

Other guests included Provost and Executive Vice President for Academic Affairs Earl Lewis and Dean of the Rollins School of Public Health James Curran. The program included performances by Progress Theater Production and 2 Kids and a Dream. 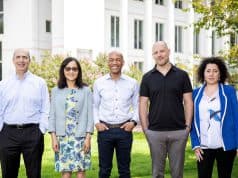 Emory professor: For more creativity, get out of the social circle