Apple CEO Steve Jobs announced last week he would take a medical leave of absence, stepping aside at a time when the company is soaring to new levels of success.

Jobs has been fighting pancreatic cancer and received a liver transplant in 2009. This will be his third leave of absence for medical reasons since 2004 and each time raised questions about how even a temporary departure by such a dynamic leader can affect a company’s momentum, planning and stock prices.

Earnings reports issued Tuesday confirm Apple’s continued success with products like the iPad, iPod and iPhone. In the past, Apple stock has dipped when its leader, known for his ensemble of jeans and black turtle necks, stepped aside. While down, stock prices did not crash with the most recent announcement.

“You have two issues, the operations of Apple and the market response,” said Benn Konsynski, a professor of Information Systems and Operations Management at Goizueta. “On both sides of that I don’t think it’s as immeidtaely dramatic news as it will be perceived by the market… Steve has been gone twice before and the market responded with about a 13 percent (decline). But within a month the stock recovered.”

Konsynski said the company has a proven leader in COO Tim Cook, who will step in for Jobs. But plans for the next year are likely already in the books.

He said the company is turning at some focus to reoccurring revenue, like its App Store, to support its gains in an increasingly crowded market of tablets and smartphones.

But nothing can replace Jobs, who co-founded the company in the 1970s and has become the face for one of the world’s most popular brands.

Rick Gilkey, a professor in the practice of Organization and Management at Goizueta who examines issues of corporate structure and leadership, compares Jobs to Walt Disney — the unquestioned link between man and company.

“They know how to operate without him,” Gilkey said of Apple. “The question is how long can they do that.”

Since most companies face more abrupt leadership changes from firings or resignations, Apple offers an interesting chance to see a strategy take shape over time. Jobs’ intimate connection with the brand will create challenges for his successor during his medical leave or at the point he steps aside completely.

“It’s going to ultimately reveal how well Steve has picked people who have some of the same talents but aren’t pure clones,” said Gilkey. “The clone is likely to be a weaker imitation. That’s the problem. He does have his mark on the company in many ways including the selection process of key people. It’s going to be clear whether he’s picked people to continue the company without him.”

Gilkey said Disney sputtered after its founder’s death because generations of leaders asked “What would Walt do?” Michael Eisner altered the approach when he took over in 1984, taking the company in a new direction while keeping strategic connections to the past.

Should Jobs step down, the company must find a way to re-connect with many of its fans and replace a unique ability to understand the consumer.

“The loss, apart from the iconic element and emotion, is the skill set,” Gilkey added. “It’s hard to replicate Steve Jobs’ ability to figure out what customers need. Apple is not driven by focus groups and market research… That ability to see around the corner is the unique and core competence of the company.”

For now Apple executives can concentrate on the day-to-day. But questions will appear  if Jobs is forced to make himself unavailable during this medical leave.

“Certainly there may be some panic and market reaction now but, unless you get some evidence of a much more critical health issue or an inability for Steve to acitivly participate or return, I don’t suspect this will be a huge factor in the near term,” Konsynski said. “Long term effects are very different…  Steve has a very strong contribution to the product and portfolio design.

“The window of concern would be not this next product release but the ones after that.” 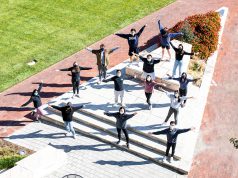 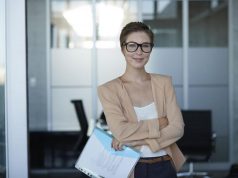 Learning and adapting to the new world of business 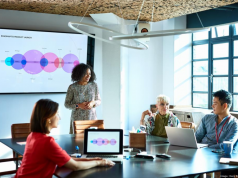 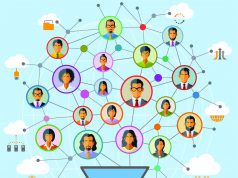