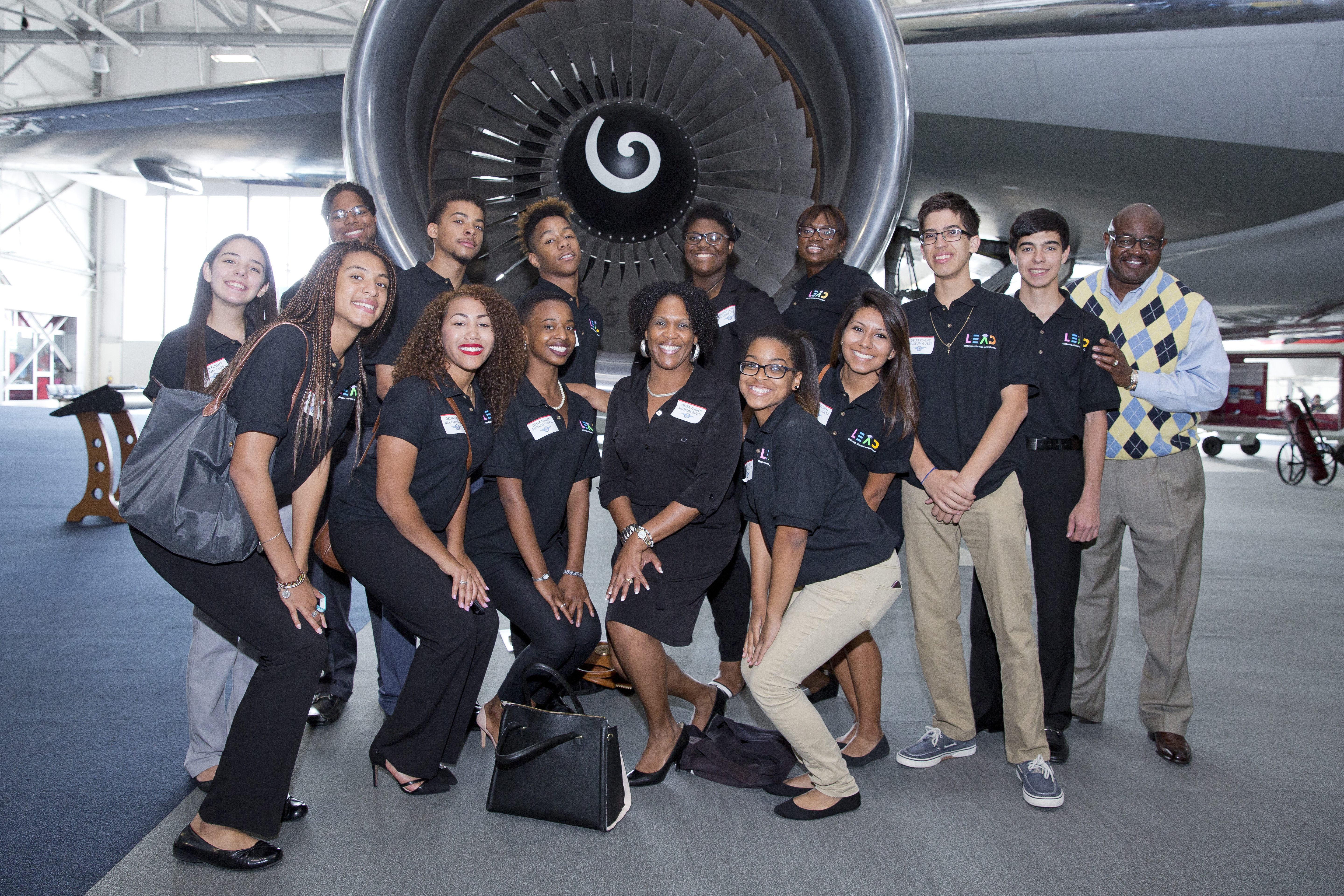 Goizueta’s long history of exposing young scholars to business education got a boost this summer when it embarked on a partnership with LEAD (LEADership, Education and Development), an international, cross-sector collaborative of top U.S. corporations, government agencies, higher education and non-profit partnerships focused on developing high potential, diverse youth into high achievers and responsible leaders.

Its track record is stellar. Launched in 1980, 99.9 percent of LEAD graduates have completed college.

So when Larry Drake, President & CEO, LEAD, reached out to Goizueta Business School Dean Erika James about teaming up to launch LEAD’s first global institute, she jumped at the chance. James, who taught in the LEAD Program while at the University of Virginia and at Michigan, was “eager to move forward with the initiative,” said Alicia Sierra, Sr. Manager of HR and Diversity, Goizueta Business School.

The LEAD Global Institute was spearheaded by Manish Tripathi, assistant professor in the practice of marketing, and Earl Hill, senior lecturer in organization and management. Various Goizueta faculty created the curriculum, and a number of Goizueta staff and faculty volunteers also participated. Designed to give students academic and practical exposure to business and opportunities for critical thinking, the two-week program also gave students the chance to build relationships with fellow students, faculty and executives.

“I was blown away by the students in the LEAD program. Their ability to think critically, their confidence, and their work ethic was top notch for students at any level, let alone high school. I was also really happy to see how eager the entire Goizueta community was to work with the LEAD program.” – Manish Tripathi, Goizueta Business School[/pullquote]

As part of the program, students visited The Coca-Cola Company, where they engaged in group discussions with Lauventria Robinson, Coca-Cola’s Vice President of Multicultural Marketing. They also visited Delta Airlines, where they met with Maurese Jenkins, Program Manager, Global Diversity. They also toured the Center for Civil and Human Rights, the Georgia Aquarium, the Martin Luther King Jr. Center, and Turner Field, where they watched the Atlanta Braves take on the Chicago Cubs.

But the majority of the student’s time was spent in the classroom.

“Our faculty was very generous in volunteering their time to conduct seminars with the students,” said Tripathi. In addition to the curriculum, over the course of the two-week period, students prepared business plans, which they presented on the final day of the program.

Drake was on hand for the presentation.

Tripathi considers the inaugural year a success and fully expects the partnership to continue.

“I was blown away by the students in the LEAD program,” he said. “Their ability to think critically, their confidence, and their work ethic was top notch for students at any level, let alone high school. I was also really happy to see how eager the entire Goizueta community was to work with the LEAD program.”