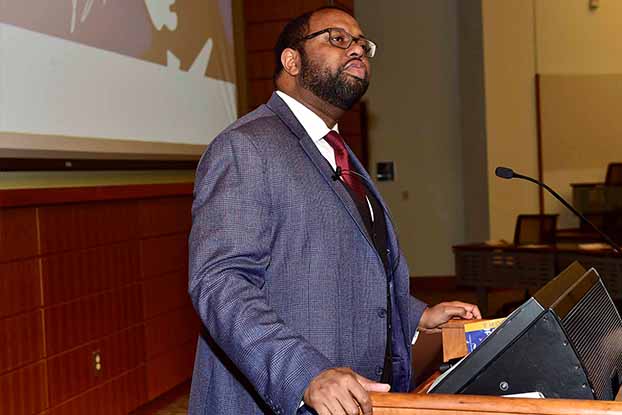 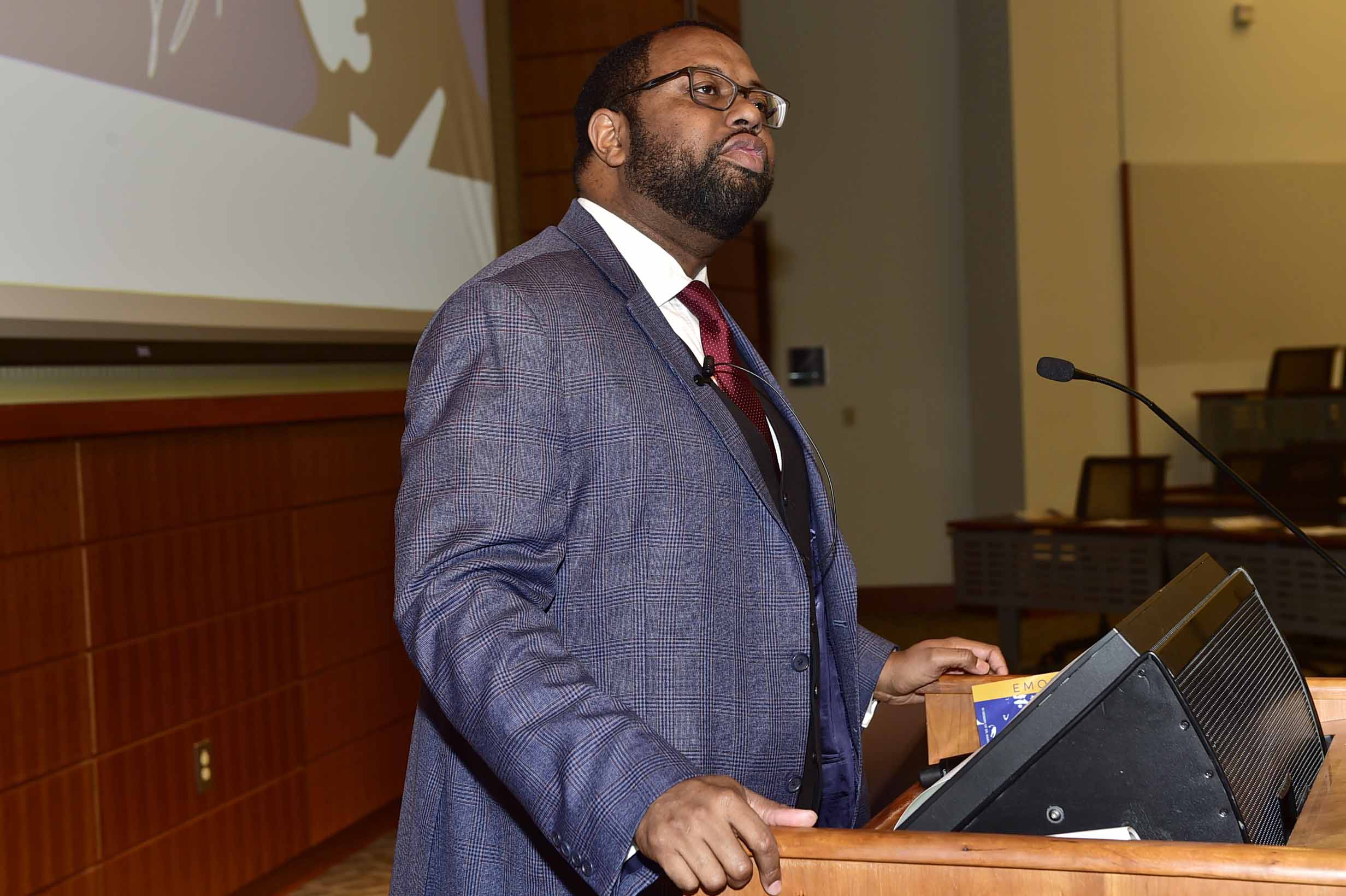 This is the inter-related structure of reality.”

The event recognized eight organizations for their hard work, unwavering commitment and dedication to building a better world.

With presentations from AHANA A Cappella Group and a “reflections in word” from Goizueta’s Paula Fontana, the afternoon was capped off with a heartfelt keynote presentation from Bailey, focusing on how to be united in divisive times.

“It’s a powerful thing when we talk about Dr. Martin Luther King Jr.,” Bailey said. “At a tender age of 26, he started on a journey that would make him legendary. And he changed the world without firing a single shot.”

At the age of 32, Bailey found himself head of a $50 million nonprofit organization with a presence in 52 countries, but his journey to personal success was not an easy one.

Bailey was born and raised in Decatur, Georgia. When he was 12, he started his first business. He bought a house when he was 19, made his first million by 26, but at the age of 28, he was left homeless and living in a nine-by-nine unit in a storage facility. It was in this moment when Bailey realized the importance of relationships.

“I’m one that professes that unless you’ve been on your back, you may have never really seen the sun,” Bailey said. “Typically, we take walking upright for granted. We’re always focused on what’s in front of us, but when you’re on your back, you have absolutely no choice but to look up.”

Starting with the loss of his mother in 1996 at Emory Hospital, Bailey continued to lose close family and friends the following 10 years. His breaking point came after losing his cousin to gang violence.

Establishing authentic relationships became Bailey’s key to personal success, which meant taking people for who they were — not based on their positions or possessions.

In his closing thoughts, Bailey noted this event was the answer to his grandparents’ prayers — a day that everyone could sit in a room and celebrate those that think of others before self.

“Let us not take for granted this moment in history that we’re living in, and ensure that the children of the future have a moment that they can live in as well,” Bailey said. “Plant seeds that will grow trees whose shade you may never sit in. I doubt anybody in this room actually sat with Dr. Martin Luther King, but all of us today are sitting in the shade.” 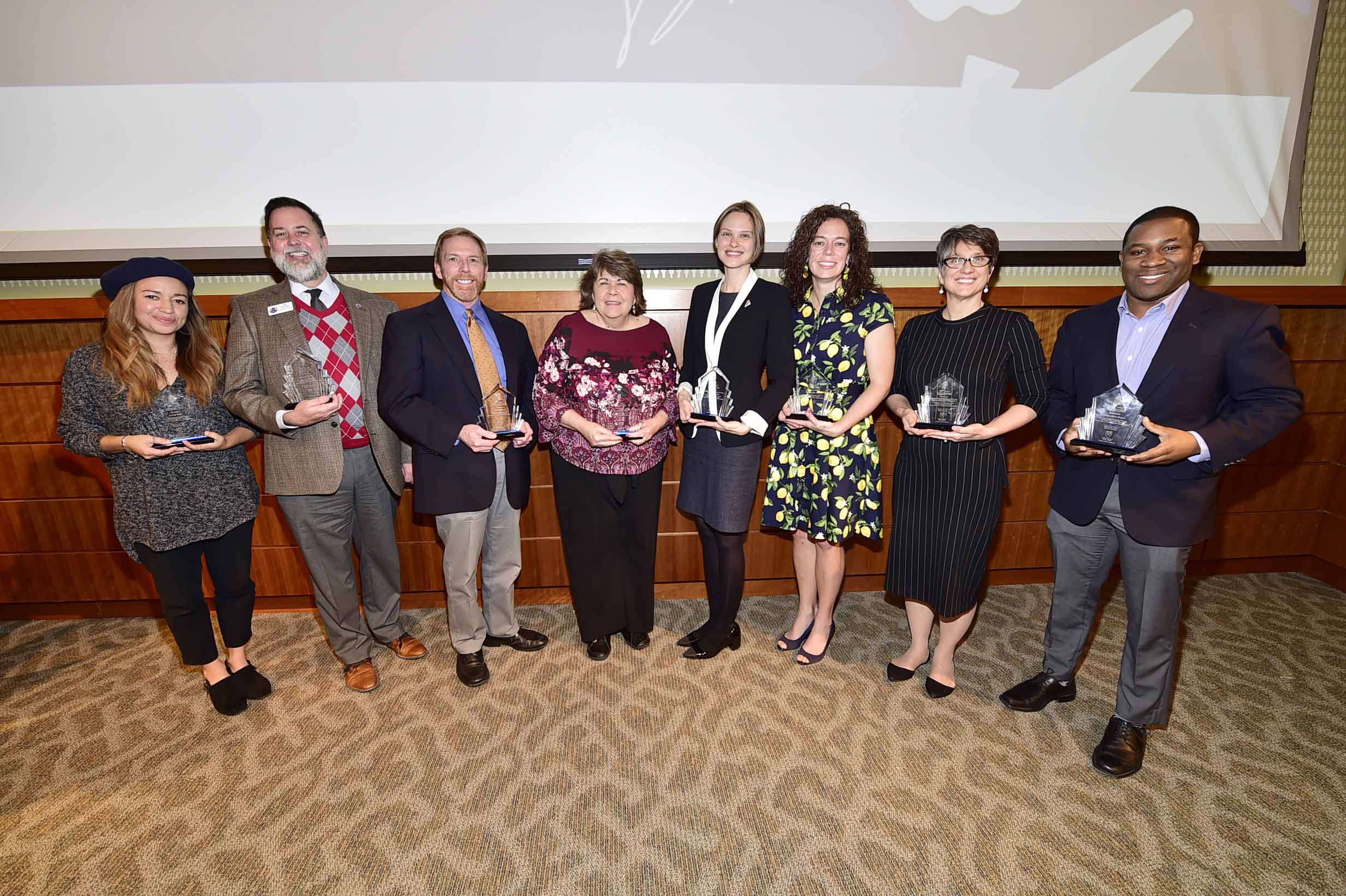 Georgia Equality
Georgia Equality is a statewide organization dedicated to advancing fairness, safety and opportunities for gay, lesbian, bisexual and transgender communities throughout Georgia. Their work is accomplished by: (1) Educating the public, elected official, and policymakers; (2) Building coalitions and mobilizing allies; (3) Increasing the participation of the LGBT and allied communities in policy making; (4) Organizing and empowering the LGBT community and their allies in urban, suburban, and rural communities across Georgia; (5) Strategic electioneering and candidate endorsements. Georgia Equality has a membership of over 67,000 people with an email alert network of 41,000 individuals from throughout Georgia.

Bearings Bike Shop
Do you remember the amazing times you and your friends had on your bikes when you were kids? Bearings Bike Shop delivers that same joy to kids in southwest Atlanta through the opportunity to earn a bike. Bearings Bike SHop takes people’s old bikes and teaches kids to make them new again while having the opportunity to earn a bike of their own. However, earning a bike isn’t all there is to it. Along the way, kids learn how to build healthy relationships with adults and other kids in their neighborhood. They learn an empowering skill set that literally opens up a whole new world to them — A world that is no longer controlled by negative influences but instead positive voices who speak into their lives instead of luring them into life-altering mistakes. At Bearings Bike Shop, kids learn and develop work ethic, gain confidence, and experience the joy and independence a bike can bring into their lives. Bearings Bike Show is able to offer long-term development rather than short-term relief. Participating in Bearing Bike’s shop changes a kid’s future trajectory, supports preventative work, and allows change that other people don’t think is possible.

Healthy Mothers, Healthy Babies Coalition of Georgia
Over the past 40 years, Healthy Mothers, Healthy Babies (HMHB) has worked to improve access to prenatal and preventative healthcare for thousands of women, children and families in Georgia through direct service, collaborative advocacy and community education. One of the ways HMHB connects Georgians to resources is through the bilingual information referral call center. The call center, which has the most comprehensive health database in the state of Georgia, is a statewide 800 number that links Georgians to resources in their community. Incoming calls address a variety of concerns including affordable health services, the Women, Infants, and Children (WIC) program, and child abuse prevention resources. HMHB also performs outgoing calls on behalf of Children 1st, a program that reaches out to families of infants born with certain risk factors. These calls are designed to provide families with resources to support their child’s development.

Janelle Yamarick
Throughout her almost 30-year non-profit career, Janelle Yamarick has worked to advance reproductive justice while building a reputation as both a leader and a coalition builder on the state and national levels. She recently retired as the Executive Director of the Feminist Women’s Health Centers (FWHC), where she worked for over 18 years. In this role, Janelle Yamarick led FWHC and its dedicated staff in its mission to provide accessible, comprehensive gynecological healthcare to all who need it without judgment. FWHC is the only independent, locally based organization in Georgia providing accessible reproductive and abortion health care, while simultaneously organizing to protect and expand access to such care. For the past 41 years, FWHC has thrived as a very unique health provider and resource serving a very diverse population of women and transmen, many of whom identify themselves as living in poverty or low-income.

Jerusalem House
Jerusalem House is Atlanta’s oldest and largest provider of permanent housing for Atlanta’s low-income and homeless individuals and families affected by HIV/AIDS. Founded in 1998, what once began as a five-room boarding house for men and women with AIDS who were in the last days of their lives, has grown into five programs providing permanent, supportive housing and wrap-around services for over 420 homeless or low-income individuals and families affected by HIV/AIDS in Atlanta. The mission of Jerusalem House is to provide homeless and low-income individuals and families affected by HIV/AIDS in Greater Atlanta with a continuum of housing options, supportive services, and educational opportunities that contribute to a resident’s overall self-sufficiency. These services include tutoring for children and adults as well as personal development workshops and training around issues of financial planning, resume writing and more. Working with counselors, all residents set goals in individual service plans when they enter one of the housing programs. 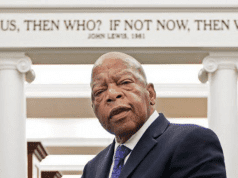 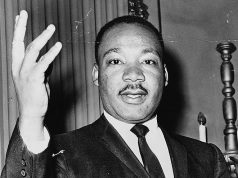 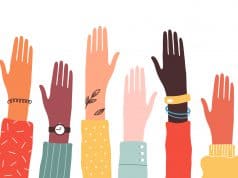