Predictably inaccurate: understanding the prevalence and perils of Big Data

How often does the data collected on a certain consumer turn out to be wrong or incomplete? More often than you’d think, according to John Lucker, advisory principal at Deloitte, and Susan Hogan, researcher and subject matter specialist at Deloitte. The pair kicked off this year’s EmoryMAC Conference with a cautionary tale about big data inaccuracy.

Lucker and Hogan surveyed more than 400 people, investigated the data collected through that survey, and found that only about half of it was correct. The two main inaccuracies were underestimation of how often an individual purchased an item and erroneous data regarding a big purchase (such as a home or a car). Some of these large purchases went unreported in the survey, and others were false, like data showing an individual owned a car when in reality, they did not. According to Lucker and Hogan, there are many reasons for bad data, including data collection and analysis errors, choosing low cost over accuracy, and data corruption. Lucker and Hogan cautioned attendees to avoid relying too heavily on big data and instead consider it just another tool in their toolkit.

Many shoppers are familiar with  “collection recommendations,” a helpful online tool which displays products similar or related to an item that a consumer is looking at (known as the anchor product). Al Jadda described how The Home Depot has taken this resource one step further, connecting the company’s “DIY Project Guides” to related available products. “The challenge is how to predict the intent of the customer,” said Al Jadda. The solution? A Project Graph, which leverages Information Extraction and Neuro-Linguistic Programming techniques to connect projects that require tools and materials with those products.

Building a brand around culture

Steve Robinson, a consultant, author, speaker and former CMO of Chick-fil-A, delivered the keynote address. Robinson took the audience on a trip back in time, to the fast food restaurant’s humble beginnings in small-town Georgia malls before it had a marketing department. That’s where Robinson came in.

His 35-year career at Chick-fil-A began when founder Truett Cathy interviewed him for the position of Chief Marketing Officer. Robinson was surprised when Cathy made it clear he expected Robinson to stay with the company for the long haul. Used to switching jobs every few years, Robinson scoffed at the idea. But Cathy told him, “The most important decision we make here is who we invite into the organization, because we don’t train culture—we hire culture.”

This concept would motivate Robinson throughout his 35-year career at Chick-fil-A. He went on to help formulate the company’s statement of corporate purpose and was instrumental in deploying the famous “Eat Mor Chikin” advertising campaign. He ended his speech by sharing his philosophy of the “Three Es” of a great brand: engaging, endearing and enduring.

The value of community data and strategic decision making

The ability to analyze data is crucial to decision-making at both for-profit and nonprofit entities, but many nonprofits have difficulty analyzing data. Neighborhood Nexus saw and has filled that need for the city of Atlanta.

Presenters from Atlanta Regional Commission described how they partnered with Neighborhood Nexus to help Atlanta-area organizations interpret and understand their data. Layla Bellows, senior data analyst, Mike Carnathan, manager of Research & Analytics, and Erik Woodworth, principal data analyst explained how Neighborhood Nexus provided geographic data for the city of Atlanta through data visualization and mapping, as well as the tools for comprehensive analysis and storytelling.

The speakers emphasized the importance of visual data representations when sharing data and telling an organization’s story. They concluded their presentation by advising the audience to make the visual captivating. Bellows told the audience she has just one goal when working with data: “I want to make it understandable to anyone, anywhere, at any time.” 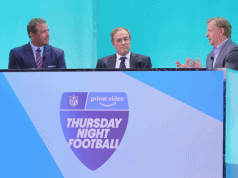 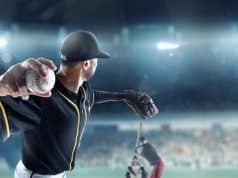 An Opening Day Predicament—Will Baseball Fans Side with Billionaire Owners or Millionaire Players?