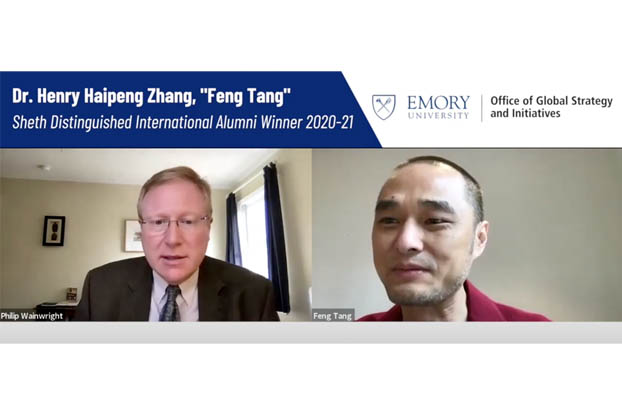 Known to global fans by the nom de plume Feng Tang for his bestselling novels, poetry, and calligraphy, Zhang built on his medical degree from Peking Union Medical College where he specialized in gynecological oncology. His student experience at Goizueta Business School broadened his global perspective.

Zhang’s medical training informs his continued work in healthcare reform and private equity investment. Zhang was born in Beijing, China. His Goizueta MBA complements other notable scholarly accolades. From this foundation, he launched a consulting career with McKinsey & Company where he became a global partner in six years.

As founding CEO of CR Healthcare, his mission was to build China’s largest corporate-managed hospital network and revolutionize China’s mostly state-owned medical industry. The structural reform, privatization, and efficiency improvement of Kunming Children’s Hospital stands as a testament to his pioneering vision for reform in China’s healthcare sector.

Zhang shared this about a formative Goizueta in-class student experience. “Four teams were working, were competing with each other to win a management consulting project,” he recalled. “It was very early in the program. I was extremely insecure, not confident. I was not even sure I could make my English totally understood by people around me. However, strangely, one of the local classmates chose me, insists me to be on their team.”

“Each team made an opening speech to the professor to share strategy. I appreciated it so much by my classmates saying the reason they can win, the reason the team can win, is because the team has me, has Henry. Henry has the wisdom, the higher level of wisdom,” he said.

Zhang’s team ultimately won that case competition. “The most important thing to me is I gained confidence. From that event, then I gained confidence later on, even though I am an introvert, my pronunciation of English is not perfect. I can still achieve a lot of things. And the local students, they like to have my international perspective.” 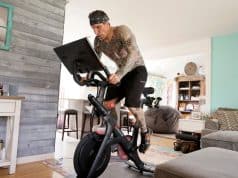 In Memoriam: Goizueta Mourns the Loss of Associate Professor in the Practice of Accounting Ted Rodgers