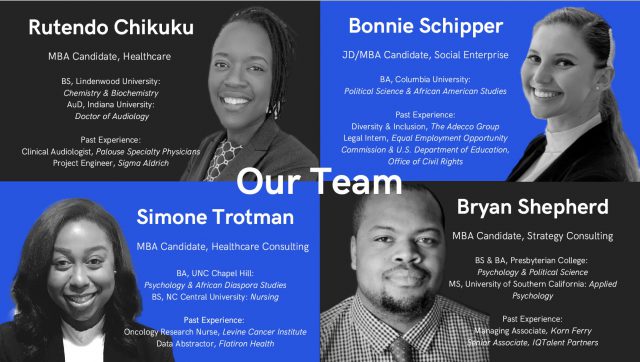 HP helped sponsor the 2021 John R. Lewis Racial Justice Case Competition because it needed fresh ideas to support its commitment to racial equity. The challenge to students: Increase the African American suppliers benefiting from more than $500 million in annual HP spending. Today, the Silicon Valley tech giant is implementing solutions from the Goizueta Business School students who finished highest in the competition.

The students—Bonnie Schipper 23JD/MBA, Bryan Shepherd 22MBA, Simone Trotman 22MBA, and Rutendo Chikuku 22MBA—proposed a dynamic discounting program that pays HP suppliers quicker and at a lower discount rate. HP Global Supplier Diversity Program Manager Terrell Smith said his company is measuring how many of its current minority suppliers opt in to the new discount payment system, and tracking the growth of diverse suppliers who are attracted to HP because of the discounting.

The students’ “phenomenal” work, Smith said, persuaded HP that “liquidity and long payment terms are a major barrier of entry that turns diverse suppliers off from engaging with larger companies and corporations.”

The stakes are immense: HP provides minority-owned, women-owned, veteran-owned, and other small businesses an equal opportunity to supply materials and services to HP, and also to act as resellers of HP products and services. In 2020, HP spent $570 million with these suppliers, creating a $1 billion in overall economic impact, Smith said.

We chose to sponsor the John R. Lewis Racial Justice Case Competition in large part because we believe that youth and young professionals in particular are key drivers of innovation.

And HP is only one company in this nationwide bind.

“Even though African Americans own more than 7 percent of U.S. businesses and make up over 10 percent of the U.S. population, most American corporations struggle to spend a proportionate amount of their first spend with Black and African American suppliers,” Smith noted. “We chose to sponsor the John R. Lewis Racial Justice Case Competition in large part because we believe that youth and young professionals, in particular, are key drivers of innovation.”

The Goizueta MBA students wanted to get at the root of the problem (why isn’t the supply chain more diverse?), not just address the symptoms (help HP spend more with diverse suppliers). They focused on this bigger question: What should be the role of business in society, specifically in matters of racial justice?

“Companies have to dig deep and address diversity on multiple levels instead of slapping a Band-Aid on this issue. Our recommendation to HP’s Global Supplier Diversity Program can easily be adjusted to address issues of racial disparity in countless other areas of business, including hiring and talent retention.

Through focus groups with more than 30 industry leaders, the students identified three barriers to supply chain diversity: access to capital, access to people, and accountability. They came up with the dynamic discounting program as “a way for HP to pay their diverse suppliers sooner rather than later, to relieve a lot of the strains on their cash flow, which would allow them to grow along with the company and to undertake new initiatives and help create products that HP needs without worrying during that 90-day period before they get paid,” Schipper said.

Currently, some suppliers pay up to 9 percent APR to speed their payments; in the next fiscal year, HP hopes to offer .5 percent APR.

“We hope it really helps us lower this barrier of entry to doing business with HP,” Smith said. “This is something that hopefully other companies will be able to look at as a solid operating model to help negate this issue.”

Throughout the project, they framed their recommendations within HP’s strategic growth and sustainability goals. Dynamic discounting is “a way to generate short term value so that your bigger vision can live,” Shepherd said.

Just as Lewis’ legacy is one of action, so are the students’ recommendations—which Smith said is exactly what HP wanted. “We must be bold, we must be brave, and we must be courageous and find a way to get in the way,” he said, quoting Lewis.

Shepherd, Schipper, and Smith presented their progress in August at the 2021 Hire with Diversity, Equity, and Inclusion Virtual Conference. Human Capital Institute organized the event for human resources professionals seeking strategies for hiring with diversity, equity, and inclusion as priorities.

The students competed as Team I Have a Dream, to honor the friendship between Lewis and Martin Luther King Jr. Goizueta MBA students founded the case competition as a response to the national reckoning in 2020 over racial inequities and deaths of George Floyd and others. Culminating during King Week, the competition featured 24 semifinalist teams (selected from more than 100 applicants). More than 800 people watched the online final round showcasing the top six teams.

Learn more about the 2022 competition. Learn more about Goizueta’s initiatives in diversity, equity, and inclusion, and gain insight into the work of The Roberto C. Goizueta Business & Society Institute. Sign up to attend here. 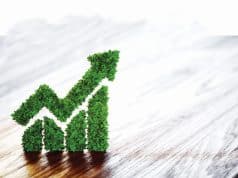 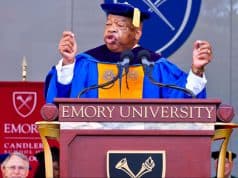 Scholarships Pave the Way for Goizueta Undergrad to Pursue a Lifelong...