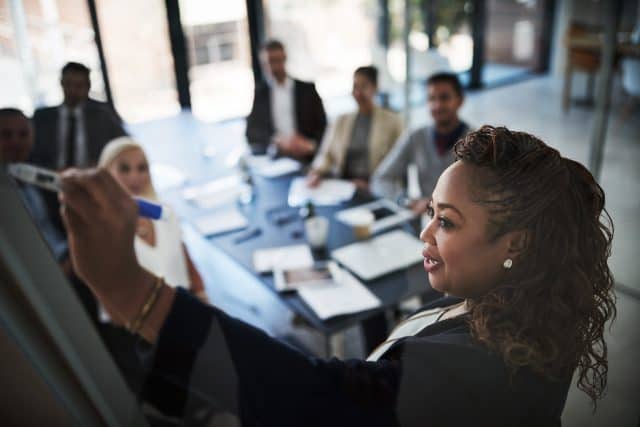 The case for diversity in the workforce is well established, and it is backed by science. Savvy organizations are increasingly keen to capitalize on the promise that diversity brings across a range of dimensions, from innovation and financial performance to capturing market share. This might translate into more inclusive hiring practices that can level the field for Black candidates, women, and other minority groups.

Indeed, Google and other companies routinely suppress college degree requirements and other kinds of information in their recruitment processes to widen the pipeline. Although this is well and good, what happens once minority talent makes it into the organization? How effective are organizations–even those with the best intentions–at nurturing, engaging, and retaining that talent?

The statistics suggest that the Great Resignation is a massive problem for Corporate America, with the Bureau of Labor Statistics (BLS) reporting record numbers of workers quitting their jobs in Fall 2021. Among minority employees, the situation is even more grim. The BLS reports that with Black and other racial minority groups, turnover is a full 30 percent higher than among White counterparts, meaning that firms fail to realize full returns on their inclusive recruitment expenditure. Tackling this kind of attrition should be a priority for employers who are “authentic” and committed to diversity in their organizations, says Goizueta’s Arielle Lewis 26PhD.

“It’s not just getting people through the door; it’s about hanging onto them once they get there.”

How Do Race and Gender Influence Stigmatization?

For Black women coming into new organizations, there’s the dual “risk” of stigmatization on account of both race and gender, says Lewis. It is, therefore, all the more critical to ensure feelings of identity-safety for Black female employees through cues and signals that the workplace environment and culture welcomes and values them and their contribution as individuals.

One such cue may be the presence of other Black women who are thriving within the organization, with whom they may have common ground and shared life experiences of discrimination or bias growing up or in school. While this might work in theory, in practice, it’s a lot harder, says Lewis, and it’s because of the chronic underrepresentation of Black women in the American workforce. There just aren’t enough potential mentors to make it work in every organization.

“Stigma solidarity happens when we identify with other people who might not be exactly the same as us, but whose life experience of stigmatization–race or gender-based discrimination and bias–is similar,” she explains. “Our theory is that a Black woman entering a workforce would expect a Latina employee to have similar experiences with racial discrimination and would, therefore, be able to identify with her. She’d also expect her to hold more positive views about Black women, which is key to enhancing identity safety.”

To test this, Lewis et al. ran two studies–online surveys–looking at whether Latina employees can act as identity-safety cues for Black women. They also looked at whether racial phenotype–skin tone, hair, and other characteristics–might enhance or decrease feelings of identification or expectations of having similar experiences.

“To do this, we analyzed the way that Black women expressed feelings of identification with white and Afro-Latina women,” she says.

Across both studies, Lewis et al. found that the Black women surveyed believed Latina women–whether white- or Afro-Latinas–have faced generalized bias in their lives, significantly more so than white female employees. When it came to the actual degree of bias or discrimination they had faced, the respondents felt that only Afro-Latina women were on a similar level as Black Women. In other words, they identified significantly more with this group than with white-Latinas or white women.

Interestingly, however, when white Latinas expressed their own previous encounters with racism, Black women’s feelings of identification and solidarity toward them increased significantly with the belief that these women would be more positive, supportive, and understanding in their perception.

Lewis et al. findings shed light on the ways in which marginalized individuals can forge connections with others in the workplace, based on identity and similarity.

For organizations and leaders looking to drive psychological safety and feelings of belonging among Black female recruits, a promising path forward could involve processes or initiatives that bring them together with women who’ve experienced bias or discrimination akin to their own.

That said, inclusive practices that simply “lump people together” should be avoided at all costs, cautions Lewis.

“Our study shows that shared experience of discrimination can be a critical mechanism in forging identity safety for people coming into an organization from marginalized backgrounds, especially Black Women dealing with the double stigma of race and gender,” she says. “Organizations and leaders interested in pursuing inclusive strategies around mentorship based on similarity also need to be sensitive to the differences and variability that exist within groups.”