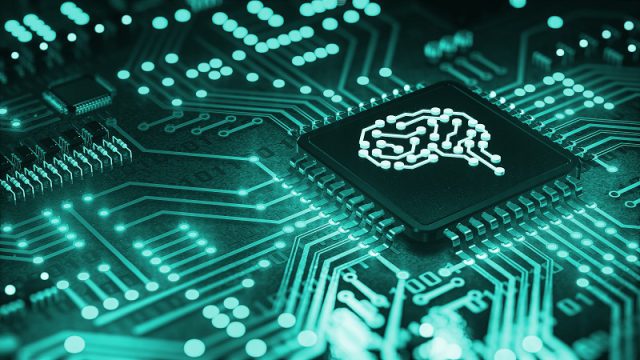 Goizueta’s David Schweidel pitted man against the machine to create SEO web content only to find that providing an editor with bot-generated content trounces the human copywriter every time. Good news for companies looking to boost productivity and save cash, he says. But could there be other hidden costs?

In December 2022, The New York Times ran a piece looking back on the year’s biggest consumer tech updates. The review was mixed. Ownership shifts in the world of social media garnered special mentions, but hardware innovations had been largely “meh,’ mused the Times. There was one breakthrough area that warranted attention, however: AI-powered language-processing tech capable of generating natural-looking text, the same technology that powers familiar chatbots. And one such technology could well be poised to “invade our lives in 2023.”

Earlier in December, AI research lab OpenAI, released the latest update to its Generative Pre-Trained Transformer technology, an open source artificial intelligence. It’s latest iteration, ChatGPT, immediately went viral. Here was an AI assistant that sounded intelligent. Not only could it answer any question thrown its way without supervised training, but when prompted, it could also write blog posts, as well as find and fix bugs in programming code. ChatGPT could draft business proposals and even tell jokes. All of this at a speed that beggared belief.

Since its first release in 2020, OpenAI’s GPT technology has powered through a slew of updates that have seen its capabilities leap forward “by light years” in less than 24 months, says Goizueta Professor of Marketing, David Schweidel. For businesses looking to harness this rapidly-evolving technology, the potential is clearly enormous. But aren’t there also risks that industry and consumers alike will need to navigate?

Schweidel is clear that the academic community and initiatives such as the Emory AI Humanity Initiative have a critical role in asking hard questions—and in determining the limitations and dangers, as well as the opportunities, inherent in tech innovation—because, as he puts it, “these things are going to happen whether we like it or not.”

To that end, Schweidel and colleagues from Vienna University of Economics and Business and the Modul University of Vienna have put together a study looking at how well natural language generation technologies perform in one specific area of marketing: drafting bespoke content for website search engine optimization, better known as SEO. What they find is that content crafted by the machine, after light human editing, systematically outperforms its human counterparts—and by a staggering margin. Digging through the results, Schweidel and his colleagues can actually pinpoint an almost 80 percent success rate for appearing on the first page of search engine results with AI-generated content. This compares with just 22 perfect of content created by human SEO experts. In other words, the AI content passed to a human is roughly four times more effective than a skilled copywriter working alone.

Reaching these findings meant running two real-time, real-world experiments, says Schweidel. First, he and his colleagues had to program the machine, in this case GPT 2, an earlier incarnation of GPT. GPT relies on natural language generation (NGL), a software process that converts manually uploaded input into authentic-sounding text or content—comparable in some ways to the human process of translating ideas into speech or writing. To prepare GPT-2 for SEO-specific content creation, Schweidel et al. started with the pre-trained GPT-2, and then let the machine do the heavy lifting: searching the internet for appropriate results based on the desired keyword, scraping the text of the websites, and updating GPT-2 to “learn” what SEO looks like, says Schweidel.

We partnered with an IT firm and a university to run our field experiments. This meant creating SEO content for their websites using GPT-2 and actual human SEO experts, and then doing A/B testing to see which content was more successful in terms of landing in the top 10 search engine results on Google. So this was an opportunity to put the AI bot to the test in a real-world setting to see how it would perform against people.

The results point to one clear winner. Not only did content from GPT-2 outperform its human rivals in SEO capabilities, it did so at scale. The AI-generated content scored a daily median result of seven or more hits in the first page of Google search results. The human-written copy didn’t make it onto the first result page at all. On its best day, GPT showed up for 15 of its 19 pages of search terms inside the top 10 search engine results page, compared with just two of the nine pages created by the human copywriters—a success rate of just under 80 percent compared to 22 percent.

The machine-generated content, after being edited by a human, trounces the human in SEO. But that’s not all, says Schweidel. The GPT bot was also able to produce content in a fraction of the time taken by the writers, reducing production time and associated labor costs by more than 90 percent, he says.

“In our experiments, the copywriters took around four hours to write a page, while the GPT bot and human editor took 30 minutes. Now assuming the average copywriter makes an annual $45K on the basis of 1,567 hours of work, we calculate that the company we partnered with would stand to save more than $100,000 over a five-year period just by using the AI bot in conjunction with a human editor, rather than relying on SEO experts to craft content. That’s a 91 percent drop in the average cost of creating SEO content. It’s an orders of magnitude difference in productivity and costs.”

But there are caveats.

First off, there’s the quality of the machine-generated content to consider. For all its mind-boggling capabilities, even the newly released ChatGPT tends to read somewhat sterile, says Schweidel. That’s a problem both in terms of Google guidelines and brand coherence. Human editors are still needed in order to attenuate copy that can sound a little “mechanical.”

“Google is pretty clear in its guidelines: Content generated by machines alone is a definite no-no. You also need to factor in the uncanny valley effect whereby something not quite human can come off as weird. Having an editor come in to smooth out AI content is critical to brand voice as well as the human touch.”

Then there are the moral and metaphysical dimensions of machine learning and creativity that beg an important question: Just because we can, does that mean we should? Here, Schweidel has grave reservations about the future of ChatGPT and its ilk.

The potential of this kind of technology is extraordinarily exciting when you think about the challenges we face from productivity to pandemics, from sustainable growth to climate change. But let’s be very clear about the risks, too. AI is already capable of creating content—audio, visual and written—that looks and feels authentic. In a world that is hugely polarized, you have to ask yourself: How can that be weaponized?

At the end of the day, says Schweidel, the large language models powering these generative AIs are essentially “stochastic parrots:” trained mimics whose output can be hard to predict. In the wrong hands, he warns, the potential for misinformation—and worse—could well be “terrifying.”

“Shiny new tech is neither inherently good nor bad. It’s human nature to push the boundaries. But we need to ensure that the guardrails are in place to regulate innovation at this kind of pace, and that’s not easy. Governments typically lag far behind OpenAI and companies like them, even academics have a hard time keeping up. The real challenge ahead of us will be about innovating the guardrails in tandem with the tech—innovating our responsible practices and processes. Without effective safeguards in place, we’re on a path to potential destruction.”

Goizueta faculty apply their expertise and knowledge to solving problems that society—and the world—face. Learn more about faculty research at Goizueta.

Meredith Hork on following her instincts