“[In the employment study] we noticed white Americans listed the back applicant as having lower status, as being less educated, having a lower income and being less likely to be in a managerial position,” she said.

Erika V. Hall joined the Goizueta faculty in 2014. Hall earned a PhD in Management & Organizations from the Kellogg School of Management at Northwestern University. Her research focuses on implicit perceptions of femininity and masculinity in the workplace. Further, Professor Hall looks at how leaders with multiple minority identities are perceived in teams and organizations. Professor Hall’s work has appeared in academic journals such as Psychological Science and Journal of Experimental Social Psychology, and media outlets such as The New York Times. Prior to graduate school, Hall was a Research Associate at Harvard Business School. 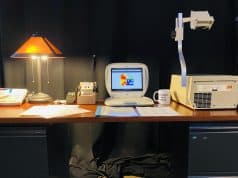