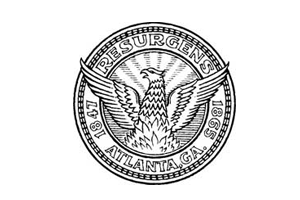 ATLANTA –  Mayor Kasim Reed announced today that he has appointed Dan Gordon as Chief Operating Officer of the City of Atlanta, a position that encompasses oversight and executive management for the city’s operating departments including Aviation, Fire, Police, Corrections, Parks, Recreation and Cultural Affairs, Planning and Community Development, Public Works, and Watershed Management. Gordon brings over 15 years of management experience to the position and currently serves as a senior operating executive at The Home Service Store (HSS), a Roark Capital portfolio company.

“I am pleased to have Dan Gordon join the Administration as Chief Operating Officer,” said Mayor Reed. “He brings to us a wealth of senior leadership and operating experience, and I am confident he will enhance our Administration’s focus on strengthening public safety, balancing the city’s budget and building its reserves, and improving customer service. His appointment marks an important step forward in continuing our city’s success.”

“It is an honor to serve the City of Atlanta in this capacity,” said Dan Gordon. “I look forward to working with our talented staff to provide the highest level of service, efficiency and results. I would like to thank Mayor Reed for this opportunity, and I am determined to see Atlanta continue to thrive.”

In his current role, Gordon leads a national team to optimize operations for HSS. The company is owned by a leading private equity firm and has a network of over 700 affiliates across the United States. HSS processes over 40,000 projects annually.

Prior to joining the City of Atlanta, Gordon held several senior operating positions including serving as an executive at The Arthur M. Blank Family of Businesses. There, he co-founded and ran the Atlanta Falcons Physical Therapy Centers, a world-class healthcare business for Arthur Blank. In 2013, Dan was recruited to serve as the Chief Operating Officer of Extremity Healthcare Inc., where he realized substantial savings by simplifying processes, renegotiating contracts and finding innovative ways to operate more efficiently. During his tenure at The Home Depot, Gordon played a key role in numerous operational and acquisition strategies ranging from startup concepts to multi-billion dollar initiatives.

Mr. Gordon also dedicates his time to a number of community leadership positions. He currently serves as Co-Chair of the Grady Hospital Ambassador Force, ELC Chair of the Children’s Healthcare of Atlanta Foundation, Power Day Co-Chair for Leadership Atlanta, and as a Trustee of Outstanding Atlanta. In addition, he completed terms on the Executive Board for Big Brothers Big Sisters of Metro-Atlanta and on the Executive Board of Visitors for Emory University.

Gordon holds a M.B.A in Finance and Real Estate from Goizueta Business School at Emory University, and earned his B.A. in International Studies at Emory as well.

The Atlanta City Council must confirm Gordon before his appointment is final.

MSBA students use data skills to give back during Missing Maps...