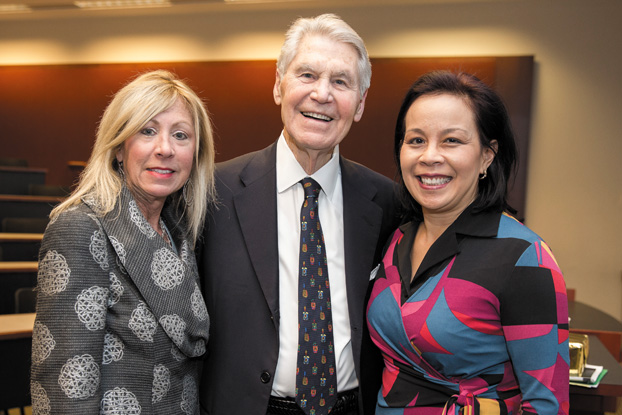 Marketing professor Sandy Jap became the first recipient of the Sarah Beth Brown Professorship in Marketing. Established in 2015 by the John W. and Rosemary K. Brown Family Foundation, the professorship is named in honor of Sarah Beth Brown 89MBA (left), who is an executive at The Coca-Cola Company. In March, the Browns visited Goizueta and met with Jap, pictured here, and later with this year’s Sarah Beth Brown Scholars, Anna Navratil 17MBA and Cat Rickenbacker 18MBA.

For more on how you can provide a named gift, click here.

Learning about Goizueta at Welcome Weekend