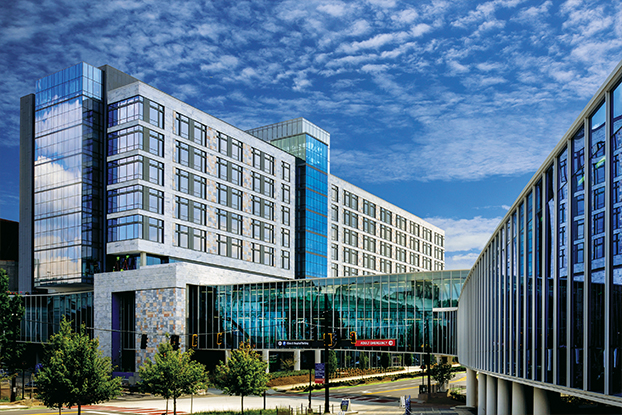 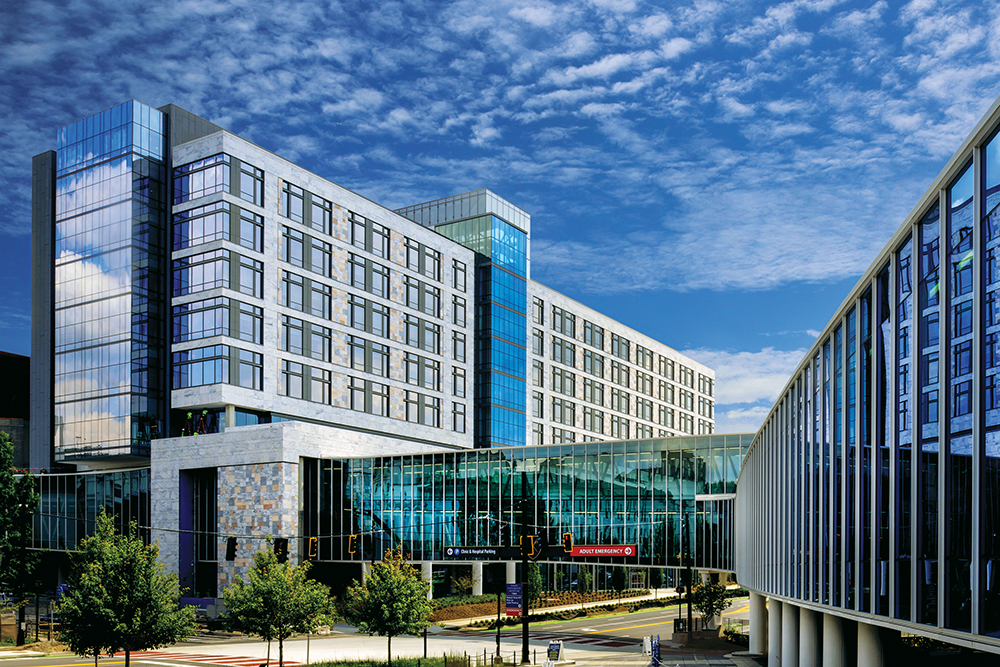 If you haven’t been back to campus lately, chances are you won’t recognize the changes on Clifton Road. Not only did the University and Emory Healthcare totally revamp the road, but they added a new access street to accommodate traffic and opened a new state-of-the-art hospital tower, just adjacent to the law school and encompassing the original B Building of Emory Clinic.

“The opening of this tower is the first major expansion at Emory University Hospital in years,” says Robert Bachman, executive director for expansion/renovation at the hospital. “When we admit the patient, we admit the family, and we want this building to truly represent the importance of interdisciplinary patient- and family-centered care.”

In July, more than 1,200 Emory employees and physicians got a sneak peek of the new facility during a staff open house. Attendees explored the first two floors of the new building, which contain the radiology department, anesthesiology pre-admission clinic, admissions, guest services, and the dining facility—the Clifton Café. They could also tour one of the patient floors nearing completion.

Floors one and two opened July 31, along with an underground parking deck, complete with 500 parking spaces. Patient floors began opening in late August, and the hospital tower became fully operational in late October.

Visit emorycliftonroadwork.com for more on the Clifton Streetscape project.