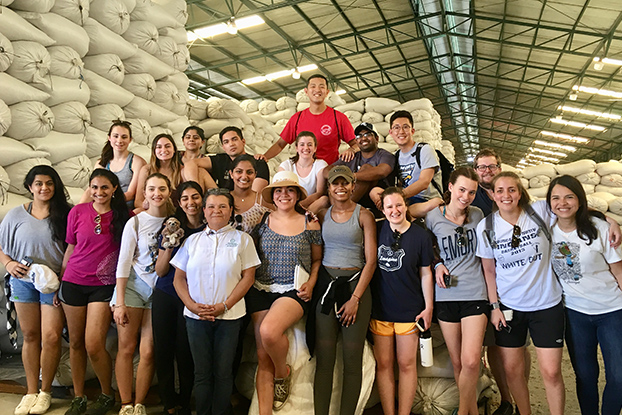 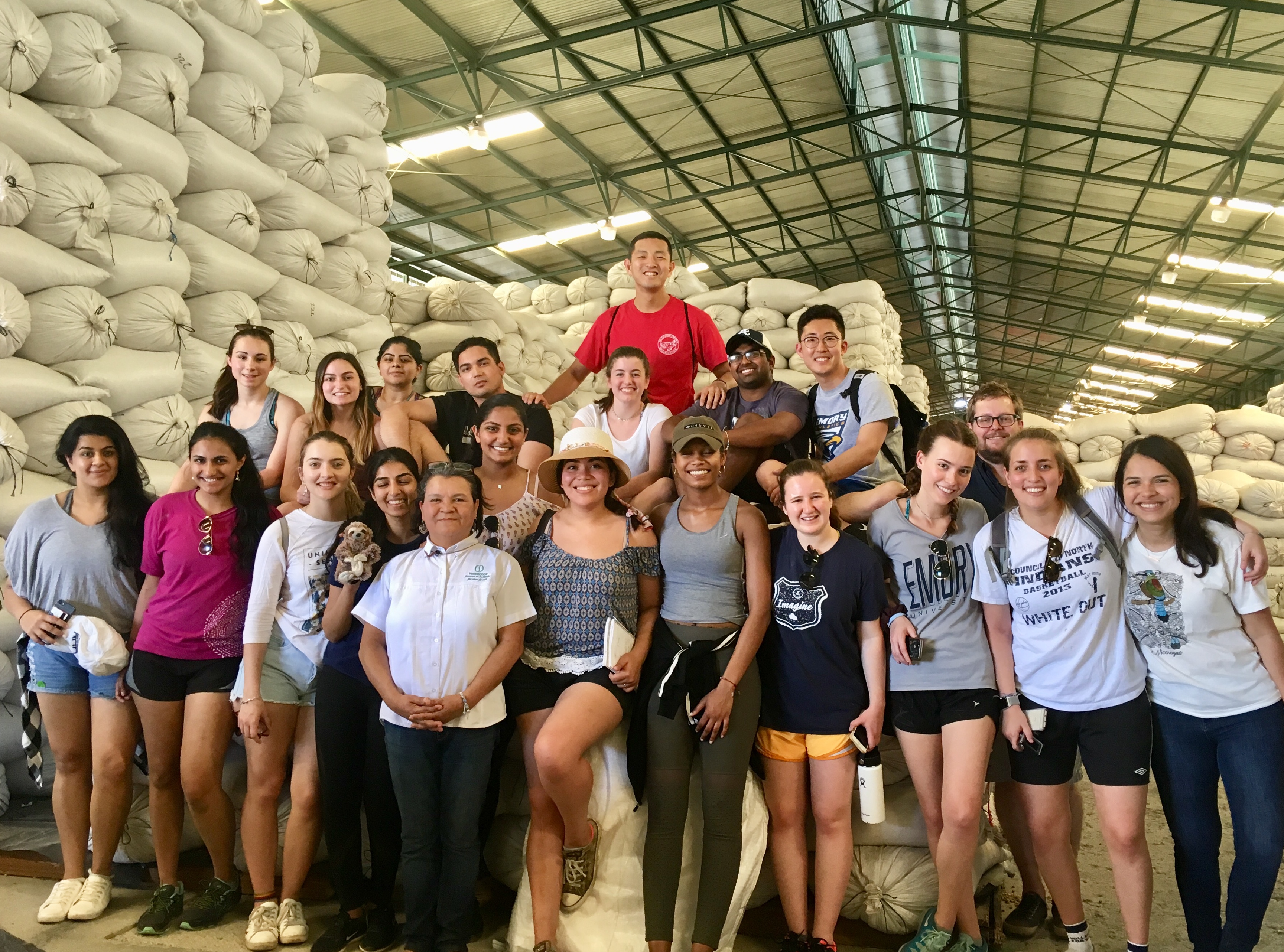 While most Emory students traveled to sunny beaches or went home to see family, several BBA students saw the week of spring break as opportunity to learn and grow.

For six years, this trip has exposed students to the many development challenges faced in Central America and the Caribbean. The trip engages students in discussions related to how business principles and market-based solutions can be applied to achieve meaningful societal impacts.

“I think part of it is to develop that global perspective on things,” Longhofer said. “A lot of students don’t have the opportunity to study abroad, and I think that can be a really transformative experience for students to spend a significant amount of time in a new environment.”

The group spent five days in Nicaragua visiting coffee farms, renewable energy firms and a range of other social enterprises. As a new addition this year, the group traveled to the Dominican Republic for four days to visit with a living wage garment factory, Alta Gracia, which makes university apparel. 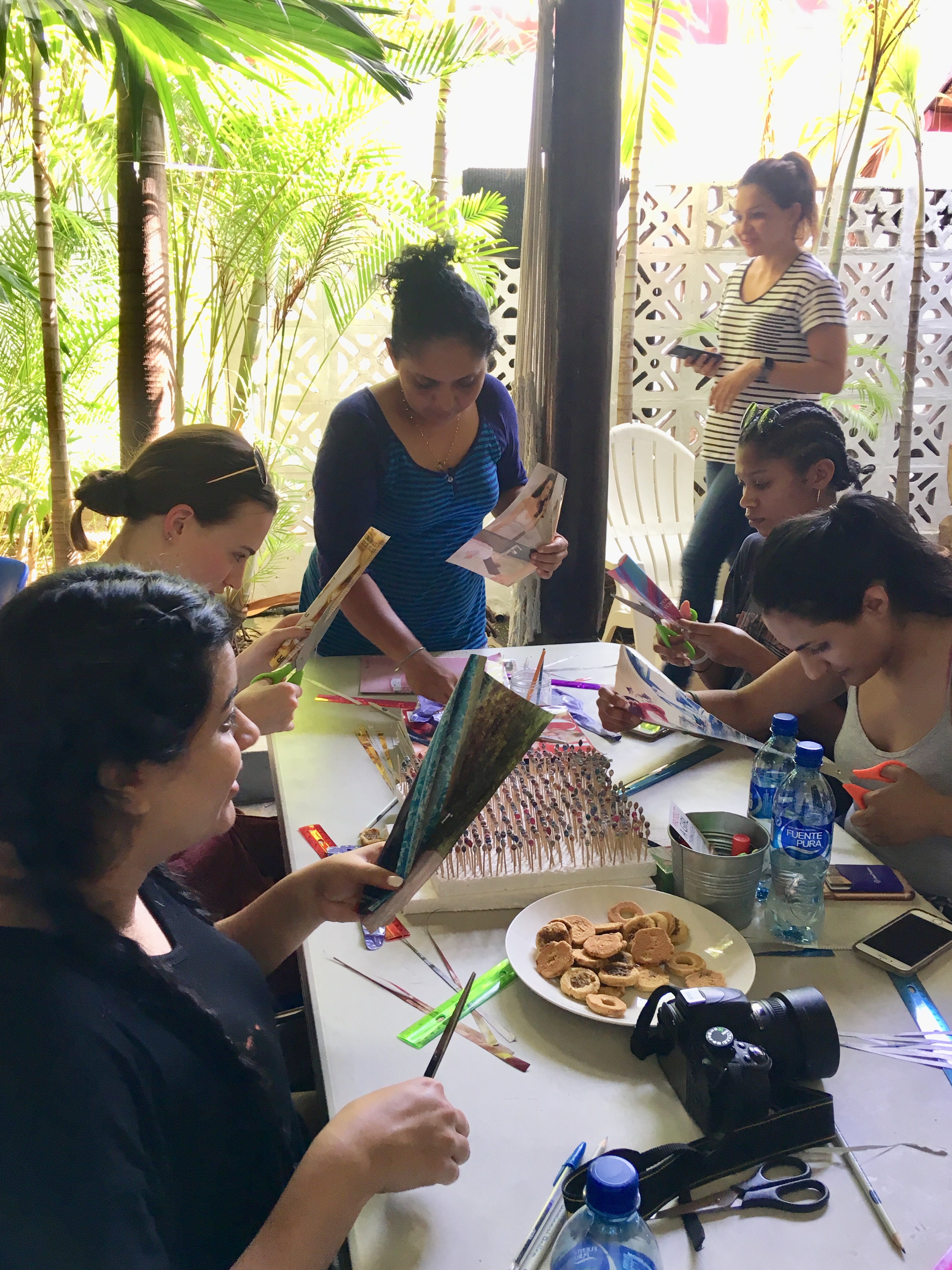 “It gives students a way to compare industries between coffee, cacao and garments,” Longhofer said. “It’s comparing the challenges in each of those industries in terms of ensuring transparency and fair labor practices, as well as both ends on the consumption side, the producer side, and how social good can be created.”

Many of the site visits were entrepreneurial-focused, allowing students to meet entrepreneurs from different industries with a variety of backgrounds.

When Peter Roberts, academic director of Social Enterprise, started the center, he wanted to add an international component with an interest in coffee. As relationships developed across several countries, the trip evolved to where the center knows what to focus on and how to take advantage of new opportunities.

Jill Vijaykumar Diwankatera 18BBA said the trip was nothing short of spectacular.

“The social enterprise owners we met, like Tio Antonio, were so inspiring, and meeting them really put the whole class into perspective,” Diwankatera said. “I could have spent the whole semester learning about social enterprise but nothing beats actually going down to Nicaragua and meeting people whose entire lives revolve around making the world a better place. I would go back in a heartbeat.”

One of the highlights for all of the students, even Longhofer, was one evening when the power went out in the middle of dinner. With nothing but the dim glow of phones around the table, the students had nothing else to do but talk and get to know one another better.

“They saw some things that they had never seen before, and they experienced an environment that they probably felt pretty unfamiliar in,” Longhofer said. “They think about all the things that they are learning about in business class. They’re just applying it in a different context, and they have a social purpose behind them.”