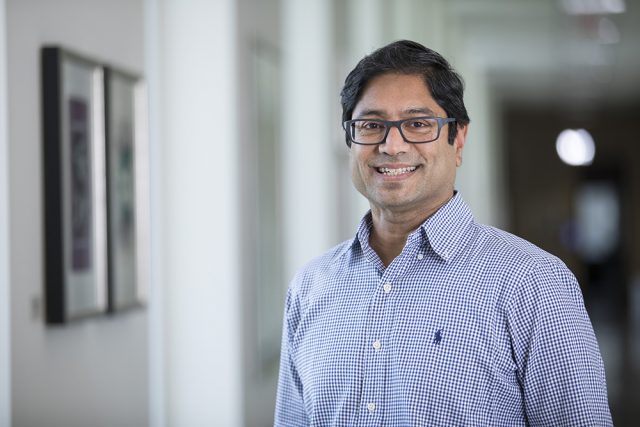 Tarun Chordia is fascinated by asset pricing and the mechanisms that undergird it. Pricing, he says, is absolutely fundamental to how capitalist economies function.

However, the pricing of securities—be they bonds, stocks, commodities or other assets—can be as perplexing as it is critical. Not least because the basic paradigm of risk and return is frequently turned on its head.

“Most of us understand it like this: the higher the risk, the higher the expected return. But in financial markets, this concept is regularly violated,” says Chordia, R. Howard Dobbs Jr. Chair and Professor in Finance. “We often see prices deviating from our theoretical models. It’s an area I’ve been researching for many years, focusing on what causes these atypical patterns or anomalies in asset pricing. It’s a really complex area, and I’m drawn to it in part because of its very complexity and the intellectual conundrums that it throws out to researchers.”

Most recently, his interest has been focused on high-frequency trading (HFT) in particular and its impact on market efficiency—whether information is absorbed into prices effectively, quickly and accurately. And it’s an area that couldn’t be more relevant. In today’s markets, more than 50 percent of trading is already being powered by computers with the capacity to submit and execute orders in fractions of a second.

Chordia wants to know if there are welfare trade-offs in terms of costs and benefits involved in this kind of trading. Because the costs, he says, are huge.

“Fast trading is super expensive. It’s immensely costly to develop the algorithms, access real-time data feeds and to build the high-speed data networks that connect the trading centers in New York, London, Chicago and other cities. In my research I address a fundamental question: does this type of expensive trading improve welfare? Does it make things better for us? Because the money spent on networks is money that could just as easily be spent elsewhere—on education, schools or hospitals.”

Since the 2008 collapse, the financial world has come under unprecedented scrutiny from the public and the media, but with innovations like HFT reshaping the markets at vast speeds and making it harder to understand who really benefits and how, questions are again being raised about regulation—specifically, whether more regulation of financial markets, high frequency traders in particular, is needed. Academia has an “absolutely central role” here in making sense of all this, says Chordia.

“It’s true that speed confers an advantage to fast traders, and HFT is highly profitable, so understandably there have been a number of market participants who have called for regulating HFTs. However, the academic literature has shown that HFT improves market quality in terms of lower trading costs, lower volatility and improved price discovery.”
Chordia and his colleagues have played a key part in bringing this understanding to light.
“First off, we’ve debunked some of the myths about just how much profit is being made in the HFT environment and about traders making a killing at everyone else’s expense. The profits simply aren’t as high as people suspected.”

This, explains Chordia, is due to competition in the markets.

“Fast trading has become much more competitive in recent years. What we’ve found is that the very mechanisms of this competition squeeze profits, even as the speed of incorporation of information into prices has increased. Profits have declined. So, for now, our prescription is: let competition work its magic in high-frequency markets, as it has in other markets.”

“Over the years my colleagues and I have presented papers making real-world contributions that can be used by all kinds of practitioners, from hedge fund managers to regulators. One example is a paper I shared with the Securities and Exchange Commission back in the late ’90s when the tick size—the minimum price increment—was fixed at 6.25 cents. We argued that this tick size was too large, creating an incentive for dealers to make massive profits out of spreads (the gap between the bid and ask price) and hampering liquidity in the market. Shortly thereafter, the tick size declined to 1 cent. So academic research can have genuine real-world impact,” he says.

“In finance, as in other fields, someone has to act as the referee. And as academics, I believe we have a duty to rigor and honesty both in the work that we do—it takes five to seven years to produce a published paper—and in sharing the results of that work with key decision-makers,” he explains. “Our world is only set to become more complex with the explosion of big data, fintech, machine-learning and systemic risk. It’s my belief that academia has a crucial role in understanding the potential of these important new fields. Science has the power to change the way we think and to move our societies and our world forward. Quite simply, it is essential.” — Áine Doris 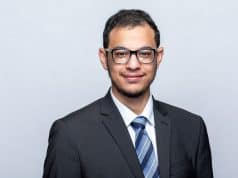