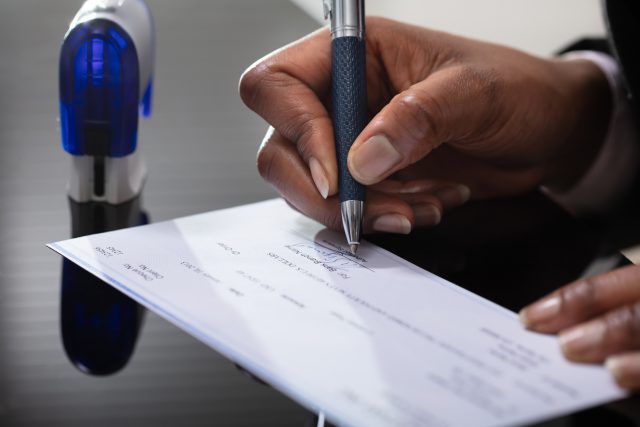 SPACs are having a moment. 2021 is barely through its first quarter and the number of SPAC IPOs has surpassed 2020’s grand total of 248 and their $83 billion in collective proceeds. At the moment, there are over 400 SPACs—Special Purpose Acquisition Companies—on the market, each seeking a private company to take public. Even celebrities like basketball great Shaquille O’Neal and tennis star Serena Williams have joined the SPAC boom.

The current SPAC frenzy has led to predictions that the SPAC market is a bubble ready to burst, but Klaas Baks, professor in the practice of finance and executive director, Emory Center for Alternative Investments, doesn’t see it that way. He points to financial practices such as leveraged buyouts and securitization, both considered suspect in their heyday, but that are mainstream today. “We’re in the first inning of SPACs,” said Baks.

SPACs have been in existence since 1993. Historically known as blank-check companies, SPACs are shell companies that list on a public exchange (such as the NASDAQ or NYSE) with the sole purpose of acquiring a private “target” company (or companies) to take public within a set timeframe, generally 18 to 24 months. Like all IPOs, SPACs raise capital from third-party investors. Unlike other IPOs, nearly all the capital raised is placed in a trust and later used to acquire the target company. Since target companies aren’t yet identified when the SPAC goes public, the expertise and reputation of the SPAC’s “sponsors,” oftentimes former CEOs and large asset managers, are what attracts investors. When the private company and the SPAC merge (“the business combination”), the newly acquired company adopts the SPAC’s spot on the public exchange, thereby becoming a public company.

According to Baks, SPACs are coming into their own for several reasons: recently updated rules and regulations around SPACs, a glut of capital in search of investment, and a seemingly infinite number of private companies wanting to go public. “This generation of SPACs has the right economic equilibrium between investors, sponsors, and companies that want to go public by merging with a SPAC,” noted Baks.

SPACs help close the gap between private and public markets

Before the dot.com crash in 1998, there were more than 8000 publically traded companies. Today, there are roughly 4000. “There are a lot more dollars chasing fewer companies,” noted Rahul Wadhwa 20BBA, associate, Navigation Capital Partner’s SPAC Operations Group. Wadhwa was in his final semester at Goizueta when he learned about SPACs as Baks’ research assistant. “SPACs bridge the gap between public and private markets,” he explained. “Once you have an understanding of how many companies the venture capital (VC) world has invested in and how many the private equity (PE) world is backing, what’s happening with SPACs starts to make sense.”

In 2020, according to PitchBook, a financial data company, private equity firms completed more than 5300 deals with a total deal value of more than $708 billion in the U.S. Statista.com puts the value of VC investments in 2020 at approximately $130 billion. “There is a desperate need for these funds to exit their investments,” Wadhwa said. Navigation Capital Partners’ website estimates that global dry powder—funds looking for investment opportunities—totals $2 trillion. If the current SPAC IPO pace continues, 2021 totals would hit 1000 SPACs with proceeds of more than $300 billion. That would still leave $1.3 trillion in dry powder in search of investments. “It’s been wild out there,” said Wadhwa. “But if you look behind the curtain, it’s justified.”

In exchange for their initial investment as well as the time and effort needed to find and acquire a private company, SPAC sponsors receive shares equal to 20% of the total shares outstanding after the SPAC IPO. For example, a sponsor that invests $8 million in a $200 million SPAC will receive 5 million shares. Sponsors also receive founder warrants, which give them the right to purchase additional shares later, at a fixed price.

On the downside, if the sponsors don’t find a company to acquire, the sponsors lose their initial investment. “But there is a tremendous upside,” noted Baks. “There is a lot of money to be made.” A recent study by JP Morgan noted that, on average, SPAC sponsors make a return of almost 10 times their investment.

Typical SPAC sponsors include outfits such as Blackstone, Goldman Sachs and Citigroup. VC and PE firms have begun their own forays into SPAC sponsorship—often raising more money in less time with reduced risk than they could in the private market. One of the best known SPAC sponsors is venture capitalist Chamath Palihapitiya, a former Facebook executive and the founder and CEO of Social Capital. In the last three years, Palihapitiya has invested in six SPACs, including one that took commercial aerospace company Virgin Galactic public in 2019. Forbes estimates Palihapitiya has received returns of roughly $1 billion from his six SPACs.

Since SPACs are shell companies until the business combination, at IPO, all SPACs have the same structure. IPO investors receive “units” priced at $10/unit. (Units are comprised of shares, warrants and/or rights.) Shortly after the IPO, the SPAC splits the units into its various elements—shares, warrants and rights—after which each element can be traded separately. All investors that purchase shares prior to the SPAC’s business combination receive “redemption rights,” or the right to recoup their investment, with interest, if they don’t like the SPAC’s proposed acquisition. “What’s really unique about this is that you’re limited on the downside,” said Baks.

Investors in SPAC IPOs include the so-called “SPAC mafia,” a concentrated group of Wall Street insiders and hedge funds. However, the vast majority of “SPAC mafia” investors redeems its shares or sells them pre-merger. According to Forbes, by doing so, “SPAC mafia” firms routinely notch returns of around 20 percent. After these investors redeem their shares, that capital needs to be replaced.

To ensure the SPAC has sufficient funds to acquire the target company, SPAC sponsors often seek “backstop” or PIPE—private investment in a public entity—financing. This capital tends to come from a small pool of investors, including institutional investors and, more recently, VC and PE firms. PIPEs are attractive to investors as they are able to buy shares in the SPAC for below market value. They’re also given more access to the target company’s financials, which helps validate the price of the target’s acquisition.

Lured in by the buzz around SPACs, retail investors are increasingly buying shares in SPACs. One of the best performing SPACs of 2020, DraftKings went public via SPAC last April. In late March, DraftKings stock was trading around $67 per share—significantly more than its $10 initial offering. However, a 2020 study by the Financial Times found that the majority of companies that went public via SPAC between 2015 and 2019 were trading below $10 per share.

In addition, Wadhwa cautions that SPAC shares “are really not like normal stocks,” he said, referring to the breaking of units into shares, warrants, and rights after a SPAC goes public. If SPAC IPO investors decide to exercise their warrants, that act can greatly dilute a retail investor’s shares. “When you invest in SPACs you’re getting more [than a regular stock]. It’s a bundle of securities that you can potentially redeem,” Wadhwa added.

Why do target companies sell to a SPAC?

Assume there is a high-growth technology company with $50 million in annual revenues and a private equity valuation of six to eight times revenue, or $400 million to $600 million, posited Charlie Goetz, senior lecturer in Organization & Management and distinguished lecturer in Entrepreneurship. “Sounds nice, right?” he asked. But, Goetz added, if this high growth company were public, it could easily have a price-to-earnings ratio of 30—meaning investors in the public market would value the company at 30 times its current earnings—or $1.5 billion. “A hot technology company will find that the private market won’t pay it what the public market will,” explained Goetz.

That said, noted Goetz, the sweet spot for private companies wanting to go public via SPAC is in the $200 million to $700 million range. Traditional IPOs tend to be reserved for “unicorns” such as ride-sharing stalwart UBER, which had a 2019 IPO valuation of $82.4 billion. According to SPACinsider, in 2020, the average SPAC IPO was $336 million. SPAC IPOs also face less stringent regulatory hurdles than traditional IPOs. As an added bonus, the leadership teams of SPAC-acquired companies tend to retain control of their companies, unlike many PE-backed firms.

In 2020, only two SPACs failed to merge with a target company, a success rate of 97 percent. But as the number of SPACs increase, Wadhwa expects the number of SPAC failures to rise. “You’re always going to have bad apples,” he said.

That said, Wadhwa believes SPACs are here to stay. “Ten years from now SPACs will still be strong because they’re a useful tool,” he explained. “The SPAC space is a great place to be.”

Find out more about topics like cryptocurrency, frontier markets, and the importance of SPACs on our economy at The Center for Alternative Investments at Goizueta.

Op-Ed: Sanctions on Energy: To Russia with Love Now