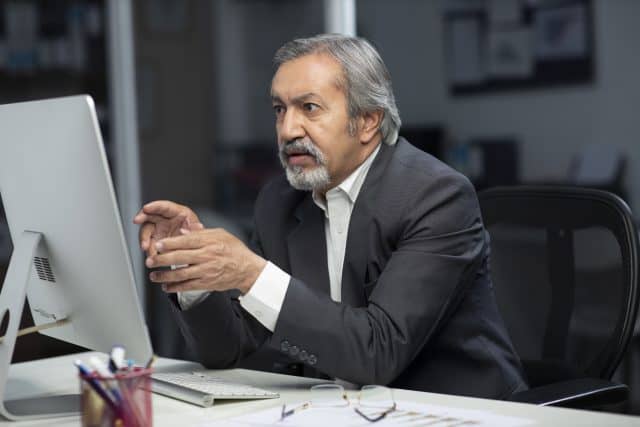 When investors are deciding whether to put their capital into a company, they typically take a breadth of different factors into account. Earnings, performance, market share—all of these are critical, for sure. But equally important is belief in the talent and capabilities of the organization, and its most visible human face: its CEO.

How a CEO comes across at key touchpoints such as earnings calls can significantly shape investors’ perceptions of his or her abilities. We know from research that even subtle things like tone of voice can increase—or diminish—shareholder confidence. So, too, can subliminal emotional or behavioral cues in speech.

But what about something arguably more obvious and easier to quantify? What about accent?

Until now, remarkably little attention has been given to how much sway a CEO’s accent has on investors’ impressions or attitudes. We simply don’t know whether chief executives with “foreign” accents fare better or worse with shareholders than native US-English speaking counterparts.

And this subject matters. It’s estimated that as many as 9 percent of all companies in the U.S. and more than 11 percent of Fortune 500 firms are run today by foreign-born chief executives. How investors perceive these CEOs relative to native speakers could have major implications for hundreds of thousands of organizations.

Shedding compelling new light on this is new research by Goizueta PhD candidate Leonardo Barcellos, and Schaefer Chaired Professor of Accounting Kathryn Kadous. Together they have produced a study that suggests that accent does matter–though perhaps not in the way that many of us might think.

Barcellos’ and Kadous’ findings show that having a foreign accent not only positively enhances the way a CEO is perceived by potential investors, but that non-native English speakers are an astounding 30 times more likely to be seen as “exceptional,” “determined,” and more “hard working” than counterparts with native accents.

“There’s a lot of interest in how CEOs and managers are perceived, and research has looked at the interplay between attributes such as personality or speech with stereotyped thinking around high status and ability,” says Barcellos. “But accent is a new variable. And accents—foreign accents in particular—are also implicitly connected to biases and stereotypes. So, intuitively, you might expect that CEOs with non-native accents would be seen as somehow lower in status, less educated, or less able.”

Barcellos and Kadous created a novel hypothesis, however.

They reasoned that the stereotype-reconciliation process—the way biased or stereotyped thinking can be changed, attenuated, or even completely abandoned when new information or data comes to light—might in fact yield more interesting, counter-intuitive results.

“Specifically, we hypothesized that stereotypes attached to nonnative speakers—that they’re less educated or advantaged—would in some way compete with the way we (stereotypically) see the figure of the CEO as someone powerful, successful, and of high-status,” explains Kadous. “We suspected those CEOs with foreign accents might somehow be construed as overcoming greater odds or more adversity to make it to the top; and that this might actually make potential investors think all the more highly of them and their abilities.”

To put this to the test, she and Barcellos ran a series of randomized experiments.

First, they recruited participants with real-world investing experience to review data from a fictitious firm. Participants were then invited to listen to various recordings of earnings conference calls, in which managers report firm earnings to investors. The calls were performed by actors, some of which were led by “CEOs” with native U.S.-English accents, some by non-native, Hispanic chief executives. The results were compelling.

“In the first experiment, we asked participants about their willingness to invest in the firm after they listened to the chief executive’s earnings call,” says Barcellos. And to test our theories around stereotype reconciliation further, we used both good and bad earnings reports. We wanted to see how they would respond to the CEO in question, particularly when the news was bad and needed to be processed more assiduously by the investors.”

Three further experiments explored their initial findings in more detail. In one of these, Barcellos and Kadous had participants listen to a passage read aloud by individuals with different accents, some described as CEOs, others not. Participants were asked to record open-ended descriptions of the individuals in each recording.

The results were stunning, says Barcellos.

“Across the board, we found that investors were more positively disposed to the CEOs with foreign accents. When we asked them to describe a CEO based on hearing the individual speak, investors used 2.5 times as many positive adjectives and qualifiers to describe nonnative-accented individuals versus native speakers.”

Looking at the findings together, he and Kadous were able to establish that investors are 36 times as likely to describe the CEO as having “exceptional traits” when the CEO spoke with a non-native versus native accent.

“The positive traits attributed to non-native-accented CEOs largely reflect investors’ attempts to reconcile the conflicting stereotypes arising from the CEO position and non-native accents. Investors reconcile the stereotypes by inferring that the non-native-accented CEO must have truly exceptional characteristics that can explain how a member of a disadvantaged group rose to the top management position,” says Kadous. “They are inclined to see the non-native group as having ‘worked their way up the ladder.’ The qualifiers they use include ‘hardworking’ and ‘integrity’ and having respect for workers because ‘they’ve been there too.’”

Perhaps most significantly, she and Barcellos found that investors were a stunning 33% more likely to invest in firms with poor earnings when the CEO delivering the “bad news” had a non-native accent. They put this down to the extra cognitive effort that we make to process and digest negative information or outcomes than positive – cerebral legwork that CEOs and the organizations they lead should be cognizant of these findings, says Barcellos. “Our research shows that managers should not be reluctant to speak up or step forward in key meetings, for fear of being judged poorly on their accent.”

The findings add weight, too, to the imperative for boards of directors and other senior decision-makers to guard against discrimination in appointing and retaining their top executives—especially when times are tough and performance suffers, says Kadous.

“When things are going well, the path ahead for organizations is usually pretty straightforward. It’s when the chips are down that it becomes all the more critical to have the backing of your shareholders and investors. Our research shows that when it comes to receiving bad news or poor results, investors are 33 percent more likely to still want to stake money on a firm or organization whose CEO speaks with a non-native accent than those run by native U.S.-English-speaking executives.”

Goizueta faculty research challenges the status quo and pushes boundaries into new realms of global thought leadership. Gain insight into innovative thinking that will shape the way your business can respond to new opportunities.