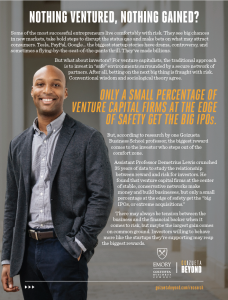 Startups are risky and, as most entrepreneurs will tell you, not for the faint of heart. But the lure of success is strong.

The startup space continues to be a significant drawcard for the ambitious, smart and creative — a place where anything is possible. Where a confluence of timing, luck, innovation and market conditions can lift ideas into flight and, perhaps, sell them for billions of dollars.

Most ideas crash, of course, and even the biggest success stories may have met with some kind of failure along the way.

Facebook, Tesla, PayPal, Google… They’ve all had a fair share of drama, controversy and, sometimes, a flying-by-the-seat-of-your-pants thrill. They have also made billions of dollars proactively prescribing customer needs, re-shaping markets and disrupting industries.

But what about investors? For venture capitalists, the traditional approach is to invest in “safe” environments surrounded by a secure network of partners. After all, betting on the next big thing is fraught with risk. Conventional wisdom and sociological theory agree.

But, according to research by one Goizueta Business School professor, the biggest reward comes to the investor who steps out of the comfort zone.

Assistant Professor of Organization and Management Demetrius Lewis crunched 35 years of data to study the relationship between reward and risk for investors. He found venture capital firms at the center of stable, conservative networks make money and build businesses, but only a small percentage at the edge of safety get the big payday.

Venture capital firms bring together individuals and organizations with money to invest. The firm forms a fund — a pool of cash — that invests in startups. Some, not all, of these startups will succeed. A good initial public offering of such a company can net hundreds of millions of dollars for venture capitalists and the network.

Sociological theory has it that venture capital firms going into business at the center of a solid network of well-established, highly-legitimate investors will fare well. There’s a Matthew Effect where operating at the core of a high-quality investment ecosystem equates to better performance.

But what about those firms operating outside of, or on the periphery, of a solid investor network? What happens to firms that, for whatever reason, work with younger, less established co-investors? Do they fare worse or does being on the periphery encourage more creative and risk-taking behavior?

[highlight] Lewis researched data from major investments and IPOs spanning three decades. Of the 4,000 investments filed between 1981 and 2016, the biggest exits — what Lewis calls the extreme acquisitions — were not always made by venture capital firms sitting at the center of a “safe” network. [/highlight]

According to Lewis, firms benefiting from extreme acquisitions built networks from scratch by taking risks, exploring options and looking at new ideas. In other words, venture capitalists and investors willing to behave more like the startups they invested in reaped the biggest rewards.

But does fortune really favor the brave? Yes and no, says Lewis.

“My research results indicate venture capital firms that enter into the center of the network experience are less likely to die,” Lewis said. “But they’re also less likely to have extreme success. The exact opposite is true for venture capital firms that enter into the periphery. Those at the center of a network playing it conservatively from day one are those that end up with the safe bets in the secure network.

“But the firms that begin life in the periphery grow up in a more entrepreneurial environment, take risks, explore untested areas and work with diverse partners. Later on, if they move to the center, it’s OK. These formative experiences give them an entrepreneurial foundation and the ability to bring together different groups of investors that would otherwise be disconnected.”

The implications for venture capital firms and investors are critical.

Of the 21 firms entering at the periphery in Lewis’ study in the year 2000, 17 eventually went out of business. But, these peripheral entrants were responsible for 75 percent of the major IPOs and acquisitions in 2000 completed by firms born that year. 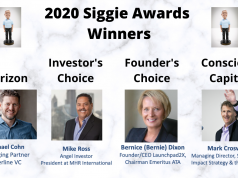 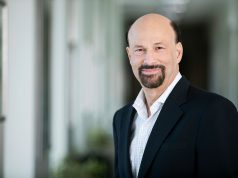 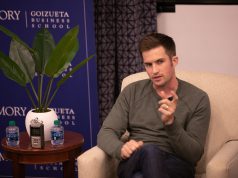