After competing in early November, the real estate team took first place in the CoreNet Global Academic Challenge competition in Seattle. The team beat two other finalists to win the international competition. Ryan Curry 09MBA, senior director at Cushman & Wakefield’s Atlanta office, accompanied the team to Seattle as a mentor.

“The team worked tirelessly over the course of 42 hours to connect with leaders from the CRE industry in attendance and had to quickly turn around and iterate planned solutions every night,” Betten said after winning. “The competition was a hybrid of case and hackathon concepts which was a unique experience. Leading this team has been a highlight of my MBA experience and winning was just the perfect way to end an intense competition.”

A group of Emory students with a focus on real estate will be heading to Seattle to take the stage in the finals during the third annual CoreNet Global Academic Challenge.

Two-Year students Sam Betten and Parker Plunkett, as well as One-Year student Charles Moore and third-year law school student Brian Holloway will be competing against two other teams from Columbia University and Delft University of Technology from the Netherlands in the finals in early November at the CoreNet Global North Summit North America in Seattle.

With the help from Professor in the Practice of Finance Roy Black, Betten worked with Jordan to learn more about the Academic Challenge, which requires teams of students to focus on a particular case study involving a hypothetical problem in real estate. The competition requires four students to be on a team, and Betten immediately knew he needed a law student due to the cases involving risk management and legal disputes.

“My background’s civil engineering and construction,” Betten said. “We have a well-rounded team, all with a focus on real estate.”

To qualify for the finals, Betten and his team submitted a hypothetical approach to a problem. CoreNet sent questions to teams to evaluate and answer, including:

“We put that together in a week and a half and sent it off, and that’s what the judges judged,” Betten said. “They had 100 schools from all around the world submit, and we got second out of the three schools chosen.”

To compete in the finals, the team now has a case study discussing a fictional company inspired by real corporations currently in business. The team will be working on the same type of questions, but they will now have to present their findings at the conference in front of a live audience and judges.

“What we look for are teams that come to the competition with some level of giving the questions we asked in the application process some deeper thought than their competitors,” Jordan said. “In terms of the Emory team, we’re impressed that they’re bringing three MBAs and a JD student, which is fantastic because that really represents the world of corporate real estate.”

The winning team will receive $5,000, and CoreNet covers each team member’s registration, airfare and amenities. However, the real prize will be what students can take away from the conference.

“It’s really the connections they can make because they are interacting with global leaders and heads of these corporations,” Jordan said. “There’s no better time or place to make an impression and to hopefully start a conversation that the student can pick up and turn into an internship or job, which has happened to the bulk of the teams at the summit.”

“Participation in case competitions is as much about the experience and the problem-solving as it is with networking with the people who are going to be there,” Betten said. “Goizueta is trying to build a real estate focus as part of a new strategic plan that Dean [Erika] James has put in place. I thought of no better way to bring that type of recognition to our program than to compete in these things and win.” 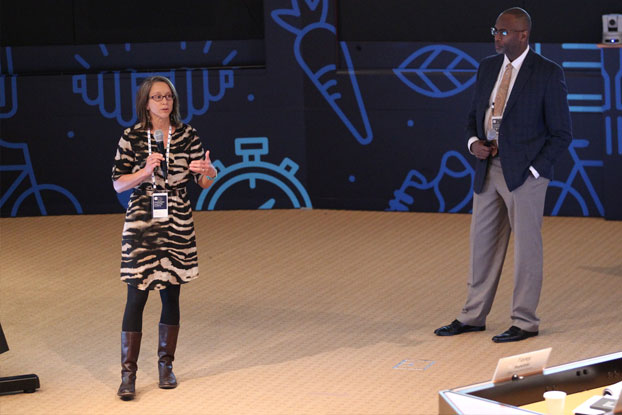 Side Effects Great if Debt Ceiling Not Raised

Magnifying the Power of Human Capital in Mergers and Acquisitions