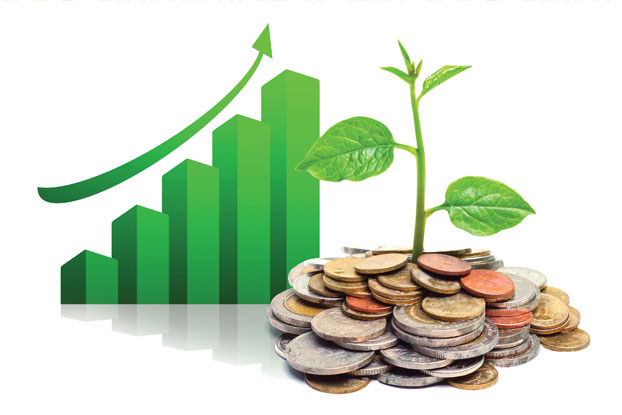 Every year thousands of foundations give billions of dollars to nonprofits in the United States. And more and more of them are now tied to corporations: 40 percent of all US companies have set up a philanthropic foundation, and that number is growing.

“There’s been a big push over the last decade for corporations to be more socially responsible, to address the most pressing needs in society,” says Wesley Longhofer, assistant professor of organization and management.

It’s critical for the nonprofit sector to understand this phenomenon, he says. “As nonprofits are increasingly turning to corporations for money, they need to know, do these behave like the foundations we’ve always worked with? Or are they different?”

The Social Enterprise @ Goizueta (SE@G) team set out to answer that question three years ago, when Peter Roberts and Justin Koushyar 08MBA 16PhD began collecting data on foundations’ giving patterns. Roberts, professor of organization and management and academic director of SE@G, brought Longhofer onto the project team when he joined Emory in 2012.

What we find is actually pretty interesting. Corporate foundations tend to give more, because they tend to be bigger.
But they give more grants total so the grants are smaller in size. And then they tend not to give grants over the long term. – Wes Longhoffer [/pullquote]

“I think my work fits with SE@G because it’s really about how organizations come together to achieve some kind of social good,” Longhofer says. He first became interested in foundations as a sociology graduate student conducting research in Bangalore, where he noticed a pattern of entrepreneurs leaving the burgeoning IT industry to set up foundations. When he asked why, “they would cite philanthropic leaders in India, or they would cite Gandhi. They would point to Bill Gates and say, ‘well, the Gates Foundation is redefining the world.’” (Last year alone, the Bill and Melinda Gates Foundation awarded $3.4 billion in grants.)

But this particular study focuses on US-based foundations, whose tax forms are publicly available. Still, “it’s messy,” Longhofer says. “Oftentimes they’re handwritten, especially for some of the smaller organizations.”

“The best data tends to be more challenging,” adds Koushyar, a former chemical engineer. “We know a lot about foundations generally. They’re required to report their tax information, so you can see the numbers on these guys. But what we know much less about is who they’re giving to, so part of the challenge for us was extracting all the other
information.”

In theory, the Walmart Foundation, for example, should behave no differently than the Rockefeller Foundation. But researchers suspect that the more complex market-based motivations of company-sponsored foundations (CSFs), with their links to corporate parents, influence their  decision-making.

The SE@G team took a sample of 300 CSFs and 300  independent foundations and analyzed their giving for two years. Each CSF was paired with an independent foundation about the same age, from the same location—“to  ensure we were comparing apples to apples,” Koushyar  explains. The sample included 61,000 grants, with  research assistants manually sorting through 10,000 of them.

“What we find is actually pretty interesting,” Longhofer says. “Corporate foundations tend to give more, because they tend to be bigger. But they give more grants  total”—59 each year on average, compared to 25 for independent foundations—“so the grants are smaller in size. And then they tend not to give grants over the long term.” Data showed that independent foundations gave about $6,000 per grant, while CSFs gave $3,900.

One surprise was that CSFs weren’t giving to specific types of nonprofits over others. But there are some clear implications of company sponsorship on foundation  behavior. Corporate social responsibility programs are meant, in part, to enhance a company’s brand, so it makes sense that CSFs associate with a wider range of nonprofits to reach more stakeholders. They also raise significantly more money each year than their independent counterparts and have lower  overhead costs, enabling them to make more grants overall.

“It’s not that CSFs are less expensive, but that they’re leveraging the resources of their corporate parents,” such as office space, Koushyar says.

Quite a bit of research has been done on how corporate  philanthropy influences corporations. But what does it mean for  nonprofits?

“If I was a nonprofit looking for money for the first time,”  Koushyar says,” and maybe I don’t have the relationships in place, I’m more likely to obtain money from a corporate foundation. But I could expect a smaller amount of money, and I might not expect money again from them.”

Nonprofits can treat these grants as seed money to get operations off the ground, Longhofer says. “You can meet some basic benchmarks to demonstrate success, and then seek out one of the independent foundations that might be more interested in a long-term relationship.”

The results of the study are leading to additional research on philanthropic differences between public and privately held companies. “When you think about the nexus of control of a private organization, there might not be much difference from a wealthy individual controlling a foundation,” Koushyar says.

But there are also more immediate practical applications, Longhofer points out. “A lot of academic research doesn’t necessarily have a tangible impact in the ‘real world,’ but what’s cool about what we do in Social Enterprise is that we have local partners, such as the Clarkston Development Foundation, and we work with them on their programs. So when we write a paper on foundations, it also informs how we see the world and how we interact with our partners.”