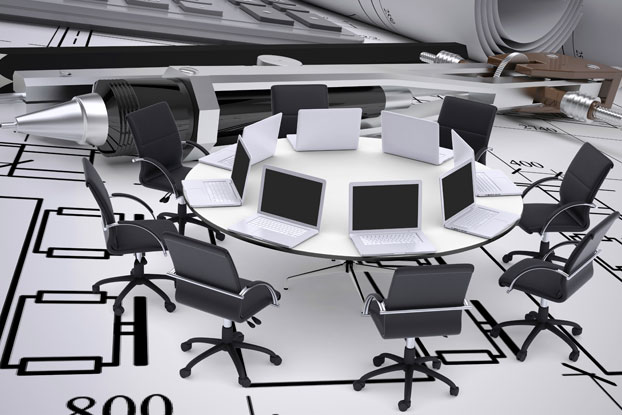 Technology is a constant game-changer in business and in the world at large. Benn Konsynski, George S. Craft Distinguished University Professor of Information Systems & Operations Management; Sandy Jap, professor of marketing; and David Schweidel, associate professor of marketing and codirector of the Emory Marketing Analytics Center (EmoryMAC) sat down to discuss the likely trajectory innovation will bring to work and the workplace.

EB: Technology has disrupted the world of work for more than two decades. So what does the future hold?

Konsynski: Students need to realize that the jobs they’re likely to have in the future probably don’t even exist today. Therefore, they’ll need an adaptable skill mix that allows them to shape themselves to the jobs that are emergent rather than to expect a job structure from ten years ago.

Schweidel: Technology will facilitate a lot of gains in efficiency and cost cutting. Jobwise, those tasks that we are able to automate will result in some job responsibilities being eliminated. If we take a marketing job, for example, I’m not going to be slicing and dicing data in spreadsheets or spending all my time running a lot of analyses. Instead, a computer program will complete the analyses, and then I will review the results and determine how to drive the business forward.

Jap: In ten years we’ll see more virtual spaces. We may even be at the point of 3D holograms like in Star Wars. This technology will evolve because of the recognition that there’s still some value in coming as close as we can to interpersonal rapport.

Along this same vein will come more recordings. We’re already recording everything that we enter into a computer, but we’ll also record a lot of nonverbals. Today, we’re collecting and using a lot of emotions data to analyze people’s reactions and thoughts even before they can express them. What would stop that capability from permeating our workplace? Think about what that means for recruiting, not just customer analysis.

Schweidel: When we do Skype interviews or in-person interviews, that could all be recorded and digitized, and it could be analyzed for future interpretation. Clearly, some of this technology is already in place. We’re not that far off from what’s possible today to what’s science fiction.

EB: We know that technology has blurred the lines between work and home; what are the repercussions for the future?

Jap: Trying to juggle between work life and personal life is complicated no matter what. On the one hand, while it’s good to have a more flexible schedule with technology, you can also argue that it makes it so you can’t escape from the box.

Schweidel: If you consider the tools we use both professionally and personally, how many people maintain distinct profiles online? No one. We’re not that good at creating those demarcations. When we use the same tools in both areas—whether it’s Facebook, LinkedIn, Twitter, Google, or Microsoft—it’s naïve to think we can make clean distinctions between work and home.

Konsynski: The perception that we can separate those things is irrelevant. I don’t think they should be separable, because your non–work life still reflects on your work life. When I was growing up, personal and private meant the same things. To this generation, personal and private are not the same. We have to remind our undergraduate students today that HR people will look at their Facebook page. They don’t always appreciate the fact that their private lives are used as a judgment in their job activity.

EB: Will this lack of separation further disrupt marketing?

Schweidel: Now, consumers are more involved in defining the messaging around brands. We’re going to stop talking about digital strategy. We’ve got a digital channel, we’ve got social media, we’ve got brick and mortar, but at the end of the day it’s all marketing. That means we need a comprehensive marketing strategy that takes into account the synergies that exist across these different channels.

EB: Is there a role for creativity in technology?

Konsynski: I’m very passionate about this. People perceive technology as constraining, but it contains the highest liberation as well. Design and architecture and structure can lead from creative processes. That’s how we innovate, and that’s how we move.

Jap: Since technology breaks down a lot of our silos, we’ll come up with more cross-functional solutions. Solutions to problems going forward will become more creative and exciting to study and to watch. It’s hard to say where the

EB: Tech has changed higher education, including the way we teach, so what has changed and what, if any, are the downsides to technology in the classroom?

Jap: Students are most interested in robust technology and a robust platform. They want to know where to go to consistently get the information that’s important. As for classroom technology, students come with the built-in assumption that multitasking is okay, but there’s a lot of research that shows that multitasking does not make us more effective. So for the first time ever this year, I’m telling students to close their laptops.

Schweidel: Exactly. It’s not about the tools we’re using, but the overall experience. Before we focus on the latest tool, we should ask if it lets me do my job better than I was able to before, if it delivers a better experience to the students.

EB: Do you have any concerns about technology’s role in the future?

Jap: It may be that technology impacts not just what we do but the kind of people we become. Are we ultimately still getting to the same endpoint as people or are we becoming different?