Home Faculty Knowledge Creation: A look at research from Spring 2016

A significant marker of a leading business school is the creation of new knowledge. Goizueta faculty, using rigorous methodologies, focus on researching important problems that affect the practice of business. The following is a sample of recently created new knowledge.

Demand uncertainty can present a serious challenge for any business, especially when it comes to managerial decisions on inventory. But when an economic downturn happens, the challenge becomes systemic. According to research by Nikolay Osadchiy, assistant professor of information systems & operations management, and coauthors Vishal Gaur (Cornell U) and Sridhar Seshadri (Indian School of Business), systemic risk is more greatly felt depending on where a company sits in the supply chain. The trio discovered that while an economic downturn presented a serious hurdle for retailers, wholesalers, and manufacturers alike, manufacturers were more prone to systemic risk given their placement upstream in the supply chain. Manufacturers had “a more dispersed customer base,” which the authors noted was more closely “associated with higher systematic risk.” Manufacturers also experienced greater systemic risk due to the effect of aggregation of orders over time. They wrote, “A market shock in one period may affect sales over several periods due to lead times and time lags in managerial decision making.” Management Science (2015)

In a research study from Edward Owens, assistant professor of accounting, and Joanna Shuang Wu (U of Rochester), the authors examine bank reporting of short-term borrowings in the repo market. Repo borrowings, otherwise known as sale and repurchase agreements, are essentially collateralized loans known for their short-term nature. The authors note that repo borrowings are typically associated with risky trading behavior, especially due to their opaque nature and role in the recent financial crisis. Owens and Wu found that current financial reporting requirements for banks might not adequately capture a full accounting of the risks associated with a bank’s repo liabilities. Specifically, end-of-quarter balance sheets may not correctly show the risk levels from repo borrowings exhibited throughout the quarter. The researchers analyzed quarter-end deviations in bank repo borrowings to better study the risk they represent. The primary research sample for the study was pulled from “13,548 bank-quarter observations across 573 unique publicly traded bank holding companies.” The authors attribute some of the deviation to what is termed “window dressing,” a step banks might take “to temporarily reduce the reported level of repo borrowings around quarter-end reporting dates.” Expected fluctuations in bank depositor and borrower activity around the end of the quarter did factor into the deviation as well. Review of Accounting Studies (2015)

For business leaders engaged in negotiations, it’s essential to constantly analyze and revisit their negotiation strategy to avoid many of the errors typically made in the process. In the Handbook of Conflict Management Research, Erika Hall, assistant professor of organization & management, and coauthors Brian Lucas (U of Chicago) and Leigh Thompson (Northwestern U) offer a window into negotiation methods and some of the mistakes negotiators make along the way. The trio discovered and defined three specific errors that occur in negotiations, including what they label as domain myopia, the self-preoccupation effect, and the script hijack effect. Domain myopia is described as the “tendency for negotiators to fail to see meaningful parallels across negotiation situations that might appear different on the surface, but have meaningful underlying similarities.” Hall and her coauthors also describe the self-preoccupation effect, where negotiators let their emotions win the day and subsequently lose perspective. The third scenario that they define is the script hijack effect, which they describe as “the tendency for negotiators to feel compelled to follow a script, often based on stereotypes.” According to the authors, the problems they document apply across a variety of industries. Handbook of Conflict Management Research (2014)

Improved trading technologies are changing the markets, facilitating the boom in algorithmic trading and the growth of hedge funds. Liquidity and trading volume continue to hit record levels. In a research study, Tarun Chordia, R. Howard Dobbs Professor of Finance, and coauthors Avanidhar Subrahmanyam (UCLA) and Tong Qing (Singapore Management U) analyzed whether or not increased liquidity and the trading activity of hedge funds has had an impact on financial market anomalies. Anomalies are return patterns that are inconsistent with the basic risk-return paradigm of finance. Increased arbitrage is a possible factor in attenuating the impact of anomalies, including momentum, reversals, accruals, etc. To find the link, Chordia and his coauthors studied proxies for arbitrage trading, including “the impact of the decline in the tick size due to decimalization and the impact of hedge fund assets under management, short interest, and share turnover.” The researchers referenced a wide sampling of equity market anomalies for more than three decades to show that increased liquidity and hedge fund trading activity did ultimately result in the decrease of  the “economic and statistical significance of these anomalies.” Journal of Accounting & Economics (2014)

In a research paper, T. Clifton Green, associate professor of finance and doctoral area coordinator, and coauthors Russell Jame 10PhD (U of Kentucky), Stanimir Markov (Southern Methodist U), and Musa Subasi (U of Maryland) focused their investigation on broker-hosted investor conferences to determine their impact on investor research. They studied 68,194 presentations by 4,394 companies at 2,749 investor conferences led by 107 brokerages for the period January 2004 to December 2010. According to the data, Green and his coauthors concluded that brokerage research analysts were more likely to provide better research for firms that participated at their conferences. Conference-hosting brokers were more likely to provide “more informative stock recommendations and more accurate earnings forecasts” than non-hosts. They discovered that firms participating in “broker-hosted investor conferences have a closer relation with the hosting analyst than with non-hosts, resulting in more private interactions (e.g., more company visits and meetings with management) and a continual flow of value-relevant information throughout the sample period.” Journal of Financial Economics (2014)

Despite the prevalence of using outside vendors to handle a company’s software development, little is known about the best way to effectively share the knowledge critical to a project’s success among the client and vendor software team members. In research from Anandhi Bharadwaj, professor of information systems & operations management (ISOM) and Goizueta Term Chair in ISOM, and coauthor Nikhil Mehta (U of Northern Iowa), the duo determined that knowledge integration on outsourced projects is further complicated by the uncertainty often inherent in software development. Bharadwaj and Mehta analyzed 139 vendor development teams taken from sixteen Indian software companies for their research. The authors found that the manner in which software teams share and protect the information resources they have impacts the knowledge integration ability of the team. Since software teams operate under conditions of resource scarcity and dependence, team leaders need to ensure that their software development teams have not only the requisite technical skills but also the ability to import needed skills and knowledge from external sources and share it effectively within the team.  An important implication of Bharadwaj and Mehta’s research is that organizations should develop holistic performance appraisal policies that assess software developers for both intergroup and within-group activities. Journal of Management Information Systems (2015)

Identity and the digital world

According to research from Jagdish Sheth, Charles H. Kellstadt Professor of Marketing, and Michael Solomon (UNC), the idea of identity is evolving, impacted by the growing influence of the digital world. The authors’ groundbreaking study builds on a seminal paper from Russell Belk, written in 1988, which identified the role that possessions play in an individual’s life and how external elements are critical to how people self-identify. The duo uses Belk’s findings on consumer behavior, taking it a step further by applying his concepts to current day, with the online world in mind. Sheth and Solomon found that traditional boundaries between an individual’s offline and online life are increasingly blurred, resulting in what they term the “digital extended self.” People are creating a new sense of identity, courtesy of the information posted, the persona created, and the relationships developed online. They write, “A social footprint is the mark a consumer leaves after she occupies a specific digital space (e.g., today’s Facebook posts), while her lifestream is the ongoing record of her digital life across platforms (e.g., registrations in virtual worlds, tweets, blog posts).” Not surprisingly, the notion of just what defines a consumer is changing. User-generated content and online consumer reviews have altered the nature of relationships between the producer and consumer. The authors’ findings have critical implications for marketers looking to get a better understanding of consumer behavior. Journal of Marketing Theory and Practice (2014)

As television watchers get inundated with commercials, the temptation to flip the channel grows. In the hopes of better connecting with consumers, advertisers are increasing their efforts to get product placements directly into TV shows. In a research study, David Schweidel, Goizueta Term Chair, Caldwell Research Fellow, and associate professor of marketing, and coauthors Natasha Zhang Foutz (U of Virginia) and Robin J. Tanner (U of Wisconsin) took a look at how the synergy between product placements and traditional commercials can keep viewers from flipping past the ad. The trio found that by simply putting a product in a television show and then immediately following it up with a commercial featuring the same product, viewers were more likely to stay tuned to the commercial. “The audience loss during the ad decreases by 5%,” they note. The effect was intensified when differing products from the same brand were shown in a program and then in a commercial immediately following the TV show. They write, “This indicates a positive synergy between the two activities that can reduce audience decline by more than 10%.” When products of different brands were featured in a television program and in a subsequent commercial, audience loss increased. Marketing Science (2014)

“How to talk with your team about the violence at the U.S. Capitol,” Harvard Business Review 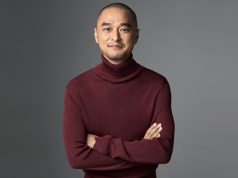 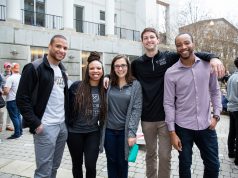 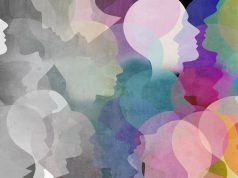 Why are U.S. corporate boards under-diversified? 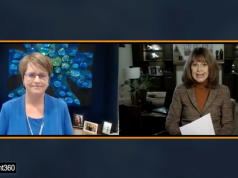 “Interim Dean Karen Sedatole on Whether Money is the Best Motivator for Employees,” NewsPoint360