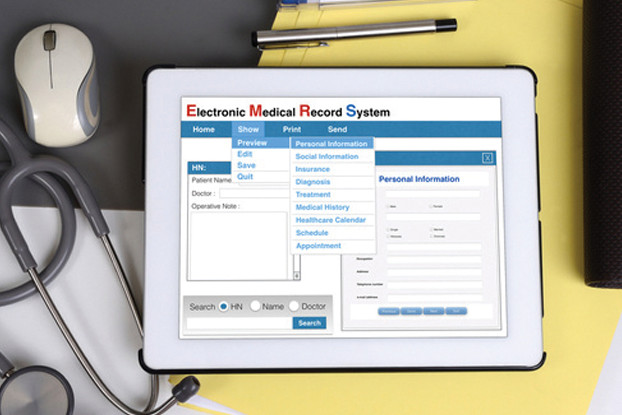 A significant marker of a leading business school is the creation of new knowledge. Goizueta faculty, using rigorous methodologies, focus on researching important problems that affect the practice of business. The following is a sample of recently created new knowledge.

The return on international investment products

Individual investors have access to an ever-increasing number of US-registered equity funds that invest in international assets, as well as institutional investment products focused on global assets. Despite the growing importance of global equity markets for US investors, there is little academic research devoted to their study. Jeffrey Busse, associate professor of finance, Amit Goyal (University of Lausanne), and Sunil Wahal (Arizona State U) advanced the research, tackling the common theory that less developed markets are less efficient and, consequently, “exploitable by active fund managers.” The trio analyzed a large sampling of active retail mutual funds and institutional products investing in global equity markets, concentrating their research on a sample period from 1991 to 2009. The authors used quarterly returns net of trading costs and gross of fees. They also collected information on annual fee schedules, portfolio turnover, and assets under management. On average and in the aggregate, the data showed a lack of “superior performance” for the sampling. The research paper won the Spangler IQAM Best Paper in Investments Prize at the 2014 European Finance Association Annual Meeting in Lugano, Switzerland. Review of Finance (2014).

The effect of multitasking on worker performance Diwas KC, associate professor of information systems & operations management, completed an in-depth investigation of the impact of multitasking in a complex work environment by analyzing patient ﬂow and clinical data of physicians in a large hospital ER. The study provides important findings for understanding multitasking and its “implications for a knowledge economy, where attention and focus are significant drivers of productivity and quality.” The research indicated that multitasking starts out as a positive influence on work, giving physicians the “ability to utilize idle time between tasks.” Additionally, lower levels of multitasking actually improved the quality of care, since “low levels of stress can aid cognitive function.” Once multitasking behavior became excessive, productivity declined dramatically due to a variety of factors, including work interruptions and coordination costs. A higher level of multitasking also led to a drop in detected diagnoses and an increased rate of revisits in a 24-hour period for patients initially treated in the emergency department. Physicians spent less time with patients and their overall focus suffered. Manufacturing & Service Operations Management (2014).

Electronic health records and the impact on workflow and costs Healthcare practitioners and hospitals were initially slow to implement electronic health records (EHR) due to the perceived cost. The financial incentives from Medicare/Medicaid to adopt EHRs helped alleviate some of that concern, but the actual impact on workflow and profits, irrespective of those incentives, are still under investigation. In a research study, Steven D. Culler, adjunct associate professor of finance, along with David J. Ballard (Baylor Health Care System); Edmund R. Becker (Emory University); Dunlei Cheng (U of Texas); Briget da Graca (Baylor Health Care System); Neil S. Fleming (Baylor Health Care System); and Russell McCorkle (HealthTexas Provider Network) analyzed administrative, payroll, and billing data from 26 primary care practices in a Dallas-Fort Worth, Texas-based fee-for-service network that implemented EHRs from June 2006 through December 2008. In the 12-month period following implementation, staffing expenses increased 3 percent and practice costs increased 6 percent. The data revealed that “productivity, volume, and net income decreased initially, but recovered to/close to preimplementation levels after 12 months.” Given the recent rollout of EHRs across the country, the researchers noted the need for a longer-term investigation of the impact on productivity and costs. Health Services Research (2014).

The brain, human behavior, and accounting Accounting is essential to market economies, setting up what is basically a moral code for financial transactions. Drawing from new and related research, Gregory B. Waymire, Asa Griggs Candler professor of accounting, argues that accounting does have a moral basis because it is designed to encourage and promote ethical behavior. To support the point, he used existing functional MRI research showing how the brain responds to accounting information. Studies show a clear link between earnings news and increased brain activity, as well as accounting information and changes in human behavior. Waymire notes that accounting has the ability to create trust in economic exchange and establishes a way to benefit from it. Additional neuroscience research will play a critical role in furthering our understanding of the relationship between accounting and human behavior. The research is particularly salient for auditors as they work to improve investor trust. The Accounting Review (2014).

Large corporations, government agencies, and political campaigns increasingly are using social media listening platforms and software to monitor public sentiment online. According to research from David Schweidel, associate professor of marketing, and Wendy Moe (U of Maryland), the information gleaned from social media can provide useful insights for decision making, but only if the “comments are measured appropriately.” Since prior marketing research has focused on one social media venue or failed to acknowledge the differences in multiple social media venues, Schweidel and Moe discovered that these measurements of public sentiment fell short. Instead, they analyzed brand sentiment for an enterprise software company and a telecommunications business across a variety of social media platforms. Accounting for factors that varied across different social media platforms, the authors derived a measure of general brand impression (GBI). They showed that general brand impression was a leading indicator of shifts in brand tracking studies and stock price movements. Taken together, Schweidel and Moe’s “measure of GBI effectively captures movement in the underlying sentiment toward the brand.” Journal of Marketing Research (2014).

In a new research paper, Melissa Williams, assistant professor of organization & management, developed a framework to better understand when and why leaders use their power for personal gain. She discovered that a variety of traits, characteristics, and values, such as feeling less of a sense of guilt, made leaders more likely to exhibit self-interested behaviors. Individuals who were more narcissistic, less humble and honest, and generally less agreeable also had an increased chance of abusing their power. Leaders with an individualistic and competitive streak as well as those with a lower sense of morality were also more likely to act on self-interest. Threats to power especially increased self-serving behavior for those with a propensity for it. Williams added that “because positions of leadership are desirable and hedonically pleasurable, leaders facing threats to their power will prioritize self-interested actions that secure their own power over behaviors that serve shared goals.” Interestingly, for the individuals who did not have self-interested traits and values, power actually decreased the likelihood that they would become self-interested. Journal of Management (2014). Much of the research into management expectations of earnings announcements has centered on firms meeting the expectations of analysts as a group. Goizueta PhD graduates Marcus Kirk 09PhD (U of Florida) and David Reppenhagen 10PhD (U of Florida), as well as their co-author Jennifer Wu Tucker (U of Florida), take the research in the field a step further by documenting the role of individual analyst forecasts in investors’ evaluations of reported earnings. They note that investors may use individual analyst forecasts as additional benchmarks in judging reported earnings since common summary measures of expectations of analysts as a group underutilize private information in individual analyst forecasts. The research indicates that when a ﬁrm misses the key analyst forecast, it does not experience a positive earnings announcement return, on average, even if it meets the consensus forecast. The trio also shed light on how investors process earnings news by offering a clearer picture of how the market prices meeting/beating outcomes. The Accounting Review (2014).

Are alternative investments right for the average person?

Given the risk, alternative investments were once considered only appropriate for the affluent and institutional investors. However, investment firms increasingly are offering alternative investment products, including mutual funds, ETFs, and private equity funds with strategies similar to hedge funds, to less affluent people. While average investors are responding eagerly to the move and forking over billions for alternative offerings, there are critics who argue that nontraditional assets are simply too risky for them. In a news article, Klaas Baks, associate professor in the practice of finance and executive director of the Center for Alternative Investment at Goizueta, offered his support of the investment strategy, while George Papadopoulos, a fee-only wealth manager, cautioned against it. Baks noted that alternative vehicles allow less affluent individuals to diversify their portfolios. Alternative investments also require minimal initial investment. Papadopoulos wrote that the risk and fees, as well as a lack of transparency and liquidity, were reasons to avoid nontraditional assets. In the article, Baks contended that all investments offer some risk but that alternative investments, when used correctly, also provide critical access to leverage. Wall Street Journal (2014).