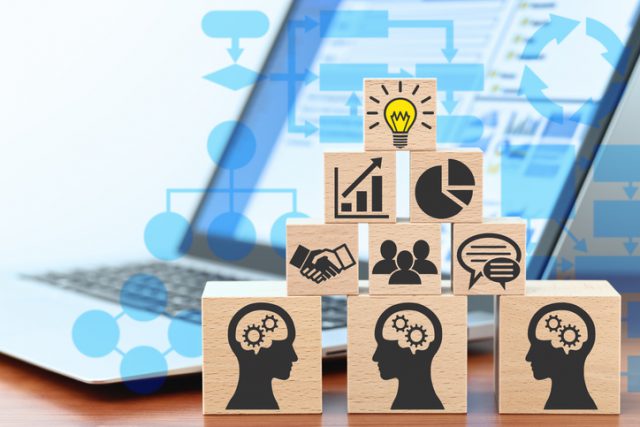 Do we dismiss bad news because we know better?

No one likes getting bad news. But grim tidings can, at least, inform our decisions and help us make better choices, right? Not necessarily, says Diwas KC, associate professor of information systems & operations management. Together with colleagues from UNC and Harvard, KC tested the hypothesis that we sometimes stick to pre-existing ideas even when bad news should reshape our perceptions. They looked at responses from 147,000 cardiologists to a 2016 announcement by the Food and Drug Administration criticizing a type of artery stent. While the doctors were generally less likely to use the stent following the news, it turns out that their views on it were also significantly influenced by their own experience and that of their peers. Not only that, but the more experienced they were, the faster they discounted the bad news over time. The study sheds new light on how we respond to bad news, and how perception and experience drive behavioral bias. Management Science (2019)

Most employees are dissatisfied with their company’s performance evaluation processes. This is one of the key findings of a new large-scale study conducted by Goizueta’s Karen Sedatole, interim dean and Goizueta Advisory Board Term Professor, in collaboration with the WorldatWork association. That said, there is one evaluation practice that consistently garners favor: calibration committees, which consist of peer supervisors or higher-level managers who assess performance ratings and adjust them to drive greater consistency across the organization. Surveying more than 250 WorldatWork members, Sedatole and colleagues found that 43 percent of organizations had been using calibration committees in recent years. Some 78 percent of the survey respondents reported that calibration committees were effective at reducing bias, while 82 percent said that they boosted consistency. These findings build on Sedatole’s previous research into calibration committees and their potential to attenuate the issues surrounding subjective performance evaluation. “Pay equity and even-handedness remain some of the most critical issues facing organizations,” she says. WorldatWork (2019)

Deciding whether to buy or sell a company has historically boiled down to two things: sales growth and profits. Recently though, customer-based corporate valuation has been gaining traction on Wall Street and elsewhere. For “contractual” firms that operate a customer subscription system, tracking customer loyalty and engagement is relatively straightforward. But most businesses are non-contractual, making it harder to assess customer-based valuation. A new paper by Goizueta’s Dan McCarthy, assistant professor of marketing, addresses this. McCarthy and Peter S. Fader (Wharton) have developed a methodology that overcomes challenges such as unobservable customer churn and highly aggregated data—things that make customer-based valuation hard to assess. Their model crunches publicly available data like latent attrition, repeat purchasing and time-varying spend-per-purchase patterns to give new depths of insight into overall firm valuation. Not only that, says McCarthy, it also “permits external stake-holders to get beneath surface-level metrics like revenues, and to therefore better understand the underlying unit economics of these kinds of businesses.” Journal of Marketing Research (2018)

Racial stigmatization, employee performance and the tie to lower pay for all

Research shows that there is a tie between compensation and diversity: the more black, minority or female workers there are in a team or company, the more likely it is that salaries for everyone in that team or company will be lower. But new research by Erika Hall, assistant professor of organization & management, suggests that other factors like performance can make matters even worse than previously thought. Hall and colleagues ran two industry studies and a field experiment to determine whether performance can exacerbate or alleviate stigmatization. With poor-performing teams, they found that the presence of black coworkers drives even greater stigmatization and, as a consequence, lower salaries for everyone. This is likely because managers penalize a team under the guise of “poor performance,” but in reality are discriminating against a team with black teammates. When the team performed well, employers no longer had a plausible reason for discrimination, so compensation did not suffer. Hall warns that poor performance can mask racial discrimination within organizations’ culture. Moreover, the amplifying effect of poor performance on stigmatization extends to non-black employees: a lose-lose scenario that can lead to white employees distancing themselves from black colleagues to avoid stigmatization by association. Journal of Applied Psychology (2019)

Employees with families are more absorbed in work than single, childless peers

The ideal employee is single and childless—unencumbered by family responsibility and free to focus more on work. It’s a common perception across many sectors, and for people who are married or have children, the negative connotations can impact career advancement. But new research by Jill Perry-Smith, professor of organization & management, turns this idea on its head. Together with Tracy L. Dumas (Ohio State), Perry-Smith has found that employees who have a spouse or children are actually more absorbed in their work than their single, childless colleagues. Surveying 2,000 business school alumni and analyzing employee diaries, they found that family structures and associated after-work activities have a direct tie to how absorbed people actually feel in their work. “We discover that anticipating family chores or responsibilities after work actually reinforces the work mindset rather than distract from it,” says Perry-Smith. “It keeps employees more psychologically immersed in their roles.” The onus is now on organizations to “work harder to understand the diversity of employees’ nonwork lives,” she says. Academy of Management Journal (2018)

Is effective community action a case of going back to school?

Civic action can be hugely effective. From neighborhood watch to youth projects to traffic safety initiatives, civic engagement has the potential to make meaningful differences in communities. But what happens when communities become more diverse over time? Research by Goizueta organization & management faculty Wes Longhofer, Giacomo Negro and Peter Roberts looks at 30 years’ worth of data from UNICEF’s “Trick or Treat” campaign to find out.

They discovered that counties with greater racial or economic heterogeneity experienced declining fundraising performance, likely because of the fragmentation of shared interests and less interaction between diverse groups. Interestingly, they also found that among the different kinds of community organizations involved in sponsoring civic activities, schools significantly outperformed churches and clubs.

As such, schools could be better equipped not only to bring young people from diverse backgrounds together, but also to mobilize their families around a common goal. In light of this, Longhofer, Negro and Roberts urge the research community to adopt
a more general and systemic focus on schools as critical community organizers. Administrative Science Quarterly (2019)

Personalized recommendation systems can take the work out of deciding what to buy in the densely crowded online marketplace. In theory, they’re good for business too—driving loyalty and sales. But it’s not all win-win, according to new research by Associate Professor of Information Systems & Operations Management Jesse Bockstedt. And that’s because computerized recommendation system don’t just reflect consumers’ tastes—they can actually mold them. Bockstedt and colleagues from Carlson (U of Minnesota) and Kelley (Indiana U) ran a series of experiments, assigning random and erroneous recommendation ratings to downloadable songs. For each 1 star increase in ratings, participants were willing to pay up to 17 percent more for the song. And that’s problematic, says Bockstedt. If recommendation engines can manipulate choices this way, there’s the potential for consumers to buy products that are ultimately disappointing or to ignore products they may otherwise have purchased. Not only that, these anomalies can compound over time, as consumer feedback influences future personalized recommendations, creating a vicious cycle that further compromises prediction accuracy. A case of caveat venditor? Information Systems Research (2018)

Incumbents versus new players—the role of “legitimacy” in customer perceptions

What happens to incumbents when new players enter the market? Goizueta’s Özgecan Koçak, associate professor of organization & management, and colleagues have leveraged the recent legalization of recreational cannabis to investigate this. In 2012, Colorado became the first state to green-light cannabis for non-medical use, creating a domino effect across the country. The researchers used data from Weedmaps, a website, to look at how incumbent dispensaries (re)positioned themselves relative to the newcomers. In counties which had not voted for the legalization of recreational cannabis, they found a “sharpening” of identity among medical dispensaries, with customers typically referred to as “patients.” Conversely, in states where voters were in support of legalizing cannabis for non-medical use, the researchers found a “blurring” of medical and recreational identity in response to increasing competition from new dispensaries with recreational licenses. The study provides a useful framework that integrates local communities’ beliefs about the legitimacy of products to show how producers can (re)connect with current and potential customers. Organization Science (2018) 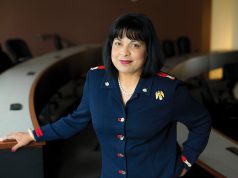 Knowledge Creation: A look at research from Fall 2018